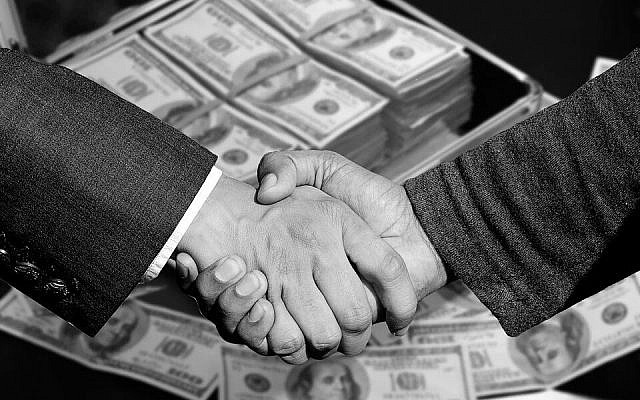 Against the backdrop of heightened Sino-US tensions, Israel is due to enter its 8th round of negotiations for a Free Trade Agreement (FTA) with China. The two nations wrapped up their 7th round in November 2019, and could very well finalize the deal by the close of 2020. The notion of one of America’s closest allies entering into such an agreement with its recently dubbed “strategic competitor” might cause one to raise an eyebrow. But if negotiated wisely, an FTA could, in fact, serve to benefit all three countries.

Since the release of its 2017 National Security Strategy, America has tightened restrictions on Chinese investment in sensitive technologies such as quantum computing and artificial intelligence, and has been encouraging its allies to follow suit.

State Department spokeswoman Morgan Ortagus told National Public Radio that “In our view, foreign investment in Israel — like foreign investment in the United States — should take place within the confines of strong regulatory structures that ensure all companies investing in Israel do so in a responsible manner, consistent with international practices.” She went on to state that “foreign investment should benefit the people of Israel, not undermine Israeli national security.”

Israel has responded swiftly to US concerns by establishing a Foreign Investment Review Committee to vet capital flows into potentially sensitive areas. While less robust than America’s Committee on Foreign Investment (CFIUS), it reflects Israel’s understanding of the current geopolitical landscape and the acknowledgment of the blurring of lines between economics and national security.

An FTA could further serve to allay American fears, while also significantly enhancing economic cooperation between Jerusalem and Beijing.

As the name suggests, Free Trade Agreements remove barriers to trade by offering reduced tariffs and removing quotas as well as subsidies that inhibit the flow of goods and services between countries. FTAs thus promote continued trade liberalization, can induce structural reforms in the economies concerned, and increase market access.

A review of China’s FTAs indicates that many of its partners have benefited significantly from the uptick in trade and investment in the years following the signing of the agreement:

In December 2017, Australia’s Trade Minister Steven Ciobo pointed out that the “removal or reduction of Chinese tariffs has strengthened our export numbers to our largest trading partner – Australia’s goods and services exports to China rose 25 percent in 2016-17 to a record 110 billion Australian dollars (84.3 billion U.S. dollars)” The government in Canberra has gone as far as to call the China-Australia FTA a “historic agreement that is delivering enormous benefits to Australia, enhancing our competitive position in the Chinese market, boosting economic growth and creating jobs.”

Yet much to the dismay of libertarians, in addition to the opening up of markets, modern FTAs have increasingly included more protectionist elements. Many agreements today now incorporate sections detailing the protection of intellectual property rights, rules about cross-border capital flows, investor-state dispute settlement procedures, and the coordination of regulatory standards. FTAs are thus not open invitations to dabble in all sectors of the partner country’s economy.

Those sectors where domestic production is most likely to be adversely impacted by an FTA or that harbor national security risks will be prime candidates for protection either by slowing down or completely eliminating the reduction in tariffs that protect them. China itself has outlined “sensitive industries” that are designated as entirely off-limits to foreign entities based on national security, including telecommunications and the power generation sectors.

For a country like America, whose IP industries support roughly 40 million jobs and account for 34.8 percent of GDP, it’s no surprise to find some of the most robust IP protection mechanisms in many of its FTAs. A good level of IP protection and enforcement would likewise benefit Israeli companies and individuals when doing business abroad. Jerusalem could thus aim to mirror the US approach and include regulations on intellectual property rights such as patents, trademarks, and geographical indications in their FTA with China.

China’s FTAs generally include minimal provisions on intellectual property – limited to a reaffirmation of commitment to TRIPs (WTO Trade-Related Aspects of Intellectual Property Rights) and requirements for broader measures against pirated or counterfeit goods. However, Switzerland has demonstrated that it is possible to negotiate favorable terms in this realm.

In addition to notable supplements granted for both labor practices and environmental services, the Sino-Swiss FTA also sealed a meaningful commitment to the protection of intellectual property. Furthermore, as per the agreement, patents that are registered in Switzerland will automatically be recognized in China, saving Swiss firms the hassle of having to deal with the complex bureaucracy surrounding the registration of products in China.

Israeli negotiators would benefit significantly from examining the Sino-Swiss agreement and pushing for increased protection in strategically important industries while at the same time accommodating American concerns. Just as China prevents access to certain “sensitive sectors,” Israel could do the same in fields like cybersecurity, telecommunications, and insurance. At the same time, it could remove barriers to trade in non-sensitive industries such as agriculture, healthcare, and clean technologies.

At present, Israeli producers and exporters face a competitive disadvantage in penetrating the Chinese market compared to nations that have already ratified FTAs with Beijing. An FTA with China will not only put Israel on a level playing field with these nations but may well place Israel at an advantage over many competitors in the Chinese market. Such an agreement would bring economic rewards to Israel and China, while also serving to mollify the concerns of Israel’s most important ally. The outcome, however, will ultimately depend on the knowledge and skills of the Israeli FTA negotiating team.

*This article was first published at SIGNAL