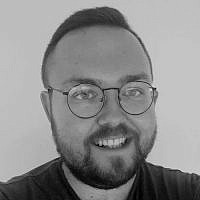 The Blogs
Nadav Lawrence
Apply for a Blog
Please note that the posts on The Blogs are contributed by third parties. The opinions, facts and any media content in them are presented solely by the authors, and neither The Times of Israel nor its partners assume any responsibility for them. Please contact us in case of abuse. In case of abuse,
Report this post.

For many on the Left, the term ‘anti-Zionism’ has become a badge of honor, the real test of whether someone is really on the Left or not. The flag-bearers of the term brand Zionism and the State of Israel as ‘settler-colonialism.’ In doing so, either through ignorance or intent, they cross the line into anti-Semitism.

To understand why, it is necessary to delve into a brief history of European colonialism. The United States of America was founded by the descendants of European settlers. Those settlers arrived in the ‘New World’ without ever having stepped foot there before and without any prior historical, cultural, linguistic, or religious connection to it. The settlers and their descendants looked to the places they had left behind to give names to their new territories and colonies. ‘New Hampshire,’ ‘New Jersey,’ and ‘New York’ are but three examples of places whose namesakes are to be found in the ‘Old World.’ The settlers brought their alien languages, religions, and cultures with them, and imposed them on the indigenous peoples that managed to survive. Similar scenarios were played out in places such as Australia, New Zealand, and South Africa.

Embedded within modern left-wing thought in the English-speaking world is a deep sense of shame about this colonial past. How could it be that White Europeans could travel around the world, to lands they had no connection to, and invade them, colonize them and squeeze out the indigenous peoples? For many on the Left, European imperialism and colonialism mark the advent of modern history. Many of the outrages and injustices which still plague the world today have their origins in that period. There may well be much truth to these claims, but there is one aspect of this ideology which is a complete distortion of history.

As they grapple with their sense of guilt, many Western leftists have grafted their understanding of their own societies’ histories onto the Israeli-Arab conflict. They place Israel among the U.S., Australia, New Zeland, Canada, and, worst of all, Apartheid South Africa as a ‘settler-colonial’ state. They claim that Israeli Jews are ‘European’ colonizers who invaded ‘Palestine’ and stole it from the indigenous ‘Palestinians.’ They assert that what is happening to the Palestinians today is the same as what happened to the native Americans, Aboriginal Australians, and Black South Africans in their own societies. It is here that they radically depart from historical reality.

Israeli flags fly at Latrun ahead of Israeli Independence Day

Unlike the European settlers who arrived on the shores of America, the Jews who returned to the Land of Israel, particularly from the late 19th century onwards, possessed a collective memory of the land they were returning to. They were joining fellow Jews who had already been resident in the land for thousands of years. They, like their ancestors before them, had turned towards this land every day in prayer for millennia. Their forefathers, exiled from this land, had prayed and dreamed of returning to it throughout the generations. They did not need to found a ‘New London’ or a ‘New Moscow’; the land was already peppered with indigenous Jewish place names such as Jerusalem (Yerushalayim), Hebron (Hevron), Bethlehem (Beit Lechem), and Beersheba (Be’er Sheva). It was not English, French, or Russian, which was to become the language of their country. They revived Hebrew, a language native to both the land and their ancestors who lived there. In short, theirs was a story, a religion, a culture, and a language that was indigenous to the land, not foreign to it. It was on that basis that Zionism, the national liberation movement of the Jewish People, sought to establish an independent Jewish state.

The differences between European colonialism and Zionism are clear. European colonialism involved the transplanting of foreign people to lands they had no historical connection to, under the flags of the countries they had left behind. They imposed their alien languages, religions, and cultures on those lands and the indigenous peoples who already inhabited them. By contrast, Zionism involved the return of a people to the land they were indigenous to. It included the revival of their indigenous language, a return to their religion’s holy places, and the resurrection of a unique national consciousness, wholly divorced from the Jewish experience in exile. These unique features mark Zionism not as a colonialist project, but as a national liberation movement.

All of this does not, of course, mean that one cannot or should not criticize the Israeli government or support the rights of the Palestinians. One can acknowledge that the establishment of the State of Israel caused great upheaval to Arab society in the former British Mandate of Palestine/Land of Israel without denying the legitimacy of the Jewish national liberation movement. Indeed, the establishment or reconfiguration of nation-states caused huge upheavals to societies and peoples across the globe throughout the twentieth century. Yet there are no serious movements calling the creation of Pakistan an evil which must be undone, or demanding the return of the 7 million ethnic Germans who were expelled from what became Polish territory between 1945 and 1950. By contrast, the anti-Zionist movement takes great pride in declaring Zionism to be a unique evil. Anti-Zionism makes claims against Israel which are made against no other country which achieved its independence in similar circumstances during the mid-twentieth century.

By demonizing Israel and equating Zionism with European settler-colonialism, anti-Zionists at best ignore, and at worst blatantly deny, the historical, religious, cultural, and linguistic heritage of the Jewish People in the Land of Israel. It is here that they find themselves accused of anti-Semitism. What they are in effect saying to Jews is that we support you so long as you do not assert yourselves as Jews. As long as you stay in Europe or North America, forever an exiled minority, we support you. But, the second you assert your freedom, religion, culture, and language in the land your people are indigenous to, you are our enemy. For the vast majority of Jews, this passes for anti-Semitism.

About the Author
Nadav is a Jerusalem-based researcher and writer. All views expressed are his own.
Related Topics
Related Posts
Comments