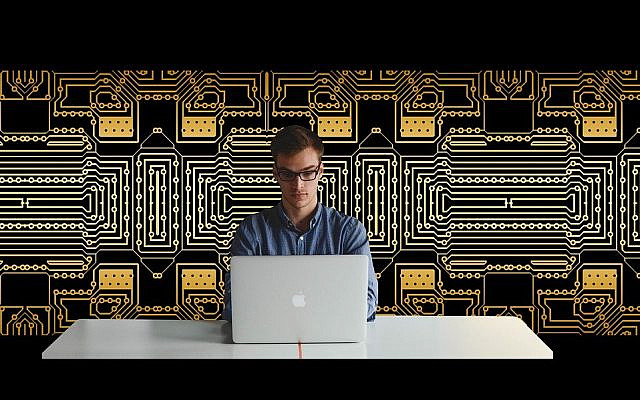 Last month, Microsoft announced that it would follow in the footsteps of other giant tech companies — notably Apple, Amazon, and Google — and open a microchip research and development center in Israel. Though Microsoft has long been involved in the country, with its team at Herzliya already numbering more than 2000 people, the announcement represents a major expansion of its operations in Israel.

In part, Microsoft’s decision can be explained by the vibrancy of Israel’s tech sector. Israeli tech firms have also had a record-breaking start to the year, raising $5.4 billion in just the first few months of 2021, and the country is well positioned to benefit from the tech boom caused by the Covid-19 pandemic. Take a closer look at Microsoft’s recent decision, however, and you’ll see that the company’s expansion into Israel also forms part of a much broader shift in the semiconductor market.

In this article, we’ll do just that.

First, let’s look at Microsoft’s plans. The recent announcement didn’t come as much of a surprise to analysts of the microchip market, because the company has been slowly expanding its hardware development capacity in the country for a number of years.

A year and a half ago, for instance, Microsoft set up a new research group at its offices in Haifa, and tasked them with developing chips for its cloud computing operations. The group, which is currently focused primarily on networking and storage, includes both hardware and software engineers. Its members have formerly worked at Mellanox, Qualcomm, Intel, IBM, Apple and Broadcom.

Over the same period, industry reports suggest that the company has been investing in the long-term viability of these new research facilities. With a cyberattack occuring every 39 seconds around the globe, Microsoft is taking no chances — the company recently announced it will produce hardened underwater data centers, and step up security in research facilities worldwide.

This increased emphasis on security is, perhaps, the clearest reason why chipmakers are moving to Israel at the moment. As we’ve previously reported, the country is blessed with a large number of cybersecurity experts who were trained by public-private partnerships and the product of a decades-long focus on the military applications of cyber techniques.

Look a little deeper, however, and you’ll also see that Microsoft’s recent moves are indicative of broader moves in the semiconductor industry. All four of the big tech companies that now have a significant presence in Israel — Apple, Amazon, Google, and Microsoft — are developing chips in the country. In a further syncretism, all four companies are reported to be developing chips focused on cloud computing operations.

For these companies, the direction of movement is clear. They are slowly moving away from chips developed by third parties, and starting to develop their own chips. This signals a new era of competition among these large tech companies, and one that Israel is well-positioned to benefit from.

There are several reasons for that. Israel has been a leader in chip design for almost a decade now, and several Israeli tech hardware companies appear among the top tech challengers worldwide. The country also has a well-developed marketing and advertising sector, which makes it easy for these companies to hire video makers and other creatives to promote their Israeli-built products abroad.

The most important factor in Israel emerging as a leader in the development of new types of microchip, however, is that experts in this field are already living in the country. There has been something of a “snowball effect,” in fact, where tech companies have hired microchip development experts to work in the country, which has attracted other companies looking to make advances in the same field.

In other words, Israel is fast becoming the chosen “battlefield” for the ongoing “microchip wars.”

The shape of this intense competition is already apparent. Much of the research being conducted by Israeli microchip development teams is focused on a technology known as SmartNIC (or sometimes DPU), a smart networking card that speeds up data transmission on servers in data centers. The card reduces the burden on the server’s central processing unit by taking over some of the necessary tasks itself.

All four of the large tech companies now involved with Israel are researching some version of this technology, and competition among them for employees who are experts in the field is intense. In fact, it seems that one of the major reasons Microsoft recently expanded in the country is because of this increased local competition, which makes it difficult to hire microchip experts elsewhere.

Indeed, in some ways, SmartNIC technology is becoming something of an Israeli speciality. The technology is being developed by Amazon’s Israeli branch, Annapurna Labs, as well; its AWS Nitro is designed for Amazon’s AWS cloud computing service, which competes with Microsoft’s Azure. And Mellanox (owned by Invidia) develops networking cards meant for the entire industry in Israel.

All of these developments are great news for Israel, and for a tech industry that already leads the world when it comes to cybersecurity and networking research and development. Not only has the country built up an impressive level of expertise in these fields, but companies are also benefiting from significant government support aimed at encouraging them to increase their activities in the country.

Seen in this context, Microsoft’s recent announcement comes as less of a surprise than some have claimed. Rather than being a change of focus for the tech giant, an expansion of capacity in Israel seems merely to be continuing an existing trend.