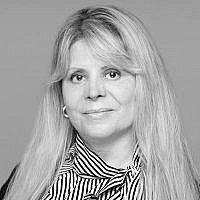 PART II OF A SIX-DAY SERIES

NAZI PROPAGANDA AND THE DEHUMANIZATION OF EUROPEAN JEWRY

Once Hitler concretized his hatred of Jews into a racial ideology, his next step was to convince both, his administration and the German people of the need to get rid of Jews by any means necessary. As soon as he seized power in 1933, he established the Reich Ministry of Public Enlightenment and Propaganda and appointed a rabid anti-semite, Joseph Goebbels as its chief. Goebbels packaged Hitler’s ideology into a propaganda campaign about Germany’s two main “Jewish problems.”

First, the conspiracy of world Jewry which meant the power of Jewish-led international finance to do Germany harm as Jews had joined the forces of the world against Hitler. “They had created the Diktat of Versailles, excluded Germany between the wars from her natural markets, and created an unholy alliance with Bolshevism, cheating Germany of its lawful territorial claims.” Secondly, there was a “sub-human Jewry,” the proletarian Jewish masses, spreading westwards from the reservoirs of Eastern Europe, which had contaminated German blood and would still do so, unless checked. Goebbels began to spread such libels against the Jews through newspapers, films, music, theatre, radio, books, speeches, radio, educational materials and the press targeting all sectors of society, including children’s schools.

Nazi propaganda was as irrational as it was pernicious as illustrated by Goebbels’ frustration about solving the Jewish problem because he did not considered Jews human anymore. In a report to Hitler about a trip to Poland, Goebbels expressed: “They are predators equipped with a cold intellect which have to be rendered harmless — Nazi euphemisms for killing — the Jew is a waste product. It is a clinical issue more than a social one.” Goebbels’ propaganda portrayed Jews as a foreign enemy bent on world domination despite the fact that they were German-born. Paradoxically, Hitler assigned G-d like powers to Jews with their schemes for world domination, while films such as The Eternal Jew portrayed them as the weakest and lowest of animals, from vermin to roaches. Ultimately, the goal of Nazi propaganda was to send a powerful message to the public: the Nazi government had a legal right to rid the country from this “cultural parasite” by any violent means.

HITLER’S ACCOMPLICES AT THE TOP OF NAZI GOVERNMENT

The Nazi regime’s complete dominion over the German Constitution, parliament, police force, court system, political parties, and state officials was legitimized by a series of laws Hitler installed the same year he took office that made him a dictator and gave him the freedom to pick a racist-minded cabinet. On January 30, 1933, Paul von Hindenburg, President of the German Republic made Hitler Chancellor under Article 48 of the Constitution of the Weimar Republic — the German State from 1918-1933 — which granted the President the authority to involve dictatorial power to protect Germany from internal overthrow and foreign threats such as the Communists. While Hitler came to power legally as a Chancellor, after Hindenburg’s death on August 2, Hitler merged the chancellorship with the presidency to avoid power-sharing with a next leader.

Hitler immediately assembled a team of accomplices at the higher echelons of his government who were willing to fulfill his wishes. The Reich cabinet had among its more radical officers and main architects of the Final Solution, Hermann Goering Deputy Head of Government; Joseph Goebbels, Minister of Public Enlightenment and Propaganda; Karl Hermann Frank, Minister of the Gestapo, Kripo, and SD in Germany’s protectorate of Bohemia and Moravia with Reinhardt Heydrich occupying the same position in Germany. Heinrich Himmler was named the Minister of Interior who became “the undisputed master of the Third Reich terror machine, with his faithful lieutenant Reinhard Heydrich by his side.” Himmler took over the SS in 1929 as a small bodyguard unit and quickly turned it into a paramilitary force, positioning the SS as soldierly elite of the Nazi movement. By the time Hitler became a Chancellor in 1933, Himmler had grown the SS from a few hundred men to fifty thousand, and it became even more powerful as Himmler rose through the Nazi state.” Reinhardt Heydrich enforced Hitler’s policies as head of the Gestapo, the Criminal Police (Kripo), the Security Service (SD), and the intelligence agency of the Protection Squadron (SS or Schutzstaffel), a paramilitary group which Heydrich turned into the most powerful terror organization in charge of concentration camps.

In turn, Heydrich charged Adolf Eichmann as head of the Jewish Office of the Gestapo with facilitating the mass deportation of Jews to ghettos and extermination camps in Nazi-occupied Eastern Europe. Himmler appointed another SS officer, Joseph Mengele, as a physician in Auschwitz concentration camps. He had overwhelming powers over life and death of prisoners. He selected victims for gas chambers and performed deadly experiments on prisoners, including children. By assembling an elite group of accomplices ready to execute Hitler’s policies in the legislative, judicial, and court systems, he sealed the fate of the Jews of Europe.

What about Germany’s ordinary people?  Were they Hitler’s accomplices by their mere silence, indifference, passive or active participation in the Final Solution? Is it possible to be blind to Nazi’s atrocities in a regime that built some 42,500 camps and ghettoes between 1933 and 1945 in urban and rural centers which required a large staff and a constant supply of ordinary workers for the entire regime? Three scholars in this survey confirm that ordinary people knew what was going on as early as 1933. “A large number of ordinary Germans gained a surprisingly accurate picture. They witnessed Nazi terror firsthand during processions of prominent prisoners through towns toward nearby camps and they willingly cursed, shoved, and spat by jeering crowds of SS men.” Germans’ cooperative attitude towards Nazis was a testament to Hitler’s propaganda machine which for years before WWII had demonized Jews, Romanis (gypsies), communists, Jehovah’s Witnesses, homosexuals and asocial types, stamping in the collective minds the ideology of racial hygiene, eugenics and anti-semitism. “Gestapo methods and concentration camps were well known in German society; the media widely covered them.

But the crucial analysis here posits that average Germans accepted them because, in the prewar years, the regime packaged it for domestic consumption.” Goldhagen’s analysis of average citizens goes even deeper. He traces back ordinary Germans’s willingness to tolerate and endorse Hitler’s executions to a built-up anti-semitism since the nineteenth century when Jews were identified as malevolent, powerful, and dangerous to the welfare of Germans. “Together with the twentieth century concept of race, explaining the unchanging foreignness of Jews, the German mind-set turned into exterminationist.”. Goldhagen argues that this model was also “extremely widespread in all social classes and sectors of German society, and not just confined to some stratum of intellectual anti-semites, having been deeply embedded in German cultural and political life and conversation, as well as integrated into the moral structure of society.”

In this type of society rife with anti-semitism during two centuries and with no supporting counter image by any institution — not even the Protestant Church which itself promoted Jewish demonization in its Sunday papers —  the staggering number of people who noticed and whispered about Nazi methods in Europe was more than one hundred million, according to Reitingler. “It is difficult to believe that there existed any fully conscious being in Germany and in non German-occupied Europe in the last two years of the war who did not know that most of the Jews had disappeared and who had not heard some story that they had been shot or gassed.” Furthermore, Goldhagen states that the endless supply of people who served at concentration camps, ghettos, and other institutions of execution, were not only willing to join, participate, and kill, but they did so willingly, with initiative, zeal and cruelty. “The perpetrators were not coerced to kill. Never in the history of the Holocaust was a German ever killed, sent to concentration camp, jailed, or punished in any serious way for refusing to kill Jews. It never happened.”