Picture a large, established, prosperous, and well-integrated Jewish community living outside the Land of Israel. Suddenly they are offered an opportunity to leave all that they had built up to go to a completely underdeveloped and unknown homeland. Today, when the Jewish state has been a reality since 1948, many Jews choose not to reside in Israel. Jews prayed, dreamed, and earnestly hoped for the establishment of a Jewish state to call home, and yet now that the dream has become a reality many stay in a self-imposed exile. Thus, it is easy to understand the comparable Jewish situation in the sixth century BCE. 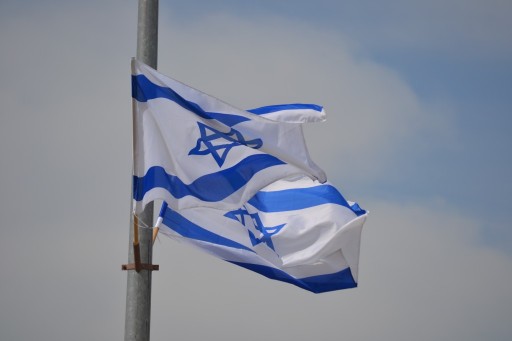 After Cyrus II conquered Babylonia in 539 BCE, he offered the Jews the opportunity to return to their ancestral homeland and rebuild their holy Temple (Ezra 1: 1-4).

In the first year of Cyrus king of Persia, in order to fulfil the word of the Lord spoken by Jeremiah, the Lord moved the heart of Cyrus king of Persia to make a proclamation throughout his realm and to put it in writing: “This is what Cyrus king of Persia says: ‘The Lord, the God of heaven, has given me all the kingdoms of the earth, and He has appointed me to build a temple for Him at Jerusalem in Judah. Anyone of His people among you – may his God be with him, and let him go up to Jerusalem in Judah and build the temple of the Lord, the God of Israel, the God who is in Jerusalem.’

This was a reversal of the policy of his Babylonian predecessors.  Yet the vast majority declined the generous offer, comfortable remaining where they were. “Life in Babylonia was good, and so most of the exiles’ interest in returning was only theoretical.” They had adopted the Babylonian language, dress, and customs, even as they proudly retained their Jewish identity and religion. Many were economically comfortable, having heeded Jeremiah’s (Jeremiah 29:4–7) advice:

This is what the Lord Almighty, the God of Israel, says to all those I carried into exile from Jerusalem to Babylon: “Build houses and settle down; plant gardens and eat what they produce. Marry and have sons and daughters; find wives for your sons and give your daughters in marriage, so that they too may have sons and daughters. Increase in number there; do not decrease. Also, seek the peace and prosperity of the city to which I have carried you into exile. Pray to the Lord for it, because if it prospers, you too will prosper.

The Jews had displayed both the resilience and remarkable degree of adaptability that would later mark the two millennia of the Roman exile.  They had quickly begun to assimilate to their new surroundings, and they had prospered. In fact, the Babylonian Jewish community, later to become the center of world Jewry from the fifth to the tenth century CE, would remain in place for almost 2,500 years, until it was forced to flee after the establishment of the next Jewish commonwealth, in the twentieth century.  Between 1951 and 1952 over 130,000 Iraqi Jews were brought to Israel in a dramatic emergency airlift named “Operation Ezra and Nehemiah.” The Iraqi Jewish population was forced to leave almost all of their money and property behind.  Why wait until it’s too late?