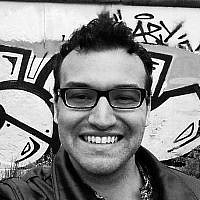 The Blogs
Alon Ghelber
Apply for a Blog
Advertisement
Please note that the posts on The Blogs are contributed by third parties. The opinions, facts and any media content in them are presented solely by the authors, and neither The Times of Israel nor its partners assume any responsibility for them. Please contact us in case of abuse. In case of abuse,
Report this post. 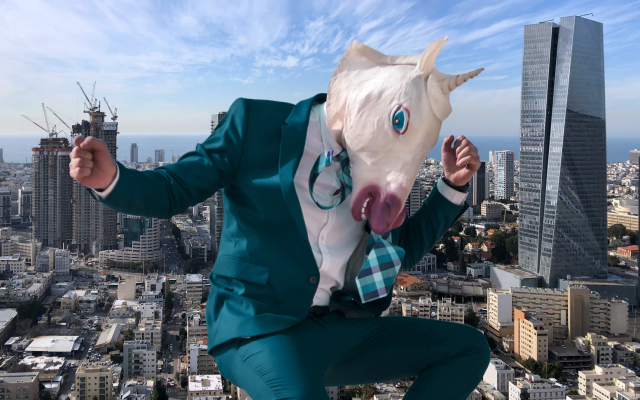 Why Are There So Many Israeli Unicorns?

Israel is the country with the highest number of unicorns per capita in the world. What’s the secret behind this success?

A recent study by Catalyst Investments showed that, in the last decade, Israeli tech firms have reached the coveted “unicorn” status in half the time than in the previous decades. While back in 2013 there was only one Israeli unicorn, today there are more than 65 — of 800 around the world.

“Unicorn” is the term used in the venture capital industry to describe a private start-up company with a value of over $1 billion. Famous Israeli unicorns include Taboola, Gett, Monday.com, SimilarWeb, and Via. Israel is now the country with the highest number of unicorns per capita.

What are the key ingredients of the Israeli start-up ecosystem that enable the growth of so many unicorns? I reached out to over a dozen different Israeli start-ups, leaders, and entrepreneurs to ask that very question, and here’s what I discovered.

“Israel has all the elements of a business powerhouse market on the global stage,” said Keren Levy, Chief Operating Officer at Payoneer, which had a $3.3 billion valuation earlier this year. “First, we are a country that thrives on entrepreneurial spirit; we’re a country of immigrants, who are adept at problem-solving, who are creative, and who are not afraid of change. Our working population is highly trained, a result of the operational and technical knowledge that most of us receive from our military service.”

Then, Levy continued, Israel is a small and tightly-knit country. “Everyone knows everyone. This creates a great environment for networking, for building out ecosystems, and for finding innovative synergies between unrelated companies or industries. It also creates a business environment that necessitates fast, global growth – the domestic market here is too small to support a growing enterprise that doesn’t look across borders.”

“Lastly, there’s a virtuous cycle of economic interest in Israel – seeing the strength and potential of Israeli businesses on the global stage, more global brands and investment firms establish themselves here,” Levy concluded.

Yishay Yovel, Chief Marketing Officer at Cato Networks, which claimed unicorn status in 2020, thinks that the answer is a combination of two factors: “The talent pool that we have coming both from the military and academia, and the culture of innovation and excellence that we grow and nurture,” he said. “With these two ingredients, problems that can be solved with technology meet investors that are looking to be part of this ecosystem, and that’s how unicorns are born.”

“The main ingredients that facilitate the growth of unicorns in Israel are the creativity that is part of the country’s DNA and the focus on foreign markets,” said Boaz Grinvald, CEO of Revuze. “The creativity comes from the fact that Israel is not rich in resources or population, and therefore we have to make do with what we have. Our small population is also the reason why we always look to other, larger markets where we can succeed.”

Ron Yekutiel, Co-Founder, Chairman and CEO of Kaltura, explained that, historically, Israeli companies felt compelled to sell at an earlier stage because of “higher financial and operational barriers to scale, limited access to growth capital, lesser experience in running large companies and abilities to market and sell globally at scale… A hundred million in hand were much better than a billion on a tree.”

“In the age of cloud-based software,” Yekutiel continued, “companies grow faster and cheaper than ever before, and there is an abundance of capital — including new Israeli growth-stage venture capital firms. More Israelis have gained experience overseas, and investors, founders, and top executives have more money and liquidity options, and are willing to take more chances. The hundred million in hand is less exciting, and the tree to get up to the billion is way shorter than it was before.”

​​But not everyone thinks that innovation is the main explanation for the growth of so many Israeli unicorns. Melissa Pekel and Haim Pekel, respectively VP of Marketing and VP of Growth at the start-up Ongage, said: “Investors and companies are looking to avoid inflation in times of uncertainty. Some will go for gold or real estate, and some will invest in growing steady companies, preferably in proven industries.”

Others, instead, focus on creative thinking, combined with the innovative business sectors that have emerged in the country. “The companies in the hi-tech sector in Israel are maturing and establishing their technology and products for the long term — this is reflected as they turn into unicorns,” said Eran Savir, Co-Founder and CEO at the venture capital Menara Ventures.

What’s been happening in the last few years in the Israeli tech scene is the result of a maturing ecosystem, coupled with globalization trends and the involvement of more mature investors, according to Dror Davidoff, Co-Founder and CEO of Aqua Security, which joined the unicorn club earlier this year with a $1 billion valuation.

“Many early founders of Israeli startups either gained experience in larger Israeli companies such as Check Point Software, Amdocs, or NICE Systems or were employees of startups that were acquired by the likes of Cisco, Microsoft, IBM, Symantec, and others,” Davidoff said. “They ultimately left to start their own startups, armed with the knowledge of how to scale a business and operate globally.”

Globalization has made it easier for Israeli companies to reach and engage their target customers, which are located far away, Davidoff continued. “This is especially true in the case of software and more precisely SaaS (software-as-a-service), where geographical barriers are very low.”

“The low-interest economy is driving higher valuation in the stock markets, and this is trickling down to all stages of investment, especially in hot market segments such as cloud, cyber security, fintech, and Medtech. Additionally, COVID-19 has also accelerated the move to cloud-based and SaaS solutions even more, which has given the industry an extra boost,” Davidoff concluded.

About the Author
Alon Ghelber is the Chief Marketing Officer at Revuze. He also works as a marketing consultant for VC sand is a member of the Forbes Business Council. He is also the founder and manager of the LinkedIn groups “Start Up Jobs in Israel” and “High Tech Café.”
Related Topics
Related Posts
Comments