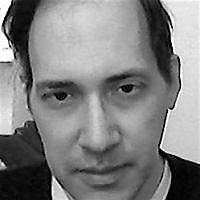 The Blogs
Dan Feinreich
Apply for a Blog
Please note that the posts on The Blogs are contributed by third parties. The opinions, facts and any media content in them are presented solely by the authors, and neither The Times of Israel nor its partners assume any responsibility for them. Please contact us in case of abuse. In case of abuse,
Report this post. 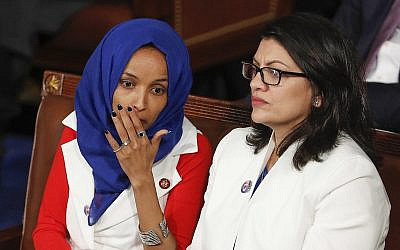 In February, 2021, Jewish Democrats Debbie Wasserman Schultz and Ted Deutch cosponsored a resolution to remove Rep. Marjorie Taylor Greene of Georgia from her committee assignments based, in part, on alleged antisemitic comments and social media posts that Greene made before she was elected to Congress.

Every Jewish Democrat voted to remove Greene from her committees.

So why won’t those same Jewish Democrats demand that Ilhan Omar and/or Rashida Tlaib be removed from their committee appointments on the basis of antisemitic comments and social media posts that Omar and Tlaib made after being elected to Congress?

There are several reasons.

On the flip side, there are no political benefits for Jewish Democrats to push for the removal of Ilhan Omar or Rashida Tlaib from their committees. On the contrary, it could be politically suicidal. Any Democrat who tried to do that would likely face a primary challenger in the next election.

Also, Omar and Tlaib have tremendous support within the Democratic Caucus, particularly from the Congressional Progressive Caucus and the Congressional Black Caucus. Speaker Nancy Pelosi endorsed both Omar and Tlaib during their 2020 primaries. Jewish Democrats such as Andy Levin, Jan Schakowsky, David Cicilline and John Yarmuth have defended Omar in the past. Any attempt to punish Omar on the basis of antisemitism would most likely be undermined by Jewish Democrats like Levin and Schakowsky, who insist that Omar is not an antisemite.

So in the coming years, we can expect more antisemitic Democrats, similar to Omar and Tlaib, to run for public office at all levels of government, including Congress.

About the Author
Dan works part-time as a writer on politics and current events.
Related Topics
Related Posts
Comments