The brutal takeover by the military, renews the debate about how the country should be addressed, Burma or Myanmar. In the past, the country’s electoral commission had told Aung San Suu Kyi to stop calling the country Burma and instead call it Myanmar, its official name.

In a statement published in The New Light of Myanmar, the electoral commission had chided Suu Kyi, “As it is prescribed in the constitution that ‘the state shall be known as The Republic of the Union of Myanmar,’ no one has the right to call the country Burma.”

Aung San Suu Kyi is in her right to do so, and should continue doing so, in light of worldwide condemnation of the country’s military regime. The electoral commission informed the National League for Democracy (NLD) “to address the name of the state as prescribed in the constitution … and respect the constitution.”

Several Western countries, including Britain and the United States, continue to call the country Burma in unofficial statements of support for the democracy movement in the country. “The United States removed sanctions on Burma over the past decade based on progress toward democracy,” said President Joe Biden in a statement following the recent coup by the military. “The reversal of that progress will necessitate an immediate review of our sanction laws.”

There is a long history behind the disagreement on how to call the country. In 1989, the then ruling military junta decreed that the country should change its name from the “Union of Burma” to the “Union of Myanmar.” The move, apparently, was intended to appease minority non-Burman ethnic groups. Later, the name was modified to the “Republic of the Union of Myanmar.” However, many among those opposing the military ignored the modification and continued to call the country Burma, to the evident irritation of the military.

Derek Tonkin, chairman of Network Myanmar, disagrees with the use of the name Burma, “Daw Aung San Suu Kyi no doubt carries a passport stamped ‘Republic of the Union of Myanmar’ and describing her as a ‘Myanmar’ citizen. If she wants to use ‘Burma’ when she speaks English, and ‘Myanmar’ when she speaks Burmese, that’s fine by me. In the same way, she doesn’t tell others what they ought to call her country in English.”

Anthropologist Gustaaf Houtman, an expert on Myanmar’s politics, wrote, “There is a formal term that is Myanmar and the informal, everyday term Burma. Myanmar is the literary form, which is ceremonial and official and reeks of government.” Local opposition groups prefer to use the “old” colloquial name.

Aung San Suu Kyi said she can call her government the way she likes, adding “I used the name freely in keeping with democratic principles.” She also said in Yangon that the military had failed to consult the people when they decided to change the country’s name from Burma to Myanmar in 1991.

There is a strong emotional and moral connotation to the name Burma. It should continue to be used until effective democracy returns to the country and a mechanism is chosen to make a decision on what to call the country. If calling the country Burma enrages the military so be it. It will still be a small price they have to pay for the brutality that for decades they have unleashed on the country. 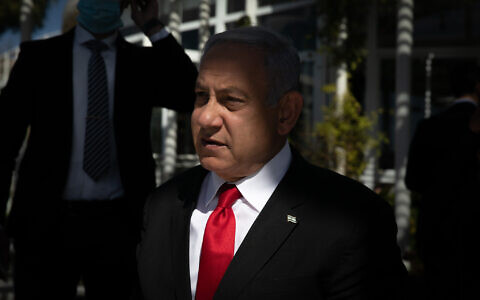