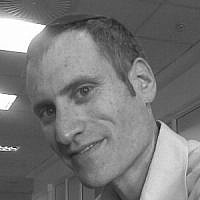 The Blogs
Uri Marks
Apply for a Blog
Advertisement
Please note that the posts on The Blogs are contributed by third parties. The opinions, facts and any media content in them are presented solely by the authors, and neither The Times of Israel nor its partners assume any responsibility for them. Please contact us in case of abuse. In case of abuse,
Report this post. 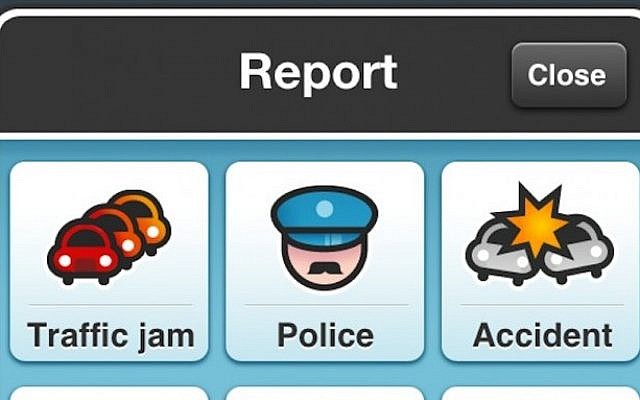 On the 25th of February, 1994, at the Cave of the Patriarchs in Hebron, an attack took place.

The perpetrator of this attack was Baruch Goldstein. He opened fire, killing 29 people and injuring more than 125 others.

Dr. Baruch Goldstein went on this rampage because he was desperate.

He felt he was running out of options, He felt that he had leadership he could not rely on. He saw his world around him crumbling. Everything he believed in was being destroyed. Daily terror attacks resulted in young Jewish lives being lost to Palestinian terrorists.

Doctor Goldstein was treating wounded and dying Jewish civilians on a daily basis. He lived in an area that was dear to him and his family, and his government was intent on giving it away.

He was truly distressed. He was extremely concerned. He felt hopeless.

This is what led to that very bloody day. In Baruch Goldstein’s mind, it was the only way to express his sadness, helplessness and opposition to what was going on.

Baruch Goldstein did something to raise awareness to his plight, his desperation, and the desperation of like-minded people around him. He did not see his victims as being innocent civilians. After his killing spree, he was overwhelmed by the crowd and killed.

On October the 3rd, 2015, Muhannad Halabi, a 19 year old Palestinian, killed two Jewish Israelis in the Old City of Jerusalem. The victims were innocent Jews going about their daily lives.

Muhannad went on this killing spree because he was desperate. He saw his world around him as crumbling, and being targeted by a government he did not vote for and did not represent him. In Muhannad Halibi’s mind, killing innocent Jews was the only way to express his sadness, helplessness and opposition to what was going on.

He did not see his victims as being innocent civilians.

Baruch Goldstein had, and still has, his supporters and sympathisers. But after the murders in Hebron, the Israeli government condemned Goldstein’s terrorist attack. The Israeli leadership distanced itself from such an attack and condemned it in the strongest possible way. A clear message was sent to the Israeli public that this kind of behaviour was deplorable, no matter how desperate an individual or a community may feel. Baruch Goldstein was killed after he had killed innocent civilians. Baruch Goldstein was denied burial within a Jewish cemetery. After his grave site was turned into a shrine by sympathisers, the Israeli government had it destroyed. The Israeli army bulldozed the shrine. This was in line with the 1999 Supreme Court ruling, prohibiting monuments to terrorists, whether Jewish terrorists or terrorists of other faiths.

Following Muhannad’s killing spree, he was killed. The Palestinian Authority praised the attack. A street on the outskirts of Ramallah was named after him, in words of the leadership, “to honour Halabi, who carried out a stabbing and shooting operation against settlers in the Old City of occupied Jerusalem”

Muhammad Hussein, mayor of Surda-Abu Qas, said: ““This is the least we can do for Martyr Halabi”

Muhannad Only Got a Street Name

Street naming is one way that terrorists get glorified by the Palestinian Authority and Hamas. But there are more glamorous ways that terrorists are glorified within these societies. Here are just some examples:

Dr Goldstein, and millions of Israelis feel desperate. They want peace. They do not want to live under the daily threat of violence by Palestinian terrorists or the political threat of further land concessions by the Israeli government.

Muhannad Halibi, and millions of Palestinians are desperate. They do not want to live under the daily checks by Israeli security forces, or the political stalemate that sees their state not coming to reality.

Any attack can be justified by this ‘desperation’. Whether it’s Baruch Goldstein, or Muhannad Halibi.

The conflict in Israel is often referred to with, or represented by, terms such as: violence on both sides; extremists on both sides; David and Goliath; apartheid Israel; oppressor and oppressed; occupier; excessive force

These terms are used by the media, human rights activists, the BDS and their ilk. And these terms lead to a situation that denies the basic reality:

There is no moral equivalency

The leadership on one side condemns terrorist attacks and certainly does not glorify attacks on civilians. To that side’s political leadership, it makes no difference how desperate a person or a community may feel…..The killing of children, women and civilians will never be tolerated and will never be glorified.

The day I find Baruch Goldstein Street on Waze is the day I start seeing the violence as justified.

The day I stop seeing streets like Muhannad Halibi Street is the day I see peace as inevitable.