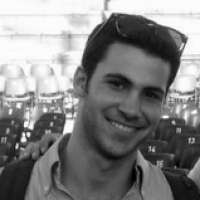 For the past several weeks I have been living in Lod, a city of approximately 74,000, which in many ways represents a microcosm of the social challenges prevalent in contemporary Israeli society. The demographics alone in Lod are a challenge to grasp and navigate. Lod is among the cities in Israel often referred to as “mixed-cities”– a disturbing misnomer, given the alarming segregation of the Arab and Jewish communities. However, the demographic divisions do not fall simply along the Jewish/Arab dichotomy. Within the Jewish population, tensions arise among the Jews of Ethiopian descent, the more-recent migrants from Russia and the Former Soviet Union, the rapidly-increasing modern Orthodox community and the more traditional ultra-Orthodox residents. In the Arab population, perspectives vary vastly depending on whether one belongs to a family based in Lod since before 1948, the Bedouin community or one of the few families of Arabs expelled from Gaza and the West Bank due to their collaboration with the Israeli government.

The social challenges in Lod are neither unfamiliar nor unexpected. Lod faces tremendous poverty, coupled with a significant drug problem; schools are under-serviced and in poor condition; public housing is lacking; violence is omnipresent; the city is severely segregated; basic services, like post-offices, banks and police departments are conspicuously absent in many neighborhoods; and the list goes on.  Perhaps most troubling of all, however, is the utter stagnancy with which these issues are met by both the municipal and federal government.  Lod has not had an elected mayor in over a decade, and consequently many residents do not consider themselves an active force in their democracy and perceive their difficulties as inescapable.

It would be naïve not to admit that the diversity of Lod contributes directly to the breadth and depth of social issues in the city. The various communities agitate for rights that serve their constituencies alone rather than the entire city. Subsequently, communities develop antagonistic relationships, in which each regards its neighbors as more advantaged than its own. An unspoken fantasy exists in Lod, wherein each group assumes its suffering would vanish if it were the sole occupants of the city. This vision is a brazen falsehood, and there are certainly many Lod residents who do not buy into this myth.  Nonetheless the overarching outlook is that Lod is diminished rather than enhanced by its diversity. Rather than alleviate these tensions, the municipality has seemingly shirked responsibility by pitting each community against the other as scapegoats for the shocking deficiencies in the city.

The situation in Lod, however, does not represent mere municipal shortcomings. Increasingly, Israeli society has developed a tendency of turning a blind eye to social issues. I take pride in calling Israel the Jewish State, but I struggle to understand how a Jewish State would not seek to treat all its inhabitants as humanely as possible. Looming foreign crises have provided a convenient excuse for sweeping more quotidian concerns under the rug. This attitude must be changed if Israel has any intention of remaining some sort of light unto the nations.

I have no delusions. Learning to coexist in a city like Lod will not eradicate poverty nor will it reopen schools; however, ignoring the fact that these various communities must share the city, and the country, is untenable for the Israeli government and people. I hesitate to make any projections about the future in these posts because the course of Israeli history has time and time again rendered such predictions futile.  Despite this, I can say with some certainty that a wide array of people from differing backgrounds and traditions will continue claiming the land between the Mediterranean and the Dead Sea as their homeland. Thus, making certain groups feel alienated or disadvantaged only weakens the country. For ultra-nationalist Jews, who are often accused of perpetrating the injustices in Israel most flagrantly, this is an especially unsustainable policy. If such Jews foresee an Israel with a Jewish character, in which Jews govern themselves, it is more prudent to make those who do not share this vision comfortable in the state, rather than forcing them into circumstances that compel them to defy this vision.

I do not expect coexistence to materialize as it has often been portrayed: all varieties of children, playing peacefully together, irrespective of religion or heritage.  A more realistic approach is for the various populations to recognize that their collective experience in Israel will be enhanced by acknowledging their future together and working in concert for the greater good.

I am hopeful. Lod is holding its first mayoral election since 2003 in October, potentially reinvigorating the notion that citizens have the power to affect change. Lod was once considered one of Israel’s most vibrant, prosperous cities. I am confident that the grave social problems, which afflict Lod so glaringly, may be reversed. Israel, as a Jewish State, has a responsibility to think critically about its social problems, rather than simply eluding them and attributing them to Israel’s extraordinary diversity.