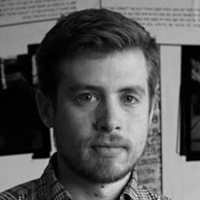 The Blogs
Avner Gvaryahu
Apply for a Blog
Please note that the posts on The Blogs are contributed by third parties. The opinions, facts and any media content in them are presented solely by the authors, and neither The Times of Israel nor its partners assume any responsibility for them. Please contact us in case of abuse. In case of abuse,
Report this post. 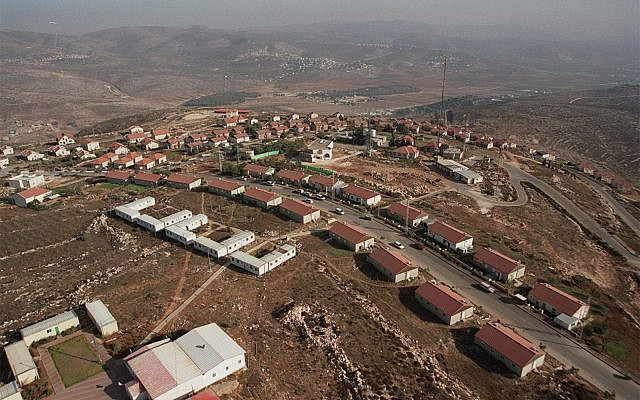 Former MK Yehuda Glick has recently said: “It is a shame the right-wing does not lead Breaking the Silence,” echoing, perhaps unknowingly, an old claim made by Uri Elitzur. In 1994, before he became the chief editor of Makor Rishon, Elitzur wrote an opinion piece entitled “We were wrong for not establishing B’Tselem.”

“Who among us hasn’t occasionally seen bad people dressed in IDF uniforms harassing Arabs for no security reason. I, for instance, remember seeing a young 18-year-old soldier crassly push a dignified looking old Arab man,” he wrote. “We, who wish to see continued Israeli rule, are precisely the ones who should have known this rule would not last if it became corrupted and cruel and understood that it would inevitably become corrupted and spoiled without a critical, independent and resolute civilian body that looked out for its integrity and openly condemned its rotten fringes.”

It has been 26 years since that piece was published, and 53 since we occupied the territories. The settlement enterprise has had representatives in most Israeli governments. The funding it got was used to start hundreds of organizations, none of them were B’Tselem or Breaking the Silence. There were, supposedly, some attempts, for example, “Blue and White Human Rights,” which was launched with much fanfare and disappeared silently. It’s no coincidence.

The reason for this is implied in Yesha Council’s opposition to the Trump Plan. Yesha leaders know that calling the Bantustan-like islands a state is a joke. They know Israeli soldiers would still be sent into Palestinian homes inside their “independent” archipelago and that military checkpoints would continue to dissect the West Bank. They know it, and they oppose it, not for moral or security reasons – the security arrangements proposed by the Trump Plan are not materially different from the situation on the ground today. What they object to is the word “state,” even the watered-down version Trump is offering to the Palestinians.

There is no telling if Yesha Council opposition to the plan helped temporarily take annexation off the agenda, but it has certainly helped to lift the veil. The settlement enterprise is built on oppression, on sanctifying the land over the people who live on it. I know it is not all the settlers who want this oppression – many would prefer for the Palestinians to simply vanish –  but they are willing to live with it.

That is why the settlers never started their own B’Tselem, and that is why Elitzur, too, spoke about the “rotten fringes” in his piece, exhibiting the blind spot that is so typical of the enterprise to which he dedicated his life. To keep up the settlement enterprise, military oppression in the Territories must continue. There is no other realistic option, except population-transfer or worse. Unsurprisingly, even these monstrosities have their subscribers, some of whom are elected officials.

Elitzur himself was aware of some aspects of our control in the Territories: “The Jewish citizen in the country has several layers of protection. There is the law. There is the High Court of Justice. There is the press […] The Arab is completely defenseless against the Israeli regime.”

While the settlers quibble over who exactly had the territories before us, their Palestinian neighbors endure soldier invasions into their homes nightly, experience roadblocks as a fixture of everyday life and have long stopped asking for building permits they will never get. There will always be violent soldiers, but focusing on them is part of the siren’s song: It’s just a few bad apples, not the entire orchard. Violent soldiers can thrive only in a reality where some have rights and others do not, and this is the reality the settlement enterprise demands we maintain. For the settlements to continue, 20-year-olds have to become the de-facto rulers of the space they were sent to man. They decide what Palestinian home their soldiers will invade tonight. They decide who to stop at a checkpoint and how long to stall them.

The violent soldier is the quintessential scapegoat. It is easy to focus the attention on him rather than the system that gives him absolute power so it can continue depriving millions of people of their rights.

That is why the settlers did not start B’Tselem or Breaking the Silence or Yesh Din. That is why whatever little attention the settler establishment pays to human rights will continue to focus on attacking these organizations. The settlement enterprise is built on injustice, and that is why it puts so much effort into looking away from it. Many settler leaders have seen a soldier crassly push a dignified old man. They were simply willing to live with it.

About the Author
Avner Gvaryahu is the Executive Director of Breaking the Silence.
Related Topics
Related Posts
Comments