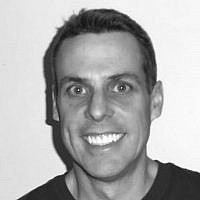 The other day I was asked by a parent to explain to her 12-year-old son, who was putting up a fight every night about practicing his Haftarah, why it is important to have a Bar Mitzvah. Essentially, this was the “Why Do Jewish?” question, and the parent wanted my answer to be in a sound-byte that would miraculously rectify 12 years of an insufficient Jewish educational background.

After all my years of Jewish day school, synagogue youth group, Hillel on campus, Israel experiences, rabbinical school, and ten years of working in the field of Jewish education it was obvious to me why I should practice Judaism, and I could easily give a multi-session course to explain the relevance of Judaism.  However, all of my formative Jewish educational experiences were prior to today’s Twitter generation so it was especially challenging for me to give a short quip as an answer without sounding preachy.

I would have preferred a much easier question such as why bad things happen to good people, a question about the minutiae of the laws of ritual impurity, or what is Chabad’s secret for nearly tripling since the Rebbe’s passing 21 years ago?

I felt like the first century BCE Sage, Hillel, revealing what later became known as his “Golden Rule.”  However, unlike Hillel, I didn’t append the phrase “the rest is commentary, now go and learn“ to my answer. Nevertheless, the purpose of this essay is to provide a little commentary to my answer.

The first part of my answer, “Judaism is a divinely given value system to live by” — one dozen of the 100’s of values that Judaism purports include: Bal Tash’hit — conserving natural resources; Tikkun Olam — making the world a better place; Tzaar Baalei Chayim — being kind to animals; Ahavat Yisrael — unconditionally loving every Jew; Rodef Shalom — pursuing peace; Tzedakah — helping the poor; Bikkur Cholim — visiting the sick; Hachnasat Orchim — hospitality; Kibud Av v’Eym — honoring parents; Hiddur P’nai Zaken — esteeming the elderly; Pikuach Nefesh — saving a life; and, of course, Shabbat — a weekly cessation from the mundane to focus on family and to spiritually recharge.

Not all of these values are unique to Judaism (other religions have plagiarized many of these from us), but there is a uniquely Jewish way to understand and to concretize each of these values.

The second part of my answer, ”Judaism provides the best way for a Jew to have a relationship with God” — the “way” God gave us is doing Mitzvot (commandments) according to the particular ways He has commanded for them to be fulfilled.

Contrary to what one may have learned in Hebrew school, Mitzvot are not an obligation, nor an all or nothing system, but an opportunity.  This is because every Mitzvah a Jew does brings more Godliness into the world, strengthen one’s relationship with God, and has eternal value for which a person will be rewarded regardless of how many of the other commandments s/he violates.

Of Torah’s 613 Mitzvot, since the Temple in Jerusalem no longer exists (may it be rebuilt speedily!), only 48 positive Mitzvot (i.e., the “do’s”) and 222 negative Mitzvot (i.e., the don’t do’s) are in effect today.  Plus there are a few additional Mitzvot that are applicable today “if” one is in a certain situation, such as, if one had day workers then the Mitzvah of paying the worker on the same day s/he worked would apply.

Of these 48 positive Mitzvot, five of the most well-known daily Mitzvot include: putting on Tefillin, saying the Shema every morning and evening, learning Torah, giving Tzedakah, and keeping Kosher.  While two of the most important weekly Mitzvot are lighting Shabbat Candles (18 minutes before sundown on Friday) and reciting Kiddush (a special blessing over a cup of wine or grape juice) on Friday night.

So if a Jew wants to make a positive contribution to the world, the first place to start is with him/herself by living according to Jewish values.  And if a Jew wants to have a relationship with God, God has provided the best way for doing so through observing His Mitzvot.

Even if a Jewish person does not want to improve the world nor want to have a relationship with God, it does not diminish God’s desire for these to occur.  God is always there yearning for his children at any time, and with any amount of frequency, to “Do Jewish.”

About the Author
Rabbi Joel E. Hoffman has been an educator for 22 years which has included teaching, administration, developing innovative programs and curriculum, research, writing articles, facilitating workshops, and speaking nationwide. Links to most of his 35+ published writings can be found on his Linked-In page at www.LinkedIn.com/in/joelhoffman123
Comments