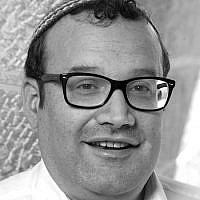 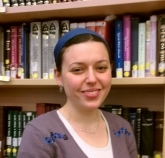 Is the ordination of women with the title Maharat authentically Orthodox or just a feminist fad?

A recent opinion piece in the Washington Jewish Week by Barbara Zakheim praised her Orthodox congregation (the National Synagogue in Washington, DC) for hiring a Maharat, a female spiritual leader. She describes herself as “ECSTATIC!!” (formatting hers) about the role the Maharat, Ruth Balinsky Friedman, has been playing in her shul.

And, Zakheim is quick to add, she is “delighted” that she doesn’t “ever feel that our Maharat is a feminist or leading a feminist movement.” She’s just an example of how the existence of increasingly educated Jewish women “warrants female leadership along with that of men.”

If all of that is true, why does the shul need a Maharat in the first place?

All the roles Zakheim describes have been played by Jewish women for centuries – by rebbetzins, mikvah ladies, and older relatives. Despite Zakheim’s protestations, the reasons the title Maharat exists in the first place are explicitly feminist.

The Open Orthodox segment of the Jewish community that has been pushing for women’s ordination (at first with the title Rabba, then Maharat) is not interested purely in having women answer halachic questions and comfort mourners. That’s nothing new. Even roles that have not been consistently played by women – such as giving divrei Torah to mixed groups – do not require any change in the nature of ordination.

Incidentally, Zakheim is wrong about whether Maharat Friedman is a feminist. In a 2013 interview with the Web site mayan.org, she said, “I would assume people classify [me and my classmates] as feminists. I would infer that people believe that we are the next step in putting [Orthodox] women in the public sphere and encouraging women to take positions of spiritual leadership within the community. I absolutely identify as a feminist.”

Supporters of the Maharat movement want to demonstrate to the world that Judaism ascribes equal (not equally valuable – equal) status to women and men. As Zakheim put it, Maharat Friedman is “a shining example of overall female leadership for my granddaughters, who also attend my synagogue. They are growing up witnessing that female spiritual leadership is normal… This also applies to the male children in our community, for whom a Maharat is now the norm.”

That represents, precisely, a feminist agenda – and one that is alien to traditional halachic Judaism. Showing young boys that a woman can not only play a feminine leadership role, but also be just as “official” as a male clergyman is not a goal contained in any of our religious texts. It is simply Western political feminism grafted onto traditional Judaism, and does not deserve to be called Orthodox.

Zakheim concludes that she looks forward to “the time when every modern Orthodox community hires a Maharat or the equivalent and reaps the benefits of their leadership as the National Synagogue does today.”

Anyone who supports an Orthodoxy wedded to our tradition rather than infused with foreign and possibly ephemeral value systems should be anything but ECSTATIC!! should her wish come true.

About the Author
David Benkof is a St. Louis-based writer and former faculty member at Yeshivat Darche Noam/Shapell’s in Jerusalem. He has a master's degree in modern Jewish history from Stanford. Follow him on Facebook or E-mail him at DavidBenkof@gmail.com.
Related Topics
Related Posts
Comments