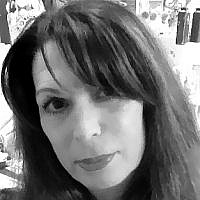 The Blogs
Michelle Cohen
Apply for a Blog
Advertisement
Please note that the posts on The Blogs are contributed by third parties. The opinions, facts and any media content in them are presented solely by the authors, and neither The Times of Israel nor its partners assume any responsibility for them. Please contact us in case of abuse. In case of abuse,
Report this post.

It is a well-known, historic fact that Palestine never existed as an independent country. Prior to 1967, those who refer to themselves as ‘Palestinians” were simply called Arabs. Other than the time when Israel (Judea, about 2000 years ago) was the Jewish State, the region was conquered and ruled by foreign entities — the last ones being the Ottoman Empire and the British Empire. In every article written prior to the invention of “the Palestinians”, they were referred to as Arabs, and the conflict was referred to as the Arab-Israeli conflict.

The Arabs want to make believe that they have existed as a “Palestinian” people in this region for “millennia”, but other than a baseless narrative, they offer no verifiable proof. Arab leaders such as Yasser Arafat, and more recently, Saeb Erekat, make false claims about their lineage or place of birth: https://www.youtube.com/watch?v=ddq8B83hOb8 How does Erekat know he is of Canaanite lineage? Did anyone tell him that the Canaanites have ceased to exist and that no one can verify their lineage that far back?

Arafat was actually born in Cairo, Egypt, but always referred to himself as “Palestinian”: http://en.wikipedia.org/wiki/Yasser_Arafat

It is interesting to note that even though the region named Palestine, which was ruled by foreign entities, comprised Jordan and Syria, but the Arabs choose only Gaza, Judea, Samaria and the rest of Israel as their “native homeland”.

It is well known that if a lie is told often enough, and over a long period of time, it will become the truth. It is, therefore, not difficult to understand why the world has come to believe the lies that have been told. Since Israel herself recognises the existence of both the name “Palestine” and the so-called “Palestinians”, with no contest, it is therefore logical that the rest of the world has arrived to the very same conclusion.

Needless to say, with today’s technology, everything is verifiable, and based on history, as well as archaeology, there is absolutely no evidence of a people called “Palestinians” in any area of the Middle East and in any historical period of time.

So why the change and appeasement within Israel’s political and journalistic arenas? Does it serve Israel to buy the lies that the Arabs peddle, or does it simply confuse Israelis as well as the international community? How can Israel defend her position as a land without a people for a people without a land when she confers with and indulges the Arabs? How is it possible to give back a state that never existed —and to whom would it be returned?

The time has come to tell the truth and to refer to facts rather than to fantasies.

About the Author
Michelle Cohen: a pro-Israel activist who runs a weblog named Israeli Frontline. She had kept by-the-minute updates during Operation Cast Lead and Operation Pillar of Defence. She had given updates from Ashkelon on Arutz Sheva's Tamar Yonah Show during Operation Pillar of Defence. Michelle has debated the Arab-Israeli conflict numerous times on VONVO, and was interviewed by Gadi Edelman on Akbar Radio. She occasionally writes her own articles.
Comments