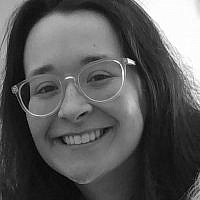 All the Broken Places is the Holocaust-themed sequel that we neither wanted nor needed. A New York Times bestseller, its predecessor, The Boy in the Striped Pyjamas, was keenly critiqued for its skewed depiction of the Shoah. The movie adaption having been enough to tolerate, I have yet to read either, but know enough to never plan on doing so.

The Boy in the Striped Pyjamas is told from the perspective of young Otto, the son of a high-ranking Nazi officer. His naïve obliviousness as to the atrocities being carried out in a nearby concentration camp (which is implied to be death camp Auschwitz-Birkenau) encourages readers to sympathize with the poor soul, who just wants room to play, but is devastatingly confined to his garden. Then we meet young Shmuel, a Jew in the nearby camp, who somehow is able to shirk his duties and befriend our beloved narrator. After Shmuel’s father goes missing, the boys make a pact to try and find him, with the scheme devastatingly ending in both being sent to the gas chambers. Devastating for Ralf, Maria, and Gretel, Otto’s family. He wasn’t meant to be there. Shmuel, on the other hand, was. So, it was expected, and therefore not very sad, only a wee bit sad. Shmuel and the others in the camp are merely tools for the character development of Otto and his family.

The theme of the story ought to be “Holocaust denial.” Although some liberties can be taken within historical fiction, hence the genre, when such a colossally tragic event still in living memory continues to be weaponized, the manipulation of the horrors Jews endured only serves to fuel the hatred against us.

According to Gray (2014), who conducted a series of interviews and questionnaires, many respondents directly claimed blatant Holocaust misinformation based on Boyne’s novel and the movie adaptation. Some believed that some Jews were duped into volunteering themselves for transportation, many believed it was based on a true story.

Gray describes the “sheer implausibility of the story” in many aspects: the move from Cracow to Auschwitz was unlikely; most went to Belzec. Auschwitz was a death camp, opposed to Belzec, a concentration camp. The very existence of Shmuel in what we assume to be Auschwitz-Birkenau (a death camp, not concentration camp) is highly unlikely to have occurred. The vast majority of children were almost immediately gassed upon arrival. Moreover, it is wildly historically inaccurate that any inmate would be permitted to be in proximity to the perimeter of the camp, let alone “shirking” duties. Fences would be electric, constantly monitored, and inmates would be gunned down within certain proximity.

Both Otto and Gretel would have legally been compelled to join Hitler Youth and would therefore already have a deep hatred for Jews at that age. It is also highly unlikely that the wife of a commandant would be oblivious to the goings on of Nazi policy. Here, Gray’s (2014) work has proven what Jews already know: this extreme level of sanitization is classic Holocaust denial and could make the most well-meaning question the veracity of the Shoah. The concern is that this sequel also manipulates history to the point where readers believe the story to be true, contributing to Holocaust denial.

All the Broken Places begins in present day London with Otto’s sister, Gretel, as the narrator. Lo and behold, she falls in love with a Jew who is unaware of her Nazi past. The novel has already received a scathing review from the JC’s Tanya Gold, who writes that “If Jews are fictional beings — if they are landscape — they cannot be harmed, and when a non-Jewish writer puts his non-Jewish words in their mouths, they cease to be Jewish.” From experience, Boyne is likely to fend off criticisms from those pesky Jews.

At the beginning of his review, the Guardian’s Philip Womack (not Jewish) acknowledges the problematic nature of Striped Pyjamas, referred to as a “fable,” but brushes it away with a succinct ‘yes, but’ — contradicting this information with high praise of Boyne’s work, anyways. Because Holocaust denial is apparently a trivial matter that we should no longer waste another thought on. Womack praises “tragic heroine” Gretel’s characterization as “smart, engaging and uncompromising,” the novel as “gripping” and “well-honed.” Here, concern over Jewish safety is a mere challenge to be overcome; entertainment and profit supersedes all.

Despite being neither Jewish, nor an expert on the Holocaust, Boyne has consistently defended his work. He has demonstrated that he obviously knows better than the Auschwitz-Birkenau Holocaust Memorial and the Holocaust Learning Exhibition and Centre. Obviously. Holocaust experts do not hold a flame to Boyne.

During an interview on Ireland AM, Boyne had the audacity to label criticism of his book “unfair” and claims that his book has positively contributed to awareness of the Holocaust. He does acknowledge that the criticisms from numerous Jewish groups may have some substance to them and that Striped Pyjamas would be potentially ill-advised to use within an educational context, but makes no further steps to rectify the predicament.

John Boyne is ultimately profiting off of Jewish tragedy. His disdain for Jewish safety is palpable. Instead of attempting to rectify the utter disaster that ensued after Striped Pyjamas, he stubbornly pressed on and doubled down, ignoring Jewish voices, and both qualitative and quantitative scientific evidence. Maybe another Twitter war with the Auschwitz Memorial will be good for sales?

About the Author
Melanie Goldberg is a Reform Jew from Glasgow. She recently earned an MA in Politics from the University of Glasgow, where she was a regular contributor for the University paper, The Glasgow Guardian, and has written for other publications such as Heroica, Glasgow University Magazine, and Empoword. She writes regularly about antisemitism, but also other issues such as sexism, racism, ableism, and international human rights issues.
Related Topics
Related Posts