In April, the Trump administration suspended U.S. funding of the World Health Organization (WHO) for mishandling the Covid-19 virus crisis.

The WHO was accused of misleading the public about transmissibility of Covid-19 with its January 14 tweet that there was “no clear evidence of human-to-human transmission” despite Taiwan alerting the WHO otherwise on December 31, 2019.

Being the top donor at 15% of annual WHO budget followed by the Bill and Melinda Gates Foundation at second place, many people criticized this decision in midst of a pandemic. 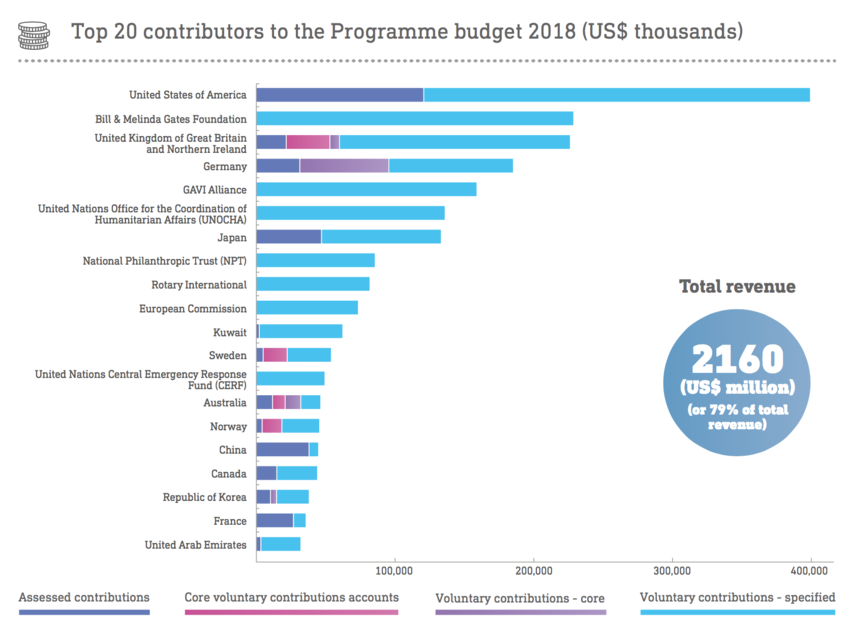 However, this is not the first time the WHO has been accused of misrepresentation and cover-up.  In 2010, the EU investigated the WHO for creating a ‘fake pandemic’ during the 2009 swine flu outbreak in order to create a lucrative international vaccine market for Big Pharma.

In January 2009, there was a small outbreak of the swine flu in Mexico City. The flu gained attention in April when it appeared in California, and by June the WHO had declared a ‘pandemic’ despite the small number of cases worldwide.  When the pandemic officially ended in August 2010, there were 491,382 confirmed cases and 18,449 deaths. In comparison, the annual seasonal flu death is around 250,000 to half a million globally according to the WHO.

In January 2010, one year after the pandemic when the world still had a low number of cases, the Parliamentary Assembly of the Council of Europe (PACE) launched an investigation into the undue influence of Big Pharma and WHO for falsifying a pandemic in order to create a global vaccine market.

Spearheaded by Dr Wolfgang Wodarg, chairman of the Health Committee in PACE, the inquiry stated that “in order to promote their patented drugs and vaccines against flu, pharmaceutical companies influenced scientists and official agencies responsible for public health standards to alarm governments worldwide and make them squander tight health resources for inefficient vaccines strategies, and needlessly expose millions of healthy people to the risk of an unknown amount of side-effects of insufficiently tested vaccines.”

According to a Forbes article in February 2010 entitled “Why the WHO Faked A Pandemic”, Wodarg had declared that the false pandemic is “one of the greatest medicine scandals of the century”, and even Dr. Ulrich Kiel, director of the WHO Collaborating Center for Epidemiology in Munster, Germany, labeled the pandemic a hoax and that “we are witnessing a gigantic misallocation of resources in terms of public health.”

During the hearing Wodarg testified the WHO, then under China’s director-general Margaret Chan (2007-2017), deliberately changed the definition for a pandemic and downgraded its criteria in order to make it easier to declare one.

The old definition used as an international standard was: “An influenza pandemic is a worldwide epidemic caused by a new strain of virus which leads to infection rates and mortality rates which exceed seasonal but similarly heavy waves of influenza by several orders of magnitude.  A precondition for an influenza pandemic is the appearance of a viral subtype which had not yet circulated amongst the human population or which had occurred so long ago that no residual immunity remains amongst the population, and which is capable of provoking severe illness and of disseminating effectively from one human to another.”

The new definition downgraded the criteria to stating simply that there had to be a virus that spread beyond borders to which people had no immunity.  As such a pandemic no longer has to exceed seasonal and heavy waves of influenza by several orders of magnitude, and can be much milder than the seasonal flu—which again has the mortality burden of up to half a million annually.

As Dr. Ulrich Keil testified, the severity of the disease was no longer relevant to declare a pandemic.  When he asked Dr. Krause from the Robert Koch Institute in Berlin “What might happen if WHO next year defined sneezing as a pandemic.  Would you also start a vaccination campaign?” Dr. Krause “responded with a clear YES!”

So, why would WHO change the definition of a pandemic?

According to European health chiefs, it was in Big Pharma and WHO’s interest to declare a pandemic in order to trigger national preparedness plans including purchasing vaccines. Governments have sealed contracts with vaccine producers where they secure orders in advance and assume all responsibility for vaccine safety, and once the WHO declares a pandemic they activate these lucrative contracts.

However, in the 2009 pandemic, given the substantially fewer cases than projected, the governments ended up with vast stockpiles of vaccines. Britain alone had more than 20 million doses of surplus vaccines from GlaskoSmithKline and Baxter, which the European Council blamed on the undue influence of Big Pharma with ties to WHO scientists.

Because the vaccines were rushed and not fully tested for safety, many individuals also suffered brain damage.  According to the American Medical Association, the swine flu (H1N1) vaccine was associated with Guillian-Barre syndrome, a neurological disorder wherein a body’s immune system attack the nerves often resulting in paralysis.

Others suffer forms of brain damage such as narcolepsy and cataplexy, and the British government ended up paying $100 million compensation for vaccine injured individuals.

Now, with the Covid-19 pandemic and the rush towards another ‘panacea’, history risks repeating itself.  Given the EU has called for an investigation to understand the origins of Covid-19, it would  likely include another investigation of WHO conduct of the current pandemic.

About the Author
Dr. Christina Lin is a California-based foreign policy analyst specializing in China-Middle East relations. She has extensive US government experience working on national security and economic policy planning, and was a research consultant for Jane's CBRN Assessments Intelligence Centre.
Comments