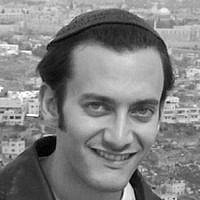 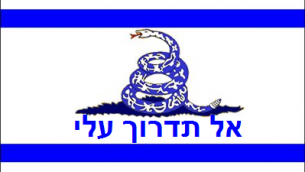 If this is your first encounter with the thought of an anarcho-capitalist libertarian, welcome. Like most people, anarcho-capitalists believe it is illegitimate to inflict violence or the threat of violence on another human being unless it is in self-defense. This is called the Non Aggression Principle (NAP) and it’s fairly simple. But unlike most people, we make no exceptions. We take the NAP to its logical conclusion, which is indeed that States and their governments, by their very existence, are illegitimate.

We can define a State as a legalized monopoly on the use of force in a given territorial area. The State is the only institution that gets its resources through force and lives parasitically off its subjects. Everyone else has to trade for his resources through voluntary agreements. The State does not. It can take whatever it wants from you whenever it wants. It only has to threaten violence, i.e., to put you in prison if you don’t pay, say, the TV tax. (Yes, there is a TV tax in Israel.) And if you actively resist, say by defending your home against invasion by law enforcement who have come to arrest you for not paying the TV tax, the State will kill you. The State of Israel, the United States of America, Palestine, whatever. They all exist on the implicit threat of violence.

(Just to give you one statistic, the number of people murdered by States just in the last century is 200 million. The number of non-State sanctioned murders is in the thousands.)

What’s wrong with the TV tax though? Didn’t it get voted on “democratically”? Sure, whatever that means. And if the Knesset decides to pass a law to raise taxes to 100%, that would be democratic too. Theoretically, any law the Knesset passes whatsoever would be democratic, like deciding to kidnap people into its armed forces for three years. And then moving its army on Gaza, destroying innocent people’s property, and expelling them. Both Jews and Arabs. Does that make it legitimate?

The State functions by making you think it is necessary, when it is anything but. It monopolizes one area of service, forbids any other person from entering the sector, and convinces you that without the State such a service couldn’t possibly exist. Inevitably, as in all monopolies, the service ends up being bad, inefficient, and environmentally destructive.

Take garbage, for example. In Israel, the State monopolizes the service of garbage disposal. The State has controlled the price of dumping to zero, meaning it doesn’t cost anyone anything to dump whatever. The result is an excess of dumping because it’s free, and huge landfills. Everyone becomes convinced that if the State did not dump garbage for you, trash would pile up in the streets. But what if garbage were a private business just like any other? Entrepreneurs would buy up land and charge people money to pick up their trash and put it on the land they bought. Other entrepreneurs, like farmers for instance, would probably pay for organic trash as fertilizer instead of it all being dumped in the same landfill. People would have an economic incentive to dump a lot less and separate their trash. Companies could form making use of a whole bunch of material that we simply throw out today because it’s free to do so. Are human beings really incapable of figuring out how to structure an efficient sanitation business?

Or take water. The price is strictly controlled by the State. The result is that people use too much water, and that means water shortages. Is it any wonder that the Kinneret was almost salinated 3 years ago, or that the Dead Sea is almost gone? The State owns both those bodies of water and they are both dying. Did you know that it is illegal for anyone in Israel to dig a well on their own property?

Take roads. Hundreds of people are killed on the roads every single year, and the monopoly owners of the roads – the State – never get blamed, never get fired. All they do is run ads on the State controlled radio (yes, there’s an Army Radio in Israel) about driving safely or painting “watch before you cross” on the sidewalk. There are constant traffic jams every single morning and evening. Why? Because the price of road use is controlled. In fact, it’s free. A traffic jam is nothing but a road shortage caused by monopoly price controls.

What of the argument that without the State, terrorists would kill me? It’s easy for an institution that monopolizes the army to claim that it is protecting me, and it is. But it is also forbidding me to protect myself by hiring my own security company. The one time this monopoly was at all challenged in Israeli history in June 1948, David Ben Gurion ordered Yitzchak Rabin to fire on a ship full of Holocaust survivors called the Altalena. Rabin continued firing at them and murdering them as they jumped ship and tried to swim to shore. Would Israel have survived with competing armies commanded by Ben Gurion and Menachem Begin? Why not? They could each have their own policies, their own territories, plan joint exercises etc. Do we really believe that if there were more than one Tzahal everyone would start killing each other?

For all these reasons and more, I do not celebrate the birth of the State of Israel, because I despise it. There is nothing it does or provides that free independent Jews couldn’t provide better and more efficiently. I wish the State would go away and let private Jews protect themselves and organize their lives based on voluntary agreements. All the politics about whose money goes which way would vanish and we could stop all the infighting. Life would finally be peaceful.

About the Author
Rafi is from Miami, made Aliyah in 2007, and lives with his wife and four kids in the Golan. He analyzes financial markets for a living. Rafi is a libertarian running for Knesset for slot #10 on Moshe Feiglin's Zehut Party Knesset slate.
Related Topics
Related Posts
Comments