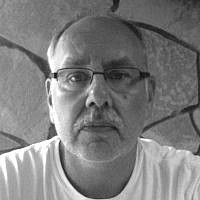 When people ask me what I do, my usual reply is that I’m a Jewish activist. Of course this alone does not define me. I have many other interests and responsibilities. But since I’ve retired as a software developer, I do spend an inordinate amount of time fighting antisemitism and I’m proud to do it. Of course it doesn’t pay well monetarily but if I can make even the slightest difference in the world (and I’ve seen some benefits) then that is my reward. Even when I don’t see the results I’m hoping for, at least I know I tried.

Recently in the Toronto news (where I live) the following item has surfaced about an antisemitic incident which occurred at a local middle school. It’s in the suburb known as Bathurst Manor where I grew up. The school is called Charles Best. When I attended, it was called Dufferin Heights Junior High and I went there for grade 9. It is a public school. Bathurst Manor was a mostly Jewish neighborhood back then and many of the parents who lived there from the 1960’s to about the 1990’s were Holocaust survivors like my own parents. So of course the local public schools had a large Jewish population. Since then, the demographics have changed. The survivors have mostly passed on. Most of their children, like myself and my sister have moved out of the neighborhood. So today the neighborhood is no longer mostly Jewish. I don’t know what the percentage breakdown is and I won’t hazard to guess. There are still quite a good number of Jewish families who live there but I doubt that they are the majority anymore. 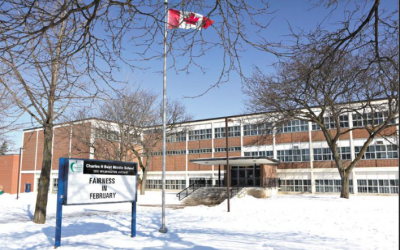 So this is what took place at my old school building: Actually two incidents occurred there: 1. Some children made a swastika. 2. Some children marched at a Jewish student with a nazi salute. Here is a news link to see the reporting: Antisemitism in Toronto. I urge you to read the article. I could tell you with 100% certainty that when I went to that school, these types of antisemitic incidents would never have happened! Back then,  had you asked anyone if such an incident could occur at that school or any of the other local public schools, the answer would have been a resounding NO! I’m sure that some of my friends and family who attended Dufferin Heights back in the day and who are reading this for the first time are aghast. I’m glad that my parents aren’t around to witness such horrific displays of antisemitism at the school that they send their Jewish children to study at.

I’ve previously written about the vile antisemitism on display at our board of education (TDSB). Since then I’ve launched a complaint with our ombudsman for our province of Ontario who takes complaints from it’s citizens and can push non-elected employees to behave properly. It can suggest policies to government organizations (like our Ministry of Education) that would mitigate antisemitic behavior from within. My numerous discussions with the ombudsman were futile. Kind of like when you call your phone company about a technical problem with your phone, you get the standard message at the beginning ‘Your call is very important to us, please wait on the line (for an hour or so ) and then you typically get a half hour spiel about why they CAN’T help you. My complaint was 2 parts:

Maybe if more of us spoke up about this problem, what just happened at Charles Best Middle School wouldn’t have happened. You can bet that in a few days, this incident will have been forgotten. I urge the Simon Wiesenthal Center (SWC) to offer ongoing courses on the Holocaust urgently to that school (both staff and students) but all schools in Toronto and elsewhere. These courses should be made compulsory! And should be part of the history curriculum. That last point is important as it would mean that both teachers and students would be forced to study it and pass tests on it and learn from it. It should not be time off of learning with a simple half day trip to watch a movie about the Holocaust at the local SWC.

The news article stated ‘a group of students constructed a swastika out of construction paper, without realizing the full significance of the symbol.

One can infer from the article that those students who committed antisemitic behavior would suffer no consequences because they, in effect, didn’t understand the significance of what they had done. After learning about the Holocaust there would be no more excuses for such incidents. In other words, in the future there would be and should be consequences for them to pay.

Notice the sign in the photograph of the school ‘Fairness in February’. Those feel good memes are a farce. Vile, antisemitic incidents occurring in that school in February do nothing to promote ‘Fairness’.  Fairness would happen if and when those in our education system are punished for antisemitic behavior and when students who commit antisemitism have consequences to pay for it.