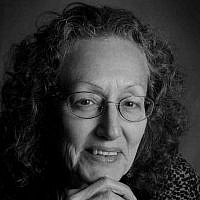 The Blogs
Claudia Miriam Reed
Apply for a Blog
Please note that the posts on The Blogs are contributed by third parties. The opinions, facts and any media content in them are presented solely by the authors, and neither The Times of Israel nor its partners assume any responsibility for them. Please contact us in case of abuse. In case of abuse,
Report this post. 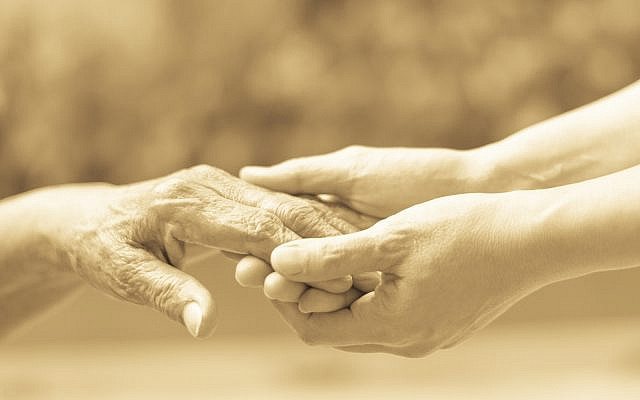 In the years I’ve been reading The Times of Israel, I’ve seen comment after comment from proselytizing Christians insisting that Jesus was the Jewish messiah and that if we just accepted him all our sins would be forgiven and peace would reign. Responses often include long and scholarly explanations about the Jewish requirements for the messiah, including rebuilding the Temple and establishing world peace, which Jesus didn’t manage to fulfill. But a more basic question related to the role of Jesus seldom gets asked: Why would we want somebody else to take responsibility for our misdeeds? For the past three thousand years, a key element of Judaism has been that we are responsible for our own actions and that we need to recognize where we’ve fallen short and make amends.

While I enjoy hearing a good singer belt out “Oh happy day, when Jesus washed my sins away!” the words are completely unrelated to Judaism. The “happy day” granted by Jesus is in sharp contrast to the Days of Awe, the ten days in the Jewish religious year given over to creating a fresh start, not by believing something, but by taking personal responsibility. Between Rosh Hashanah (Jewish New Year) and Yom Kippur (The Day of Atonement), Jews are require to confess their sins, apologize to anyone they’ve hurt, and, if possible, to make amends for any harm they’ve caused. If a Jewish man abused his wife and abandoned his children, he can’t say “I’ve been forgiven by my personal Savior so I’m clean now.” The person who needs to forgive him is his now ex-wife and she isn’t required to do that until he comes up with the overdue child support.

Broadening that approach from the individual to the community, the concept of responsibility may help explain why so many Jews are involved in social justice movements. Several rabbis marched with the Rev. Martin Luther King. Jr. in Selma. And of a group of three young men beaten to death by the Klan for helping Black people in Mississippi register to vote, two were Jews. At the other end of the spectrum, Christian communities that place the emphasis on faith, rather than deeds, sometimes engender an acceptance of the status quo, as reflected in the slogan “Let go and let God.” Indeed, that very interpretation of Christianity was used for centuries by slaveholders to keep their prisoners from rising up against such atrocities as having their children taken away from them and sold.

It’s no coincidence that the 1831 slave rebellion in America, the first of its kind, was organized by a man who, in essence, rewrote the Christian concept of God’s forgiveness for the sins of men, in order to take action. Nat Turner, a slave and a Christian minister, had a vision telling him that “the Savior was about to lay down the yoke he had borne for the sins of men, and the great day of judgment was at hand.” Whereupon, Turner gathered together about 70 Black men, both slave and free, and began an armed insurrection.

There was no “let go and let God” in sight some 30 years later when the Civil War began and 179,000 Black men joined the Union army. The Battle Hymn of the Republic tells us that the Lord “hath loosed the fateful lightning of His terrible swift sword.” He sounds a lot like the God I recognize from the Torah. And all I can say to that is Glory Hallelujah!

In later years, however, when Black Americans were virtually reenslaved by Jim Crow laws and the Ku Klux Klan terrorism that enforced them, too many Christian churches returned to the emphasis on faith and personal redemption, rather than justice and collective action. In the book “Walking with the Wind,” by the late Congressman, civil rights activist, and Christian minister John Lewis, the author describes the preacher of the church he attended during his boyhood in Alabama: “Sunday after Sunday, he’d talk about . . . how the soul must be saved by and by for that pie in the sky after you die, but hardly a word about this life, about this world, about some sense of salvation and righteousness right here, between the cradle and the grave.” Later in the book, he reports inspiration from the portion of the Bible the Christians call the Old Testament and the Jews call the written Torah: “I grew up singing songs in church such as ‘Go Down Moses.’ I grew up studying Bible stories about the Jewish people. I identified with those stories. I felt a kinship with the Children of Israel. I could see that their struggle was very similar to ours.”

The Moses story also inspired Martin Luther King when he wrote his last speech, fully expecting his imminent assassination. “I just want to do God’s will. And He’s allowed me to go up to the mountain. And I’ve looked over. And I’ve seen the Promised Land. I may not get there with you. But I want you to know tonight, that we, as a people, will get to the Promised Land.” He’s referencing the Torah passages in Deuteronomy 32: 49-52 in which God instructs the elderly Moses, who led the Israelites out of slavery in Egypt, to climb up Mount Nebo, from where he would be able to see the land promised to his descendants. But he wouldn’t join them. He would die right there.

But the struggle for what the Jews call Tikkun Olam, restoring the world to righteousness, continues. Jews shouldn’t want to calm down and be rescued by a messiah who will forgive their sins. We are, to quote Rev. King again, “not satisfied and will not be satisfied until justice rolls down like water and righteousness like a mighty stream.” He was using the words of the Prophet Amos, speaking eight centuries before the birth of Jesus. In the Book of Amos 8:4, the Prophet makes clear that the righteousness he seeks is not belief in something or someone but action to revamp a society that inflates prices to unconscionable levels and exploits the poor — rather like the one we have now.

Moses is gone. Amos is gone. King is gone. But we’re still here, Christians and Jews of good conscience. Let’s accept one another, seek inspiration from our two distinct faiths, and work together.

About the Author
Claudia Miriam Reed is a free-lance writer living in Oregon. Her background includes 17 years as a reporter for local newspapers in California and Washington State and a related award for investigative journalism. As the daughter of parents who were blacklisted during the McCarthy Era, and the former wife of a Black community organizer, Ms. Reed has a keen awareness of social justice issues. In choosing a related religious practice, Ms. Reed studied various traditions and returned to Judaism, the one written into her DNA.
Related Topics
Related Posts
Comments