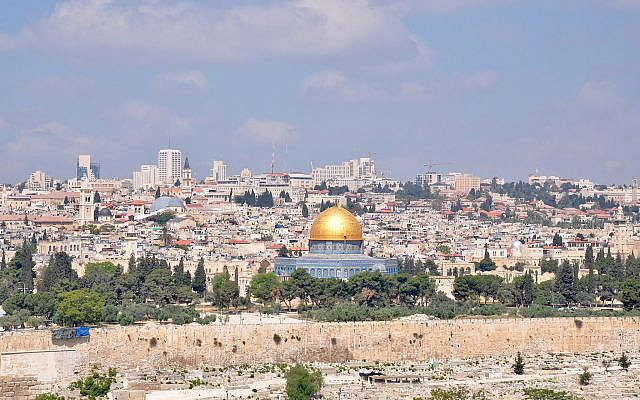 Today is Jerusalem Day, a day I celebrated enthusiastically in my youth. It was an important holiday, commemorating the liberation of East Jerusalem and the Western Wall from Jordanian occupation. Finally, after 2,000 years, Jerusalem was once again the undivided capital of a Jewish state. So it was, indeed, a happy day to recognize our remarkable victory against all odds in Six Days.

Today, as I have entered what will no doubt be the final third of my life, I can only reflect with a level of sadness on Jerusalem Day. Yes, our victory in the Six Day War was necessary; let no one rewrite history and forget that it was Egyptian President Nasser’s intent to annihilate us in June 1967. Let no one think that we started a war to conquer East Jerusalem, for it was King Hussein of Jordan, acting on the lies Nasser told of victory, who opened fire on West Jerusalem and would not cease, despite the pleas and warning of Israel.

Today, 55 years later, our liberation of Jerusalem and the rest of the West Bank or what is known by some as Yehuda and Shomron, seems much more like a honeyed mirage than a moment in history to celebrate. The occasion was sweet, and there can be no question that our control of the most revered place to Judaism was justified, but with that control came problems that, despite our best intentions, we have not been able to solve. It also unleashed an ideology that is dangerous and undermines so much of the ideals upon which the State was founded.

Our victory in the Six Day War brought with it the occupation of 1 million Palestinians, a number of whom — especially those living in the Gaza Strip – having been refugees who fled during Israel’s 1948 War of Independence. Israel’s initial hope was that the occupation would be short, that a comprehensive peace agreement could be reached with its Arab Neighbors and the territory (except for Jerusalem) returned. But alas, that was not to be, and starting with the Three No’s of Khartoum in 1967 (no peace, no recognition, and no negotiation), a peace agreement with the Palestinians has not been possible. We did achieve agreements with Egypt and Jordan, but the Palestinians turned down repeated offers by Prime Minister Barak, President Clinton, and Prime Minister Olmert to end the conflict on the basis of territorial compromise that would have left as much as 95% of the West Bank and Gaza in their hands.

Instead, Barak’s offer (improved upon by Clinton) was met with the Second Intifada that killed 1,038 Israelis in horrific bus and other bombings. Moreover, Ariel Sharon’s unilateral withdrawal from Gaza did not bring peace; instead it has led to missiles being fired on almost all parts of Israel. As the result, we continue, directly or indirectly, to rule over 2.5 million Palestinians, many of whom hate us. Occupation is a terrible business, I know, having participated in my youth as a soldier in the West Bank and Gaza. The death of journalist Shireen Abu Akleh is one example of what can occur during an occupation. Still, the Palestinian’s responses ranging from hijacking, bombing the Olympics, and bus bombing in Israel, have hardly made the Palestine national movement worthy of statehood. But the only possible solution to our conflict remains the creation of an independent Palestinian state, which can only happen if they accept certain compromises.

Unexpectedly, the event 55 years ago in June of 1967 birthed another outcome: the creation of a subgroup of Israelis that believes our victory portended the dawning of the messianic age. They believe that God gave all the land of Israel to the Jewish people and are willing to bring the country to the cusp of Civil War to ensure that as much as possible of the land remains in Jewish hands.

So here we stand, with no real end in sight. Our critics on the left claim we are an apartheid state which may be true in a small subset of area (Area C), but fail to provide solutions to end the occupation and ensure our safety. After the second Intifada, the rockets from Gaza, and the rocket fire from Lebanon, most Israelis do not believe that any further compromise of land will bring peace; thus, the Israeli political parties that support some sort of peace process are weaker today than ever before.

More than half-a-century since the liberation of the Western Wall also represents 55 years of an endless occupation. We remain no closer (and in many ways further) from finding a way to end it. We have built a successful, wealthy state, that continues to provide refuge to Jews in trouble, but that state seems destined to live in conflict. It’s a fact that is hard to celebrate.