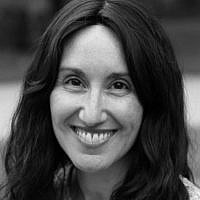 The Blogs
Stacey Goldman
Apply for a Blog
Please note that the posts on The Blogs are contributed by third parties. The opinions, facts and any media content in them are presented solely by the authors, and neither The Times of Israel nor its partners assume any responsibility for them. Please contact us in case of abuse. In case of abuse,
Report this post. 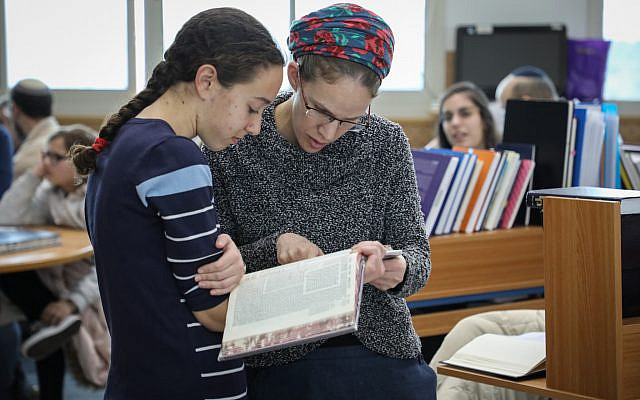 My zayde gave me my first set of tefillin when I was 12 years old. It was expected for every bar and bat mitzvah student to attend the morning prayers on both Monday and Thursday before the special Shabbat celebration where we would lead the service with our tallis and tefillin and read from the Torah. This was a given for both boys and girls, even 30 years ago. I loved going to afternoon Hebrew school eight hours a week, where I excelled at both Hebrew and Chumash. As I continued to study in the high school and “beit midrash” programs for six hours a week, I was encouraged to set my sights on becoming a rabbi — an occupation that became available to women in the Conservative movement that very year of my bat mitzvah.

My plans began to fall into place when I was accepted to both Barnard College and the honors program at List College, the undergraduate program of the Jewish Theological Seminary. As one of 50 Jews in my Midwestern high school of 1500 students, I was thrilled to be surrounded by my people in New York City.

Ironically, it was my secular women’s college experience that began to plant the seeds for my religious awakening. Barnard encouraged us to embrace our womanhood and recognize the unique gifts we could offer the world to overcome the patriarchy. My experience at JTS was very different. The path to allowing women to become rabbis involved accepting traditional male obligations concerning prayer. If a woman took these on, she could count toward the minyan, the quorum of 10. If she chose to maintain her lower level of obligation as a woman, she would not be able to lead the services or count.

This contradiction in the value of a women’s role became clear when I spent my junior year of college at Hebrew University. I decided to explore the aspect of Judaism that I was rejecting — Orthodoxy. I knew I had religious relatives I could call for Shabbos invitations and the young man whom I met on the plane and would marry three years later also came with an address book filled with relatives looking forward to hosting him and a “friend” for Shabbat.

What can I say? I fell in love with the families who hosted us. The hospitality was amazing. I don’t know how they found space in their cramped three-bedroom apartments, but they were always thrilled to have guests and the children were more than happy to give up their beds.

One of my first purchases that year in Israel was a five-volume Mikraot Gedolot, the Five Books of Moses with extensive medieval commentary, all in Hebrew. Each week, I pushed myself to read through the parsha with whatever commentary sparked my interest. I sat with my dictionary and fell in love with Torah. When I took a class with the renowned biblical scholar Nehama Leibowitz (already in her late 80s) in her apartment the second semester, my mind was set: I would become a teacher of Torah. I still wanted to go to rabbinical school, but my goals had changed. Instead of leading a congregation, I would become a principal of a day school and show young Conservative Jews the beauty of Torah!

When I entered rabbinical school two years later, I knew it was a mistake. This was apparently also clear to some of my classmates, as someone anonymously told the dean that I was not putting on tefillin every morning. The act that was once so beloved to me at various times during my teenage years had become anathema. It made me feel claustrophobic; just thinking of the binding process made me short of breath.

The summer before, I had been able to spend six weeks living in Manhattan and studying at a women’s seminary that had opened 10 years earlier. This was the beginning of a women’s learning revolution that was taking place in Orthodox Judaism. That experience allowed me to enter a special track at the rabbinical school for students with a stronger background. I am forever grateful to the two years of intensive learning I acquired at JTS before I dropped out. Because of my strong textual skills, I was accepted to an elite women’s learning program at an Orthodox seminary in Israel.

This is where my story gets interesting. As a result of my intense Torah learning in rabbinical school, which I might not have experienced had I been raised in a traditional Orthodox environment, I was now at the forefront of advanced women’s learning in Orthodox Judaism. The explosion of Torah learning opportunities available to religious women over the last 25 years since I first entered the arena is astounding. As a learned Jewish woman, I have found tremendous meaning in my life and numerous opportunities for leadership and mentoring within my community both as a high school teacher and adult educator.

The icing on the cake was when I was finally able to realize my dream of becoming a yoetzet halacha through Nishmat. I work closely with rabbis of different communities to provide women the resources and support they need to observe and find meaning in the mitzvah of taharat hamishpacha (family purity). This, in addition to my Tanach teaching, gives me a prominent position in my community and elsewhere, and offers me tremendous professional and spiritual satisfaction.

While some may describe my journey from rabbinical school to yoetzet halacha as coming full circle, I would prefer to say full spiral. The breadth of Torah learning available to me in the observant world has allowed me more intellectual depths and greater spiritual highs than I ever experienced in the egalitarian world in which I grew up. As a woman, I would not have been able to achieve the leadership positions I currently hold while maintaining my values in any other world. My Orthodox life has afforded me a life of meaning and authenticity I would never have experienced anywhere else.

About the Author
Stacey Goldman teaches Tanach at Kohelet Yeshiva High School in Philadelphia. She also gives adult education classes in the greater Philadelphia area, including Aish Chaim, Lower Merion Synagogue, and Hillel at the University of Pennsylvania. She is a graduate of Barnard College and the US Yoetzet Halacha Program of Nishmat's Miriam Glaubach Center, and currently serves as Yoetzet Halacha for the greater Philadelphia community and the Young Israel/Aish in Las Vegas. She has published reflective essays and articles on chabad.org. You can find her audio classes on YUTorah.org. Stacey lives in the Philadelphia suburbs with her husband and is the happy mother of five boys.
Related Topics
Related Posts
Comments