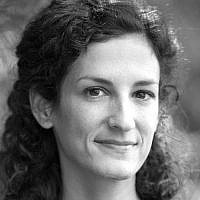 The Blogs
Tammar Stein
Apply for a Blog
Please note that the posts on The Blogs are contributed by third parties. The opinions, facts and any media content in them are presented solely by the authors, and neither The Times of Israel nor its partners assume any responsibility for them. Please contact us in case of abuse. In case of abuse,
Report this post.

My father fought in four wars. He began his Israeli Defense Force military career when he was 18-years-old, drafted to fight in the Six Day War. He fought again, stationed on the Egyptian border during the War of Attrition. As a 25-year-old newlywed, he rushed south to the Sinai Peninsula on Yom Kippur, 1973. He fought again in 1982, this time going north in the First Lebanon War.

As a child, I knew these facts about my father. But like all small and selfish children, his personal history hardly impressed me.

It wasn’t until I was an adult that I could fully appreciate the dramatic events my father had lived through. His personal stories brought history to life. Suddenly, I could picture him as a young man, his future uncertain and scary.

Forever in my mind, the Yom Kippur War is linked to this image: my young parents, sitting on their small Haifa balcony, jumping to their feet in alarm as the quiet of Yom Kippur was shattered by two Israeli Mirage fighter jets scrambling north. My father turned to my mom and said, “this can’t be a military drill. Something is terribly wrong.” They turned on the radio. Instead of the usual Yom Kippur static, an announcer stated: Israel has been attacked. War has been declared.

Three hours later, the call sign for his unit was announced on the radio. Most wars in Israel were intense but short. My dad kissed my mom goodbye and promised he’d be back by Sukkot. Shimchat Torah at the latest. They didn’t see each other again for six months. He wouldn’t return until after Passover.

Suddenly, the war felt real to me.

I ended up writing two historical novels for children. I wrote them so that today’s children could feel connected to what often seems like a distant and irrelevant past. One book is set during the Six Day War, the other takes place six years later during the Yom Kippur War. The books tell the story of three young brothers. Just as my father fought in war after war, I wanted to depict how one family could be repeatedly affected by the cataclysmic events of their young country.

Writing these books brought me closer to my parents. As I worked on the novel, I would pick up the phone dozens of times to clarify details large and small. Who was their favorite singer? What were some popular snack foods? Did they ever think Israel would lose? Did they have friends who were injured or killed?

I interviewed dozens of Israelis about their experiences during the Yom Kippur War and the Six Day War. Some of them hadn’t spoken about those difficult times for decades. But oh, the memories they shared, vivid and intense, sometimes hilarious, sometimes heartbreaking. The very stuff of life.

The thing that has stayed me, years after these interviews took place, was that though each person I spoke with experienced intense personal trauma, they never had the sense that they were alone. They understood their place in history, the role in their community.

I hope my young readers learn about Israeli history, I hope they learn to care about it. The hard times are what define history, but how we help each other through them is what defines ourselves.

If I can leave you with one piece of advice: ask your parents, your grandparents, your elderly neighbors about their lives. You’d be surprised by what they’ve seen. And who knows, there might be a book in it.