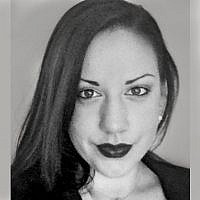 The Blogs
Edisa Korugic
Apply for a Blog
Advertisement
Please note that the posts on The Blogs are contributed by third parties. The opinions, facts and any media content in them are presented solely by the authors, and neither The Times of Israel nor its partners assume any responsibility for them. Please contact us in case of abuse. In case of abuse,
Report this post.

On Thursday, President Obama announced humanitarian relief for Yazidis trapped on the Sinjar mountain as well as air strikes against the terrorist group „Islamic State“ (IS or ISIS). Several targets in Iraq were already hit by US air forces. This new „intervention“ appears in the light of quick advances of ISIS in recent weeks towards Erbil and Baghdad and the persecution of religious minorities.

Some commentators hailed Obama’s use of military force as „turning point“ in his foreign policy, but we shouldn’t be so quick to believe that a US President, who has been sitting idly by the horrific suffering and mass murder of the Syrian people for three years, has suddenly turned into a humanitarian saviour. So why did Obama really decide to intervene in Iraq and Libya, but not in Syria?

In his speech Obama said: „When we face a situation like we do on that mountain — with innocent people facing the prospect of violence on a horrific scale […] then I believe the United States of America cannot turn a blind eye.“

So is it the scale of human suffering that justified intervention in Libya and Iraq but not in Syria?

Despite exaggerated media reports, there were only few deaths in the initial weeks of the uprising in Libya. Indeed, Amnesty International and Human Rights Watch documented only a few hundred deaths, with only a handful of women and children among them, across all of Libya by mid-February 2011 (before the NATO intervention in March 2011). Thus there were no widespread “bloodbaths” and indiscriminate killings. Nevertheless, in the Libya case, we have seen a seven and a half months long military intervention.

In Iraq, more than 5,500 civilians were killed, more than 11,500 wounded and 1.2 million were displaced in the wake of the advance of the so-called “Islamic State” according to the United Nations. Reports of gruesome beheadings, crucifications and other barbaric killings have shocked the world. Religious minorities, like Christians and Yazidis have been persecuted and killed and in the latest acts of horror, more than 40,000 Yazidis were forced to flee into the mountains where they await death by starvation or thirst. In response to this and threat to US personnel, the US has just launched a few, targeted air strikes.

In Syria, we have seen the shelling, bombardment and pillage of villages, which led 9 million Syrians (out of a population of 20 million) to flee their homes. 6.5 million Syrians are internally displaced while 2.5 million have sought refuge in neighbouring countries – mainly Turkey, Lebanon, Jordan and Iraq, but these countries are already at the breaking point of their capacities with refugees making up to 25% of their domestic population. Thousands and thousands of civilians have been raped, tortured and killed in the most gruesome ways by barrel bombs and chemical weapons. The death toll stands at about 180,000 – 200,000 people (about double the death toll of the Bosnian war, which displaced and killed members of my own family) after this terrible violence has been allowed to continue unabated for three years.

Thus, if we compare the three cases – Libya, Iraq and Syria – it becomes clear that human suffering is not the sole, nor the primary reason for Obama’s decision to intervene or not. On the contrary, we have seen the strongest military response in a conflict with few civilian deaths (Libya), a beginning targeted operation in a conflict with significantly more deaths (Iraq) and no intervention in the case of truly horrific violence, rape and mass murder that should shock the conscience of humanity (Syria).

Obama qualified his statement with the following remark: “When we face a situation like we do on that mountain — with innocent people facing the prospect of violence on a horrific scale, when we have a mandate to help — in this case, a request from the Iraqi government — and when we have the unique capabilities to help avert a massacre, then I believe the United States of America cannot turn a blind eye“.

So is it a legal mandate by an authorized body that determined when to intervene and when not?

In the case of Iraq, Obama argues that the request by the Iraqi government justifies military action, even without UN Security Council resolution or a renewed mandate from the American Congress (the mandate from the 2003 invasion is still in place even though Obama’s administration has urged Congress until recently to revoke it). Under the War Powers Resolution from 1973 (a relic of the Vietnam War) the US President has to inform Congress within 60 days of the beginning of a military operation and seek Congress’ approval to wage war, if the operation lasts for more than 90 days. Obama did indeed inform Congress formally last Friday about the air strikes on ISIS in Iraq.

Even though the government of Libya, represented in the form of Dictator Gaddafi, did certainly not give the US a mandate to intervene, the unanimous UN Security Council Resolution 1973 was interpreted in such a way by Western actors (to Russia’s dismay) that it justified air strikes. Obama argued that he doesn’t need congressional approval since US forces are “simply supporting NATO”. But US Congress saw it differently and rejected the US participation in the Libya operation in a vote in the House of Representatives in June 2011. The US still continued their military operation until the end in October 2011, thus in this case Obama obviously didn’t care about Congressional approval.

In the case of Syria, after the chemical weapons attack on civilians in Ghouta in August 2013, Obama did insist on obtaining Congressional approval for targeted air strikes to punish this abhorrent act of indiscriminate violence. But in fact, under the War Powers Resolution, Obama did not need the approval of Congress for a few, targeted airstrikes, if the operation did not exceed 90 days and literally all Presidents, including Obama (as seen in the Libya case), have outright ignored the War Powers Resolution. It is true though, that air strikes on Syria would have most likely been unilateral as the UK put itself in a straightjacket by losing a parliamentary vote on the subject and the UN Security Council was blocked by Russia.

So what can we conclude from this? The lack of a legal mandate from the US Congress does not determine whether intervention will take place or not as the War Powers Resolution is mostly symbolic. Rather, Obama seems to focus more on what other actors on the world stage do and uses domestic Congressional approval to easily weasel himself out of the responsibility when there is no broad “international consensus” to act as in the case of Syria.

3) Threat to US Personnel and Assets

Obama: “It’s my belief that for me, the president, to act without consensus in a situation where there’s not a direct, imminent threat to the homeland or our interests around the world, that that’s not the kind of precedent I want to set”

So is Obama following a realist guideline of only intervening when there is a threat to national interests?

Well, in the case of Iraq, it does seem like the presence of 300 US military advisers (sent in the wake of ISIS fast advance to help the Iraqi government) and US personnel in Baghdad and Erbil are a very important factor in Obama’s calculus to conduct air strikes. Indeed, White House spokesman Josh Earnest clarified on Friday that the „top priority is first and foremost the protection of American personnel“.

Perhaps this is a direct consequence of the mistakes in the aftermath of the Libya intervention when Islamists killed four Americans, including the US Ambassador, in the attack in Benghazi in September 2012. Now, Libya is imploding and the US and several other Western nations have evacuated their diplomatic personnel and citizens to avoid costly rescue missions. Once US citizens are rescued, Obama does not see a need to interfere.

In Syria, the US have long withdrawn their personnel, such as US ambassador Robert Ford, who left the country in February 2012 because of the escalating violence and who resigned from his ambassadorship in June 2014 in protest of Obama’s policy towards the civil war. Again, the rationale seems to be the same as in Libya: Evacuate, minimize US exposure to threats and don’t interfere.

All in all, one has to conclude that Obama’s recent decision to take military action against ISIS in Iraq does not constitute a humanitarian mission, even though the President tried to sell it as such to the more hawkish political community, which has called for intervention in Syria for the past three years. But this „intervention“ does not mark a turn in Obama‘s foreign policy, which is based on a minimalist idea of „Don’t do stupid stuff“, which doesn’t amount to much more than damage-control, if absolutely necessary. But as Hillary Clinton pointed out, this does not amount to a strategy in foreign policy at all. It is just problem-management rather than problem-solving, which would require the tackling of the Syrian civil war, which offers ISIS a safe refuge with a chance to rebuild, refuel and train their forces, no matter how effectively the US strikes them in Iraq.

As long as the US just fights the symptoms, but not the cause of the disease, I am afraid its policies are doomed to fail.

About the Author
Edisa Korugic graduated from the London School of Economics, where she has studied human rights and international relations with a focus on the legitimacy and legality of humanitarian intervention. She is currently working as Political Risk Analyst, while doing her phD on the emerging norm of liberal interventionism. Moreover, she is a former child refugee from the war in Bosnia-Herzegovina, who grew up in Germany. Regular tweets can be found @edisworldview
Comments