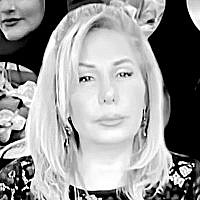 The Blogs
Victoria Azad
Apply for a Blog
Advertisement
Please note that the posts on The Blogs are contributed by third parties. The opinions, facts and any media content in them are presented solely by the authors, and neither The Times of Israel nor its partners assume any responsibility for them. Please contact us in case of abuse. In case of abuse,
Report this post.

The important reason for the Iranian uprising in September 2022

Every time the people of Iran have risen up and raised their voices against the government and injustice, they have clearly defined the direction of their movement with their slogans.

In 1999 the movement, which mainly included students, protested against the lack of freedom and the regime’s missile attack on students on their university premises.

In 2009 there were calls again. This time people rose up after scandals in the election results. They came out on the streets to claim their usurped votes.

In December 2016, they rose again against Rohani’s government, high prices of food, housing and unemployment. They were severely crushed. The protest stopped but it was started again in November 2018. Then it started with big anti-government protests against 300% increases in petrol price, and they chanted slogans against fundamentalists and reformists in that government warning them that their time is over. They pointed out that the two phalanxes in the regime are the same and can no longer deceive the people. By that time, the protestors had passed the reformist discourse and the discourse of Revolt took hold and became their agenda. In less than three years, the field fighters organized themselves into secret units, waiting for a golden opportunity to surprise the regime.

This right occasion for rebellion was 15 September 2022, when demonstrations began against the murder of #Mehsa_Amini. Field activists came to the field with the woman, life, and freedom as a symbol of modernity. Today they consider their identity and national pride have been completely lost and therefore must be regained. A full-fledged national movement has now emerged in Iran. This time, the discourse on Regime Chang in Iran and the end of the Islamic regime has the highest priority. In addition to the nationwide uprising of the Iranian people against the mullahs and the mullahs’ government, a special message is to “raise the status of women from a subordinate role to a superior one”. Objection to sharia law and state slavery system is extremely large. The large and courageous presence of women in this rebellion alongside solidarity and modern men against the apartheid of the Islamic government is very prominent. This widespread uprising is increasing in strength and number of participants and will lead to a major revolution for democracy and the removal of religious and Shiite restrictions from the government on society. A profound revolution with a very modern, ambitious and nationalist orientation targeting the heart of the Islamic regime in Iran. A revolution that is definitely one of the most prominent events in human history. A phenomenon that will shake the Islamic world. The slogan “woman, life, freedom” (Jen, Xian, Azadi) started in Kurdistan and spread throughout Iran. This is not just a slogan. This is the result of Iranian society’s cultural renaissance in the transition from tradition to modernity and the intersection of Sharia law. People struggling with the economic crisis and rampant inflation, but their motto is women, life, freedom. They shout: We do not want an Islamic Republic in Iran. At the same time, this is a serious warning to those political groups and international forces who do not want our Iran united : Iranians are not separated, but they gather forces for freedom and the establishment of a democratic and secularized government in the country. Right now, the solidarity of the Iranian people from west to east, from north to south has shaken the body of the brutal Islamic regime. They can no longer continue this situation. They have no legitimacy.

The discourse of the Iranian people this time is subversion of the regime and recapture Iran. It is a discourse of patriotism. And it has been heard among people in Europe and the United States and all over the world. This time we see that these heroic people are determined to overthrow the rule of the mullahs and will overthrow it!

Now we expect all nations and governments in the world, including Europe, America, Asia, Africa to support the people of Iran. The Islamic regime oppresses the people in a terrible way. Everyone should be their voice.