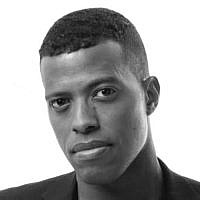 It has been over 6 years since Avera Mengistu, an Ethiopian-Israeli Black man was taken hostage by Hamas. You have probably never heard of Avera, but his story is just as important as anyone else’s. He was reported to be suffering from mental illness after the passing of his brother when he entered Gaza. His family has not heard a word from him since that day. As we enter Black History Month, we must recognize all black lives and the struggles we have faced for centuries.

While they have found plenty of time to criticize Israel, Black Lives Matter has been silent on Avera’s case. BLM must condemn Hamas for violating his human rights and DEMAND Avera be granted medical care and released unharmed. Six years is long enough.

Hamas, the ruling authority in Gaza, is recognized as a terrorist organization by governments across the world. When Avera crossed the border, Hamas abducted him in plain sight. Avera’s family has spoken out but media coverage on Avera’s case, particularly in the U.S., has been sparse. This family doesn’t have the financial resources to wage an international PR campaign to bring attention to the cruelty of Hamas. At this point, they aren’t even sure if their son is alive or dead.

The Movement for Black Lives claims to be the official organization representing the Black American community in our struggle for justice. They are quick to pounce at every allegation of state violence in the U.S., even before the actual facts are presented. But they have been disturbingly silent on the blatant kidnapping of Avera by a governmental authority. BLM is supposed to stand up against discrimination, danger, and persecution. Their core message that black lives matter cannot only apply to certain black lives; it must represent ALL black lives, and not just the ones that are politically convenient for them.

As a Black man who believes ALL Black lives matter, I am calling on BLM to stand for Avera Mengistu, who deserves a voice to advocate for him while he is voiceless. BLM’s silence thus far shows us exactly where they stand. If they cannot denounce Hamas for the abduction of an innocent Black man with mental health issues, how can they make a legitimate claim to represent our community?

BLM has already morally compromised itself by flirting with the anti-semitic Boycott, Divestment, and Sanctions campaign. BDS intentionally works to ratchet up racial tensions and slander Jews by, among other things, blaming Israel for police violence in the U.S., including the murder of George Floyd. These are despicable lies. BLM would be wise to separate themselves completely from this misguided movement, which does nothing to advance the movement for Black lives.

Avera’s case has been ignored for far too long and his family has suffered far too much. It is shameful that an organization that claims to stand for black lives has not stood for Avera, one of our own. The silence is deafening. This is not a political issue – it is a humanitarian one. If BLM can endorse extreme anti-Israel rhetoric, they MUST be able to condemn Hamas for the abject cruelty and injustice they have perpetrated against Avera Mengistu.