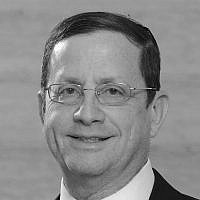 When we discussed respect for parents , we derived a Noahide imperative of respect from the story of Noah and his sons. When we discussed the Sabbath, we derived a Noahide imperative to respect sanctity from the mention of the sanctity of the Sabbath in Genesis, chapter 2. Why do we keep referring back to the early part of Genesis? The reason is that the first eleven chapters of Genesis may fairly be called the Torah of All Nations, as we proceed to explain.

Jewish tradition does not take the opening chapters of the Torah literally. The most noted commentator on the Torah, Rashi, opens his commentary on Genesis 1:1 by quoting the scholar Rabbi Yitzchak. The opening text of the Torah demonstrates God’s dominion over the world and shows God’s prerogative to choose one nation and deed to it the Holy Land of Israel.

But if we take that one step further, one might conclude that we don’t need all of Genesis to make that point. That leaves us with the question of understanding the purpose of each segment at a finer level – for each vignette, for each chapter, for each word in the opening section of the Torah, what does the Torah want to communicate to us about God’s values and His universe?

There are several differences between the first eleven chapters of Genesis and the rest of the Torah:

• The former has little to do with the Jewish people.
• Rashi implies in his second commentary on Genesis that the first chapter is not a sequential historical narrative. He doesn’t say when the Torah turns to being historical, but based on a modern understanding of world history, it seems plausible that the first eleven chapters are less historically precise than the rest of the Torah. By contrast, there is every reason to believe the historical narrative beginning with Abraham is precise. There is historical evidence of a monotheistic religion in Israel, slavery in Egypt, and the Jewish ascension in Israel.
• There is a surprising demarcation that separates the first eleven chapters of Genesis from the rest of the Torah. Rashi had a text for the Torah in which chapter 11 of Genesis ends with a backwards Hebrew letter nun. In the book of Numbers, verses 10:35–36 are set off from the rest of Numbers with the same backwards nun. The Talmud explains that the purpose of these backwards nuns is to treat the two verses as a separate book of the Torah. That supports the idea of a unique purpose for the first eleven chapters.

So, what is the purpose of these eleven chapters in their totality, considered as an ensemble? Do they form a cohesive whole? Can we describe a purpose for the entire set?

The opening chapters of Genesis represent the Torah of the nations. What does that mean? Let’s explain by making an analogy between the entire Torah and these eleven chapters. The entire Torah is a book of mitzvot. The style of delivering these mitzvot is to embed them in a narrative that provides homiletic messages, that explains God’s relationship to the Jews, that expresses through storytelling what God accepts as proper behavior from Jews and what is not proper.

According to Jewish tradition, God has expectations not only of the Jews, but of all of mankind. Judaism refers to these as the seven Noahide laws. It is only logical that just as God has recorded in the Torah what He expects from Jews (laws, relationships, proper behavior), He would record somewhere what His expectations are for all of mankind. To state it more strongly, it must be the case that God conveys this somewhere in the Torah. After all, He has these expectations, and the Torah is His vehicle to communicate. How can He not set this out somewhere?

The universal precepts can be found in these eleven chapters, from which our Sages derive the seven Noahide laws. They are the prohibitions against idolatry, cursing God, murder, theft, adultery, eating from a live animal, and the requirement to set up a court system.
Further, the Torah surrounds these laws with homiletic stories that convey God’s relationship with mankind and what general expectations of behavior He has of all of mankind. In other words, these eleven chapters are playing the exact role for the nations that the rest of the Torah plays for the Jewish people. Here are some examples.

1. The prohibition on idolatry. There are no explicit commandments forbidding idolatry in these chapters, but the entire subtext of these chapters is God’s greatness and uniqueness. God alone creates the world, interacts with Adam and Eve, ejects them from Paradise, scolds Cain, brings a deluge, and disperses the people of Babylon. There is ample narrative to point out the foolishness of idolatry.
2. The prohibition on cursing God. This prohibition is associated with God’s greatness and uniqueness.
3. The prohibition on murder. The prohibition on murder is reinforced with more than one vignette. Cain kills Abel and is cursed by God. Cain’s concluding statement is the confessional “My sin is too great to bear.” Soon after, when Lemech accidentally kills, he expresses his regrets. After the deluge, God provides an explicit rule that one is not allowed to murder other humans.
4. The prohibition on adultery. The importance of proper relationships in a positive fashion is expressed by the blessing to be fruitful and to multiply. Rashi points out that the statement that man leaves his home to unite with his wife is an allusion to the prohibition on adultery.
5. The prohibition on theft. Most commentaries associate theft with the word chamas in 6:11, one of the key crimes that led to the deluge.
6. The prohibition on eating from a live animal. This is expressly forbidden adjacent to the permission for mankind to eat from dead animals.
7. The mandate to establish courts. While there do not appear to be explicit references to courts, there are several vignettes in these chapters – most notably the deluge and Tower of Babel – which describe the breakdown of society without a court system. Disaster befalls a society without courts.

At a macro level, we have a very clear explanation for the purpose of this unit of eleven chapters. It is filling God’s need to communicate to all mankind what they must do. And it is communicated in the standard style used throughout the Torah: derived from text and surrounded by vignettes.

About the Author
Jeff Jaffe is the author of "Genesis: A Torah for all Nations", published by Gefen Publishing House. He is also Chief Executive Officer of the World Wide Web Consortium (W3C) at MIT. Previously he served as IBM's Corporate VP of Technology, President of Research and Advanced Technologies at Bell Labs, and EVP/CTO of Novell. Dr. Jaffe holds a doctorate in computer science from the Massachusetts Institute of Technology. The posts are his opinions only and are not the opinions of W3C or MIT.
Comments