The Blogs
Elliot Eisenberg
Apply for a Blog
Advertisement
Please note that the posts on The Blogs are contributed by third parties. The opinions, facts and any media content in them are presented solely by the authors, and neither The Times of Israel nor its partners assume any responsibility for them. Please contact us in case of abuse. In case of abuse,
Report this post. 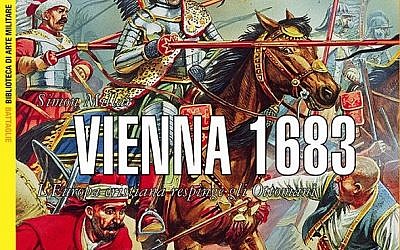 What’s behind the rumored move by Slovakia of its Israeli embassy from Tel Aviv to Jerusalem?

It may be as simple as the nation having once been conquered by the Ottoman Turks, and its unwillingness to ever again fall under Muslim rule.

Bratislava (Slovakia’s capital and largest city) today is less than an hour’s drive (80km) from Vienna.  In 1683, it was under Ottoman rule, watching and waiting as Turkish troops attempted to conquer Vienna as well. Only after the Battle of Vienna was the Slovakian region able to throw off its dominance by the Turks.

A demand for surrender might have been accepted.  But word had gotten into Vienna of the slaughter of all residents of a nearby city which had  surrendered. Instead,  the Austrians dug in, while the Ottomans began a siege.

Only the intercession of tens of thousands of troops from Poland, and financial help from the Pope prevented the disaster. (Poland lies immediately to the north..)

… Ottoman Turkey was arguably the greatest military and political power. The Ottoman Sultan ruled an Empire from Persia to Central Europe. It is widely accepted that if the Muslims Empire had been successful at the Battle or Siege of Vienna in 1683 that it could have gone on and dominated Europe and changed not only European history but also world history.

The defeat of the Turkish army outside the gates of Vienna it widely seen as the beginning of the long decline of the Ottoman Empire and played a very important part in the rise of Europe….

One Turkish tactic that failed was the use of terror to intimidate the defenders. The massacre of civilians by the Ottomans only made the Viennese more determined to fight to the death, as they knew that they would not be shown any mercy.

The city of Vienna had been under siege by the Turks for almost two months when Jan III Sobieski, the king of Poland, prepared to leave for Vienna with a relief expedition during the late summer of 1683.  He departed from Krakow on August the 15th, taking almost every soldier in his army and leaving his own nation virtually undefended.  The army of Lithuania was supposed to join the Polish king in the defense of Vienna, but Jan Kazimierz Sapieha the Younger was delayed by fighting against the Turks in Hungry. Charles V, however, made good on his promise and defeated Moslem forces at Bisambery, 5 km northwest of Vienna and then joined in the defense of Vienna.

After twelve hours of fighting, the Polish troops continued to hold the high ground on the right. On the flanks, it is recorded that the Polish cavalry slowly emerged from the forest to the cheers of the infantry.  At about 5 PM, the Polish king ordered the cavalry to attack in four groups, three Polish and one from the Holy Roman Empire.

Eighteen thousand horsemen, the famed “Winged Hussars” led by Jan III Sobieski, charged down from the hills; it was the largest cavalry charge in history! The charge broke the lines of the Ottomans who were exhausted from the long struggle on two fronts. The cavalry headed straight for the Ottoman camp and Kara Mustafa’s headquarters.  Sensing victory, the remaining Viennese garrison sallied out of its defenses to join in the assault.

The Battle of Vienna was meant to be the opening assault in a jihad that was to lead to the Islamic conquest of Europe and the defeat of Christendom.  It was a conquest that was intended to conclude in an Islamic victory celebrated by taking possession of the center of Christian worship, turning the Vatican into a stable for their horses and St. Peter’s Cathedral into a Moslem mosque….

The battle saved Vienna and the Hapsburg Empire, which became one of the leading powers in continental Europe. If Vienna had fallen in 1683 the great Viennese cultural flourishing of the eighteenth and nineteenth century would not have happened and there may have been no Mozart.

The current ruler of Turkey, Recep Erdogan, has made no secret of his hope that Islam may achieve in the 21st Century what it couldn’t in the 17th.  He has called for the millions of Muslims in Europe to have five children per woman compared with fewer than two which native Europeans are now producing.

Slovakia, Romania and the Czech Republic, plus Hungary lie on the fault lines between Asia and Europe, between Islam and Christianity.

Is it any wonder they might favor anything that might help keep their former conquerors at bay?

About the Author
A resident of Ann Arbor, Michigan, I hold BA and MA degrees in economics, and spent the first decade after graduate school in journalism. I have worked on Wall Street, met a payroll, won a wire service award, and served on three boards. With a partner, I am involved in a litigation funding business.
Related Topics
Related Posts
Comments