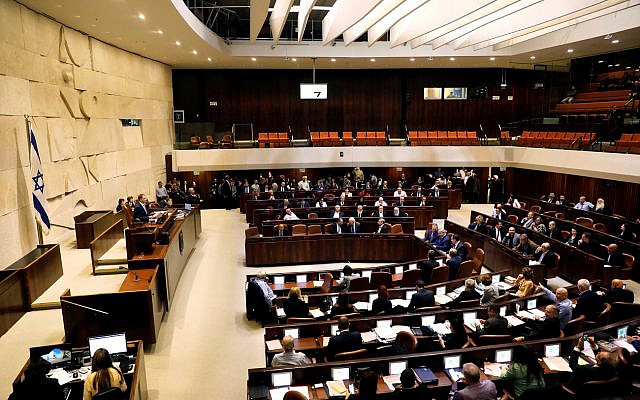 Israel, it seems, is going for yet another general election in what seems to be a never ending series. It’s not as if these campaigns yield very different results each time, but the political deadlock seems to leave politicians with no choice but to go for one election after the other, knowing they will solve nothing. And it’s true, they won’t solve anything because when politicians want separation so that they can have their piece of the pie, nothing will be resolved. Only when a leader who genuinely wants to unite the entire people rises, Israel will be out of the impasse.

Since its beginning, Israel adopted a version of the British parliamentary system and attempted to implement it in the new country. But what works for other nations will not work for us. Just as ancient Jewish Law was fundamentally different from that of its neighbors in antiquity, so now we must nurture a system that serves our purpose in being a sovereign nation.

Israel was formed out of outcasts from various nations and tribes. These castaways rejected their faiths and traditions and joined Abraham’s group since he established his group based on the principle of unity above all differences. Abraham maintained that although we are all different, and although we harbor hatred for each other, we must cultivate the element of mercy among us and crown it as our prime goal. This is why Abraham symbolizes the quality of mercy.

Abraham did not deny the hatred among the members of his group, but stressed that only if we build above it the quality of mercy, we will build a strong nation. Centuries later, King Solomon phrased that principle succinctly when he said, “Hate stirs strife, and love will cover all crimes” (Prov. 10:12).

Israel’s leadership was always about unity, not about division. The Mishnah (Sanhedrin 4:3) writes that “The Sanhedrin was as a round semicircle so they would see each other.” The book Likutei Halachot explains what these words mean: “The love is mainly that they saw each other, for they could not tolerate one not seeing one’s friend. …The vitality is mainly through peace and love among Israel, which is regarded as seeing one another. …This is the meaning of what our sages said, ‘company or death,’ for vitality is mainly through love of friends … since when there is no love and there is separation, it is impossible to receive vitality and it is regarded as death … for the separation between each other is regarded as death.”

That was the system of governance of our forefathers. If we compare this to our current system, we can see how far we are from where we should be.

Israel has no place among the nations unless it functions the way Abraham had intended. If we don’t, the nations turn against us, as they have so many times before, and thereby force us to unite. But temporal unity will give us nothing more than a break from the pressure. If we want to resolve Israel’s problems, we have to start functioning as a spiritual nation, the way we were meant to function—a nation that spreads the light of unity above differences, and thereby becomes “a light unto nations.”

In the current system, we will keep bickering until we start fighting one another physically. Before the fall of the Second Temple, the Romans put a siege around Jerusalem and waited for the Jews inside to kill each other and make their conquest that much easier. By not realizing why we are here and what we need to do, and by insisting that only we are right and they are wrong, instead of trying to forge unity above our differences and hatred, we are doing to ourselves what our forefathers did to themselves back then. Clearly, nothing good will come out of this.