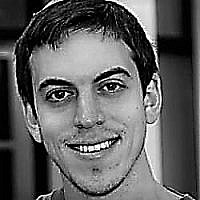 The Blogs
Eytan Meir
Apply for a Blog
Advertisement
Please note that the posts on The Blogs are contributed by third parties. The opinions, facts and any media content in them are presented solely by the authors, and neither The Times of Israel nor its partners assume any responsibility for them. Please contact us in case of abuse. In case of abuse,
Report this post.

The new proposed academic code of ethics, written by author of the IDF Code of Ethics, Prof. Asa Kasher, is a long-overdue breath of fresh air for Israeli academia.

Among other things, the code recognizes and seeks to address the widespread phenomenon in which certain professors – under the guise of academic freedom – use their position to subject students to politicized material that reflects only one side of the academic debate – their own – while at the same time prohibiting other points of view, particularly from students.

Despite what the code’s detractors claim, the code does not in any way stifle political debate or ban political discussion from the classroom.

On the contrary, it aims to create an environment where students are presented with both sides of the discussion, which allows them to critically think, engage in vibrant academic exchange, and arrive at their own conclusions. That is the purpose of academia.

Unfortunately, many professors believe that their academic position gives them the mandate to preach only one side of the debate, while bullying and berating students who do not think like them.

In more extreme, but not uncommon, instances, right-wing students are afraid to voice their opinions in class or to write pro-Israel content in their papers, out of concern that they will receive lower grades.

All should agree that while one’s right to engage in blatantly racist dialogue is protected free speech, such behavior is unacceptable in the classroom – and rightfully so.

Similarly, while it might be protected free speech for professors to curse at right-wing students in the hallways, call politicians neo-Nazis in class and scold students who show up to class in IDF uniform, is that what we want to see in our universities?

It is precisely for these reasons that academic ethical codes are needed. Incidentally, this is not a new or unprecedented initiative: as explained by Prof. Kasher, the proposed code was modeled after the ethical code of the American Association of University Professors, one that has been in existence for over a century.

Today in several leading Israeli universities, students can receive scholarships and academic credits in exchange for interning in radical NGOs, including B’Tselem, which promotes international pressure on Israel and accuses Israel of war crimes, and HaMoked that petitions the Supreme Court on behalf of terrorists and their families.

Legal clinics are also being used to promote radical politicized agendas, resulting in instances where legal clinics are used to defend convicted terrorists in court and to file judicial appeals against state policy, often to the virtual exclusion of representing other potential claimants.

Much of this political activity stems from academic appointments that are based on ideological preference rather than academic merit, an issue that the code addresses as well.

Entire departments have become hotbeds of academic groupthink that reject professors who don’t conform to their worldview. This not only squashes pluralism and diversity, but leads to absurd situations like last year’s decision by the Middle East Studies Department at Ben-Gurion University to unanimously award “Breaking the Silence” with a NIS 20,000 human rights prize.

The fact that more than 20 professors would all vote to award a prize to the most controversial, and to many the most despicable, organization in Israel highlights the severity of the situation.

In 2010, Israel’s Council for Higher Education came out with an official decision that all attempts the politicize academia should be rejected. Seven years have since passed, and universities have done nothing to address this issue.

The time has come to return pluralism, diversity, and basic sanity to Israeli academia.