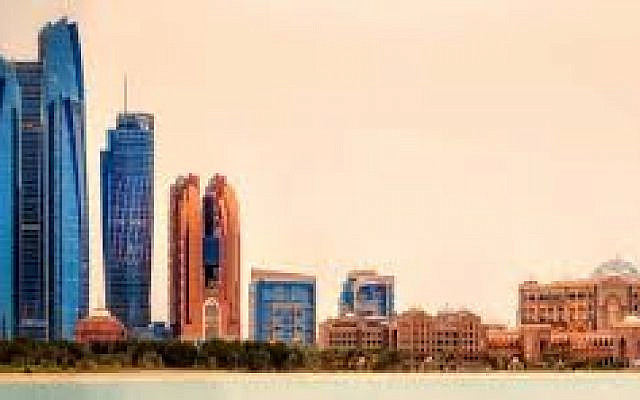 The skyline of Abu Dhabi. (Shutterstock)

I am one of the many Israeli citizens who are not very excited about the normalization of relations that is in the works with the United Arab Emirates. Why? Let me explain.

First of all, we in Israel, as in the USA and other countries, are in the midst of the worst health and economic crises in our recent history, due to the continual spread and looming spikes of the COVID-19 virus. This is what is rightfully on our minds. We are full of anxiety about this, as well as constant dismay and disappointment, with the way that our government “leaders” are disastrously mishandling these crises, at the same time that they are very busy every day attempting to destroy what is left of our democracy. These are the main reasons why thousands of Israeli citizens have been demonstrating in the streets and on the highways of Israel all summer, especially in Jerusalem, opposite the prime minister’s official residence, and in Caesarea, near his private residence.

Secondly, we are profoundly aware that this is not a “peace” agreement in the making, but simply one of normalization of relations. One can’t make peace with a country with which we were not at war. This has nothing to do with what used to be known as “the peace process.” Rather, this is what some leaders in Washington DC and in Jerusalem like to call “fake news,” or I would call it “fake peace.” Like the so-called “deal of the century” of #45 (I can’t say his name any more) which has nothing in common with a genuine peace process, since it has totally left out one of the main partners to the process, i.e. the Palestinians. From the beginning of his term of office in 2017, the current American president has consistently and purposefully ignored and insulted the Palestinian leadership by offering them no good reasons to work with him. Of course, he has done so in complete cooperation with the Prime Minister of Israel, who has refused to enter into any meaningful talks with the Palestinians for much longer than that.

The real serious, substantive and seemingly intractable conflict around here is known as the Israeli-Palestinian conflict. If Israel and America do not try to make peace with the Palestinians (which indeed they are not), then we are really not engaged in a genuine attempt to end this conflict. Instead, our “leaders”— in America and Israel — are continually engaged in creeping de facto annexation of the West Bank, even if de jure annexation is off the table for a little while. And now they are wasting our time with these diversionary tactics, such as a flight to Abu Dhabi — tactics which are not succeeding in getting our minds off the real political, economic and health issues that we are facing at the moment.

Thirdly, this big show is not getting much traction here (or in the USA) because it is too transparent in its timing. Most of us here can see that this diplomatic maneuver comes off as just blatant electioneering, with lots of good photo ops, both for the election campaign currently underway in the USA, and for the probable fourth election in Israel within less than two years. Most pundits in Israel are saying that Bibi apparently wants to have another election soon, in order to somehow save himself from his trial. And he seems to think that a good photo op on the White House lawn in a few weeks—while the people of Israel are grappling with all the insane health and economic problems of the coronavirus pandemic —will help him here politically.

Who cares right now if business people in Israel (and America) can do more business in Dubai and Abu Dhabi, when they have already been doing business there for a long time de facto? The rich will continue to get richer, but most of the citizens of Israel will not benefit from this! Will a million unemployed people in Israel really be interested in this? Will millions of people who are worried about whether or not they — or their children or grandchildren — will be soon infected or quarantined somehow by the coronavirus get worked up about this new deal in the making? I doubt it!

And, will any voters in the USA now decide to vote for #45 because of another photo op with him and Netanyahu smiling and smirking on the White House lawn in a few weeks? Maybe a few more Orthodox Jews. But it won’t influence most of the people in the USA who want #45 removed from office in November for the same reasons that we want Netanyahu and his cronies removed from office here, due to the totally irresponsible ways that they have mishandled the health and economic policies of their countries, to the detriment of the lives of so many of their citizens. No flight to Abu Dhabi for a 24-hour visit will make up for this. No “fake peace” with a country we are not a war with will convince people that it is worth all of the hullabaloo that #45 and his son-in-law Jared Kushner and Bibi Netanyahu and his team are fussing about.

As the numbers of people infected with COVID-19 go up in Israel and the USA every day, and as the numbers of people dying in both countries rise accordingly, no one in their right mind can take this side-show seriously right now. Rather, we would prefer that our “leaders’ spend more energy, with more wisdom, combating the ills of this multifaceted crisis we are in, instead of wasting our time with mostly irrelevant diplomatic events.