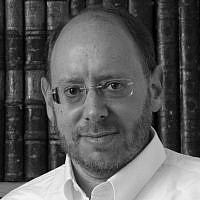 The Blogs
David M. Weinberg
Apply for a Blog
Advertisement
Please note that the posts on The Blogs are contributed by third parties. The opinions, facts and any media content in them are presented solely by the authors, and neither The Times of Israel nor its partners assume any responsibility for them. Please contact us in case of abuse. In case of abuse,
Report this post.

Republican presidential candidate Mitt Romney told Evangelical Christians this past weekend that that he’ll do “the opposite” of what President Obama has done in dealing with Israel. Romney said that he would “not want to show a dime’s worth of distance between ourselves and our allies like Israel.” Romney also said that Obama “has almost sounded like he’s more frightened that Israel might take military action than he’s concerned that Iran might become nuclear.”

It would seem that Israelis share Romney’s gut feelings. A poll published this weekend by the Begin-Sadat Center for Strategic Studies (where I direct public affairs), along with the Bar-Ilan University Center for International Communication and the Anti-Defamation League, found that Israeli Jews are clearly critical of President Obama’s Middle East policies with regards to Israel-Palestinian affairs, the Arab uprisings, and Iran.

Most significantly, Israelis don’t have too much confidence that Obama can be trusted to stop the Iranians from developing a nuclear bomb. Forty-five percent think he might act to prevent the Iranians from obtaining the bomb, but 42 percent do not believe he will do so. On such an existential issue, this is simply just not good enough. Notably, 71 percent would support an Israeli bombing of Iranian nuclear sites – even if the American government opposed an Israeli strike!

This is not surprising. The talks that Obama is leading with the Iranians (along with the other P5+1 powers) seem likely to drag out for months into the fall, giving the Iranians time to surreptitiously enrich even more uranium and to continue their explosives testing work. Israelis suspect that Obama seeks to postpone any decisions about Iran until after the November elections, which from an Israeli point of view, may be too late.

Furthermore, according to all reports, the West is offering Iran a deal that would leave all its nuclear development facilities intact, including the Fordow underground center, instead of dismantling them. This allows the Iranians to continue refining their nuclear skills. Even at low levels of enrichment this provides a framework with which Teheran can bypass Western restrictions and hoodwink Western inspectors. Every Israeli knows that Iran has clandestinely crossed every “red line” set by the West over the past 20 years – putting nuclear plants online, building heavy water facilities, refining uranium, working on explosive triggers and warheads, and generally breaching all its obligations under the Nuclear Nonproliferation Treaty – and has gotten away with it. So any deal that scales back sanctions and allows Iran to keep operating its advanced nuclear development facilities, even at a low-level, is a fatal bargain.

I would argue that Israelis also hold a nagging suspicion that Obama could cut a deal with the Iranians involving tacit recognition of their hegemony in the Gulf region – which is what Tehran is truly after. Could it be that Obama is prepared for a seismic shift in US alliances in the region, moving from partnership with the much-weakened princes of Saudi Arabia to a “grand civilizational bargain” with the ayatollahs of Iran? Are we wrong to fear that Obama might quietly acquiesce in an Iranian leap to nuclear status in exchange for understandings with Tehran on the division of power in the region?

Something else nags at the edges of Israeli political consciousness, I think. All the adamant protestations of Obama administration support for Israel don’t weigh up against the damage that administration officials apparently have sought to inflict on Israel’s deterrent power and operational military capabilities – through purposeful leaks of information relating to Israel’s strike abilities against Iran. We suspect a deliberate American campaign to scuttle any planned Israeli hit on Iran.

To this end, classified intelligence assessments and documents have leaked from Washington that rip deep into Israel’s most sensitive military zones. This includes State Department documents with details of Israel’s “secret staging grounds” (airbases) in Azerbaijan; Congressional Research Service studies that pan Israel’s ability to do much damage to Iran; and results of a classified Pentagon war game dubbed “Internal Look,” which forecast that an Israeli strike on Iran’s nuclear facilities would likely draw the United States into a wider regional war in which hundreds of American forces could be killed.

This is to say: Don’t you dare act, Israel, or the Obama administration will blame you for causing American deaths.

Obama boasts at length at every opportunity about upgrades in US-Israel intelligence sharing and weapons development that he has authorized. Aside from being a benefit to America well as Israel, these upgrades are, of course, primarily aimed at holding us back from attacking Iran. The enhanced security cooperation seems to be a bear-hug meant to handcuff Israel. The Presidential Medal of Freedom that Obama gave Shimon Peres last week is much of the same. Golden handcuffs.

And all the while, the centrifuges continue to spin in Qom. It’s no wonder that many Israelis dream of an even closer relationship under a different president.

The views expressed in this piece are the author’s own.

About the Author
David M Weinberg is director of public affairs at the Begin-Sadat Center for Strategic Studies, and a columnist for The Jerusalem Post and Israel Hayom newspapers.
Related Topics
Related Posts
Comments 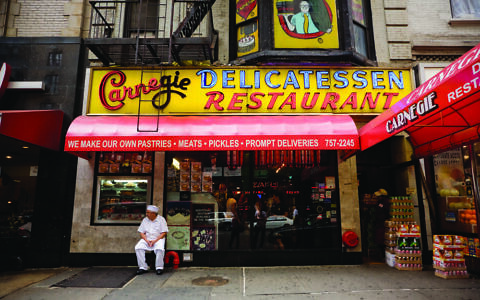 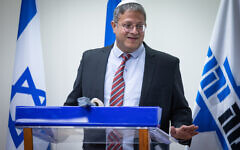