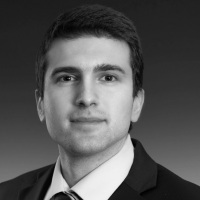 The Blogs
Andrew Loewy
Apply for a Blog
Advertisement
Please note that the posts on The Blogs are contributed by third parties. The opinions, facts and any media content in them are presented solely by the authors, and neither The Times of Israel nor its partners assume any responsibility for them. Please contact us in case of abuse. In case of abuse,
Report this post.

The upcoming Israeli election could see the return to the premiership by Benjamin Netanyahu, the current Opposition Leader and Israel’s longest serving Prime Minister. Netanyahu was the longest serving prime minister for good reason. Netanyahu is one of Israel’s greatest politicians and most consequential leaders that has transformed Israel for the better.  If you live in Israel and are able to vote, you should consider voting for Netanyahu’s Likud party for the following reasons…

First, Israel’s transformation into a prosperous country is largely due in part to Netanyahu’s economic policies. Throughout most of its history, Israel had a socialistic economy that was characterized by high tax rates and regulations, capital controls, and a bloated public sector. When Netanyahu was appointed as finance minister in 2003, the country was undergoing its worst recession. As finance minister, Netanyahu enacted a series of economic reforms that pulled Israel out of the recession. For instance, Netanyahu froze public spending and cut taxes, reducing both corporate and individual taxes by half. Netanyahu also reformed both the pension and welfare system, privatized major state-owned industries, and put forward other free market reforms that allowed for economic growth.

Before Netanyahu returned to the prime minister’s office in March 2009, the Israeli economy experienced negative growth during the Global Financial Crisis when Ehud Olmert was Prime Minister. When Netanyahu returned to the premiership, he turned the Israeli economy around by taking the same approach he used during his tenure as Finance Minister by curbing bureaucracy and cutting taxes and regulations to allow for a business-friendly environment and to bring in investments. During Netanyahu’s subsequent terms as prime minister, he not only turned Israel’s economy around but helped transform the country into an economic and technological power. For instance, Netanyahu helped Israel’s technology sector thrive by opening up export channels around the globe for Israel’s tech entrepreneurs and getting the world’s largest tech companies to invest hundreds of billions of dollars in R&D centers in Israel. Netanyahu also continued the policy of privatization. In an attempt to increase Israel’s exports, Netanyahu embarked on a port privatization campaign and issued tenders for the construction of private ports in Ashdod and Haifa in 2013. Additionally, seeking to increase competition, Netanyahu helped pass unprecedented antitrust legislation to break up monopolies.

Netanyahu also invested heavily in the country’s infrastructure, leading multi-billion dollar upgrades in developing the country’s roads, rail links, and sea ports. For instance, the once inadequate roadway system that congested Israel’s roadways were changed by creating new four to eight lane roads. Netanyahu also approved the exploitation of Israel’s natural gas reserves, which will enable Israel to become an energy exporter for years to come. Israel has already begun to see the benefits of Netanyahu’s decision, as the country has signed a 15-billion-dollar energy deal with Egypt in 2018 and an energy deal with the European Union earlier this year.

Under Netanyahu, per-capita GDP grew 60% from 27,500 in March 2009 to 43,689 in 2020. Immediately prior to the pandemic, unemployment in Israel reached record lows at 3.4%. Similarly, prior to the pandemic, the debt-to-GDP ratio reached historic lows under Netanyahu. Additionally, Israel was able to obtain superb international credit ratings and a strong currency when Netanyahu was Prime Minister. Moreover, Netanyahu’s policies benefited the average Israeli as wages in both the private and public sectors rose during his terms as Prime Minister, which were made possible due to the high growth rate, the increase in the minimum wage, low unemployment and low inflation.

Secondly, Netanyahu has been one of the best prime ministers when it comes to the security of Israel. In his first term as prime minister from 1996 to 1999, the security policies Netanyahu put in place contributed to the dramatic reduction of terrorist attacks against Israel and its citizens. A 2002 study put out by The Institute of Policy and Strategy, The Lauder School and Interdisciplinary Center Herzliya, concluded that, “In the 37 months that Netanyahu held office, Israeli citizens enjoyed one of the safest and quietest periods with regards to terrorism… Of the five Israeli leaders examined [Rabin, Peres, Netanyahu, Barak, Sharon], Netanyahu’s policies with regards to the prevention and deterrence of terrorism… were the most effective.” Netanyahu’s subsequent terms as prime minister could be characterized as one of the quietest in Israel’s history.

For instance, in 2012, there were no Israelis that were killed due to terrorism emanating out of the West Bank. Similarly, this period was one in which Israel was not involved in any large-scale wars that saw large numbers of its citizens being killed. In keeping Israelis secure, Netanyahu ordered the construction of fences on the Golan Heights with Syria, Egypt, and Jordan, which have been effective in preventing infiltrations into Israel. For instance, after the construction of the fence with Egypt, illegal infiltrations plummeted by 99%. Moreover, Netanyahu invested in advanced weapons and defense systems and the Israeli military is now stronger than ever before.

Furthermore, Netanyahu improved Israel’s diplomatic standing in the world. In a 2018 interview with Mark R. Levin, Netanyahu explained that economic and security power translates into diplomatic power. This summed up Netanyahu’s approach to international relations by leveraging Israel’s economic and security strengthens and using it to forge deeper relationships with nations around the world. During Netanyahu’s tenure, Israel strengthened its relationships with major world powers such as Russia, China, India, and Japan. Netanyahu also improved Israel’s diplomatic relations with nations across Africa, Latin America, Eastern Europe, and Asia. One of Netanyahu’s most impressive diplomatic accomplishments was bringing Israel and the Arab world closer together. Many of these countries were attracted by Israel’s technological prowess and economic success and wanted closer relations with it. Additionally, Netanyahu was a primary leader in the push to put sanctions on Iran and strongly advocated that Iran should never obtain nuclear weapons. Many Arab countries felt equally threatened by Iran and viewed Israel as a partner against Iran. Netanyahu’s approach was partly why the Abraham Accords were formed, which saw the UAE, Bahrain, Morocco, and Sudan normalizing their diplomatic relationship with Israel. Aside from the Arab world, Netanyahu also normalized relations with Bhutan and re-established diplomatic relations with the African nation of Chad.

In summation, Netanyahu throughout his career in public service has been able to transform Israel into a thriving and safe country, which shows why he is the best for the job. Thus, for the reasons above, Israelis should consider voting for Netanyahu’s Likud party.

About the Author
The writer is an attorney and a graduate of Widener University School of Law, Harrisburg PA campus, Class of 2020
Related Topics
Related Posts