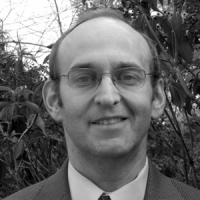 The Blogs
Howard Blas
Apply for a Blog
Please note that the posts on The Blogs are contributed by third parties. The opinions, facts and any media content in them are presented solely by the authors, and neither The Times of Israel nor its partners assume any responsibility for them. Please contact us in case of abuse. In case of abuse,
Report this post.

Walking out of the Bruce Springsteen concert in Philadelphia last week, I heard a yalmuke-wearing teenager exclaim, “If Bruce Springsteen was a rabbi, I’d go to his shul [synagogue]!” The 62-year-old Rock and Roll Hall of Fame inductee had just delivered a three-hour concert—without even an intermission—during which he crowd-surfed across the pit of the Wells Fargo Arena, danced on stage with his almost 90 year old mother during crowd-favorite “Dancing in the Dark,” and pointed heavenward for several minutes during the encore, “Tenth Avenue Freeze Out,” paying proper respect to “The Big Man,” Clarence Clemons, who died last June. Springsteen kicked off his Wrecking Ball tour on March 18th, to promote the release of his 17th album.

The young fan was suggesting that Springsteen knows how to connect with people and inspire them with his message. Charismatic and caring, he even knows his fair share of Bible.

I overheard another, less-observant, friend confided that he was planning on spending the eve of Friday April 6th—seder night—with Bruce, the E Street Band, and 20,000 close friends at Manhattan’s famous Madison Square Garden!

Many Jews are connected to Bruce. Fans have long speculated on the extent of the Boss’s connection to all things Jewish. Here is a partial list of obvious (though admittedly “long shot”) connections to Judaism, the Jewish People and Israel.

Many have (incorrectly) speculated that the Boss’ last name gives him away as Jewish. Adam Sandler set the record straight in his “Chanukah Song Part II”:

So many Jews are in the show biz/ Bruce Springsteen isn’t Jewish/But my mother thinks he is.

The Mighty Max Weinberg (drummer), spoke at the American Museum of Jewish History in Philadelphia the night before two gigs at Wells-Fargo. Weinberg played his first bar mitzvah at age 7, attended synagogue at Temple Sharey Tefilo in East Orange, and in a recent email interview with the JTA, reported that drumming “was my way of living a life of tikkun olam.” Weinberg also said, “I was greatly influenced by the poetic approach to leadership by the late Rabbi Avraham Soltes, who made the stories and scripture come alive through music and his charismatic teachings.”

Max’s son, Jacob, briefly toured with the E Street Band when Max was tied up with his commitment to the Conan O’Brien TV show, and Springsteen’s longtime manager and producer, Jon Landau, is Jewish. Pianist Roy Bittan is Jewish. And Suki Lahav, an Israeli post-army violinist from Kibbutz Ayelet HaShahar, toured and recorded briefly with Springsteen in the 70’s before returning to Israel. Her then-husband, Louis Lahav, was a recording engineer for Bruce.

A former student of the St. Rose of Lima Catholic school in Freehold Borough in New Jersey, Springsteen knows his bible. Aside from the occasional Jesus reference, lyrics contain gems such as these three:

Well, push comes to shove
Man, and shove comes to push
And I was Moses standing ‘fore the burning bush

In the Bible Cain slew Abel
And East of Eden he was cast,
You’re born into this life paying,
for the sins of somebody else’s past,

Springsteen’s hometown of Long Branch, long associated with the seaside town of Asbury Park, is a stone’s throw from Deal, New Jersey—home to nearly 5,000 Syrian Jews who vacation in there each summer. Call me a conspiracy theorist, but as one blogger noted, a line in “Fourth of July, Asbury Park (Sandy)” might have been inspired by the Syrian Jewish Beach Club Casino in Deal:

Generally reserved for klezmer bands, “Hava Nagila” is not the first song you’d expect “The Boss” to play. Columnist Jeffrey Goldberg reports that Rahm Emanuel, President’s Obama’s former White House Chief of Staff, prompted Springsteen to play 45 seconds of the Jewish melody at a Washington, DC area show in May, 2009. Emmanuel spotted a sign made by a hardcore fan, requesting the famous—albeit unlikely—song:

“My daughter (a Jewish day school student) didn’t want to go because of homework, so I figured she needed a Jewish excuse to go to the concert. I made the ‘Hava Nagila’ sign—I’m in the mortgage credit market, so there’s not a hell of a lot for me to do these days—and we brought it to the concert,” he said. “I made it like the Torah, two sticks on each side.”

First the bad news—he ain’t coming to Tel Aviv.  But, back in November, there were articles in several Israeli publications speculating that he might finally perform in the Promised Land. Unlike Elvis Costello and Pete Seeger, Bruce has not criticized Israel or called for its boycott or divestment. When Bruce completes the US leg of his tour in May, he will then traverse Europe before wrapping up in Helsinki, Finland on July 31st—he just doesn’t have enough time to hit the Holy Land. The closest the Boss gets to the Middle East is Lisbon (June 3rd), Milan (June 7th), Florence (June 10th), Trieste (June 11th) and Madrid (June 17th).

But I can’t hold it against him—The Boss is clearly a fan of the Jews! His lyrics, show antics, and band that nearly comprises a minyan point to his connection to Judaism. He  might not be Jewish, but I’m convinced: I want Bruce to be my Rabbi.