The Blogs
Judith Ornstein
Passionately moderate
Apply for a Blog
Advertisement
Please note that the posts on The Blogs are contributed by third parties. The opinions, facts and any media content in them are presented solely by the authors, and neither The Times of Israel nor its partners assume any responsibility for them. Please contact us in case of abuse. In case of abuse,
Report this post.

Some Labour friends may think that despite its efforts to deal with antisemitism the Labour Party can do nothing right for me.

What they don’t realise is that I’ve been holding back criticism and I can’t do it anymore. Let me try to explain why the pain of the last few years hasn’t gone away and how, after beginning with good will towards him,  I feel let down by Keir Starmer. Jewish people suffered  under Corbyn and still do.  At the same time each of us has their own specific hurt; I can’t speak for you but here’s mine. 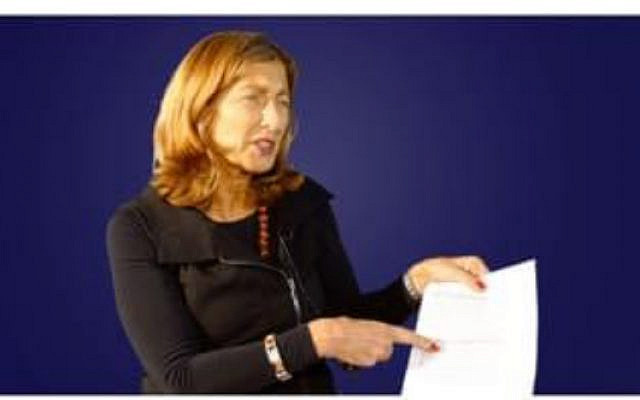 As a result of making ‘Whitewashed’ and ‘Forced Out’ I became saturated with the pain of all the people who provided me with testimony to Labour antisemitism.

Making the projects was intense and the atmosphere febrile. I grew close to all the witnesses and watched them being filmed over many days. For reasons of time much evidence was left on the cutting room floor but their uncut primary testimonies remain in my soul

Collecting and collating the written evidence, first for the book of ‘Whitewashed’  and then for ‘Forced Out’ was a one person job. Mine. I spoke to people, then typed, copied, proof read and then read again. The stories have become internalised.

I admire each person; they are my heroes and I grew to love them.  Jewish and not they found themselves in testing times and  dared to speak out.

‘Forced Out’ trailer 2019. Primary evidence from people who had to leave Labour because of antisemitism.

I want to let go of those terrifying years but only Labour can enable the process. Unfortunately their way of tackling antisemitism seems to be one and a half steps forwards followed by one step back when they seem stuck in old ways, ie a mixture of the antisemitism enabled by Corbyn and incompetence.

Each celebration of progress is spoiled when missteps expose the unhealed pain and weariness from working and campaigning 24/7 in order to testify to just how malign Corbyn’s leadership was.

During that time my husband and I began the process of becoming citizens of Israel as well as Britain. The ripples of Jew hate spreading from Corbyn’s Labour leadership made us feel unwelcome in the great country that had given refuge to our grandparents and for which both our fathers fought in the Second World War. The  fear of living in a country whose electorate might vote Corbyn into power was overshadowing our lives.

We decided  to fight the battle against Jew hate as British citizens, only completing the formalities after Corbyn was routed, and now feel that we have roots in both countries. We are Zionists but never foresaw that Israel would be a necessary refuge for citizens of Britain.  Despite the warmth we felt from the electorate in 2019, there is no going back to halcyon pre Corbyn times.

There was relief when Keir replaced Corbyn even though it was clear reform wouldn’t be quick. Labour is doing much to deal with antisemitism but it’s not radical enough. It’s good that people have been expelled but there’s a problem brewing with members who are only suspended; I fear those old Labour habits of quietly readmitting people despite evidence of egregious racism against Jews, and rule infringements.

Here are two examples of how Sir Keir’s Labour has let me down.

The first is that Labour is still failing to do due diligence when selecting candidates.  Keir promised zero tolerance so no candidate with a record of antisemitic actions or words should be in the party. Sadly they are. As I write,  Jeremy Corbyn is publicising his support for five candidates to Labour’s powerful National Executive Committee (NEC).  One is Naomi Wimborne-Idrissi of Jewish Voice for Labour, a splinter group formed to whitewash Labour antisemitism. Another is Yasmine Dar, deputy mayor of Manchester, who, it’s reported in Friday’s  Jewish News ‘has appeared to accuse the Israeli government of ignoring ‘the  key lessons of World War Two”’. The JN continues that previously Dar claimed ‘the EHRC (which found the party guilty of antisemitism)  was engaged in nothing less than “political point scoring”’

The second example is how Keir has claimed antisemitism is gone from Labour. In September 2021 he said  he’d ‘closed the door’ on it. After the Barnet by-election in June 2022 the Independent’s headline was ‘Victory in Barnet shows Labour has shaken off taint of antisemitism, says Starmer’

In both cases Keir later self corrected,  saying he realised that the job wasn’t finished. But why does he even say job done? A Labour member suggested this message is for the electorate and not aimed at those of us in the fight but that rationale is intolerable. We battled to get the truth about Labour antisemitism into the public eye and now, because Keir isn’t Corbyn, and the electorate finds him credible, he seems to be trying to make them believe there’s no more antisemitism, instead of emphasising it it’s a work in progress. Keir says one thing to them and another to us. Our exhausting marathon of hard work is being undone because of his economy with the truth. I shouldn’t be surprised when a politician prioritises votes above principles but if Keir can do this about a subject on which I’m an expert, I don’t know what else he’s capable of.

Occasionally friends in the Labour party claim that I’m only concerned about Labour antisemitism and don’t deal with the Conservatives’ many failings.

This accusation reminds me of the Ethics of the Fathers, Pirkei Avot 1:14

Let’s compare and contrast how both Conservative and Labour have had problems with their leaders.

Only recently the Tories ousted Boris Johnson. They did it themselves. It took time but was the speed of light compared with Labour and Corbyn. There had been  attempts to kick Corbyn out and a few marvellous and brave MPs resigned positions or left the party. Their resignation letters are in ‘Forced Out’.

But too many Labour MPs buoyed Corbyn up when they caught the scent of power after the 2017 election.

When compiling the Labour antisemitism resignation letters for ‘Forced Out’  in chronological order I noticed a hiatus in 2017. They stopped before, during and just after the election. Former Labour MP Joan  Ryan gave me her possible explanation which I find compelling:

‘the main criticism of Corbyn from Labour moderates throughout the first two years of his leadership was that he was unelectable. But the closely fought election in 2017 undermined that critique. We should have been saying at the outset that Corbyn’s hard-left project was morally wrong. That his hatred of Israel was repugnant. And that his tolerance of antisemitism – his past associations with Holocaust-deniers, Jew-haters and terrorist-sympathisers – made him unfit to be Britain’s Prime Minister. In short, our critique should have been rooted in a fear of what he would do in power, not a fear that he wouldn’t be able to attain it.’

To return to Hillel, if we are not for ourselves, who will be for us?

If we Jews and our friends hadn’t fought to bring Labour antisemitism to the fore, nobody would have been for us. Even after his December 2019 defeat Corbyn stuck around until April. I may be wrong but I think such delay after an overwhelming defeat is unprecedented in our democracy. Whilst the electorate gave Corbyn the thumbs down the Labour Party itself continued to be ineffectual at removing him from office.

Corbyn’s still in the party and only this week appeared on Lebanese Al-Mayadeen,  dog whistling at Jews and thumbing his nose at Labour. He said  ‘“I believe that the way I was dealt with in the Labour Party, and the allegations made against me were shameful,’ adding that “powerful forces” had opposed him “because I was proposing a different approach in dealing with foreign relations and international policies”.

A Labour spokesman told the Jewish Chronicle ‘This interview is a further example of Jeremy Corbyn choosing to put himself in conflict with Labour Party policy. Keir Starmer has made it clear what he expects from Labour MPs and Jeremy Corbyn continues to act in a way that is incompatible with that.”

Notice the words ‘further example’ and ‘Corbyn continues to act’. Whilst the words are strong when is Labour itself going to act and expel Corbyn? His ongoing membership of the party he led to that damning EHRC report undermines the principles Labour claims to stand for.

It’s rare to have a political control group but Boris’s departure is just that. In contrast to Labour, the Conservatives cleaned their own house. Ordinary people like me, Jewish and not, haven’t needed to jump in because we have seen our elected Tory representatives doing what they were elected to do.  Meanwhile every time Keir claims that Labour antisemitism is sorted he sabotages and obfuscates the truth that whilst antisemitism will never be rooted out from anywhere it’s still too pervasive in Labout. All I want is a return to ‘normal’ where it’s kept away from power. But when Keir   exaggerates what’s been done, and minimises what’s still to do, it reminds me of what I have tried to forgive, that he stood with Corbyn and went further than necessary by calling him a friend.

If you think that makes me a Conservative or too hard on Labour, then you haven’t understood me and I’ve failed to explain myself.

In short I’m a party political sceptic who, before Corbyn came along, was politically ignorant. Although I’ve learned a lot, some details and conventions still elude me. But I’m not a fool and will never forget what Corbyn and the Labour Party did to us Jews and our friends. I will never lose the fear that it could happen again.  There are  people who seem to have recovered but it’s wrong to expect those of us who can’t to do the same.

I will forever value those Labourites who stood and still stand in solidarity alongside us, especially people who didn’t need to. Some stayed in the party and some were forced out. They sacrificed much and mostly have no place in the current party which is a lesser place without them.

About the Author
Judith Ornstein is UK based and a passionate supporter of the arts, who combats the cultural boycott of Israel. Judith is the instigator of both the ‘Whitewashed’ and ‘Forced Out’ projects, books and films using primary evidence from witnesses to expose Labour's problems with Jews. Whitewashed book and film, and valuable links can be found at www.whitewashed.co.uk Forced Out Links film and book https://www.amazon.co.uk/dp/B082DJ1LHD/ref=sr_1_1?keywords=Forced+Out+Labour+Antisemitism&qid=1575581887&sr=8-1 Companion film here: https://youtu.be/b4f_TexfjbI
Related Topics
Related Posts