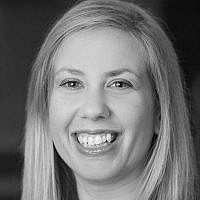 The Blogs
Diana Fersko
Apply for a Blog
Advertisement
Please note that the posts on The Blogs are contributed by third parties. The opinions, facts and any media content in them are presented solely by the authors, and neither The Times of Israel nor its partners assume any responsibility for them. Please contact us in case of abuse. In case of abuse,
Report this post. 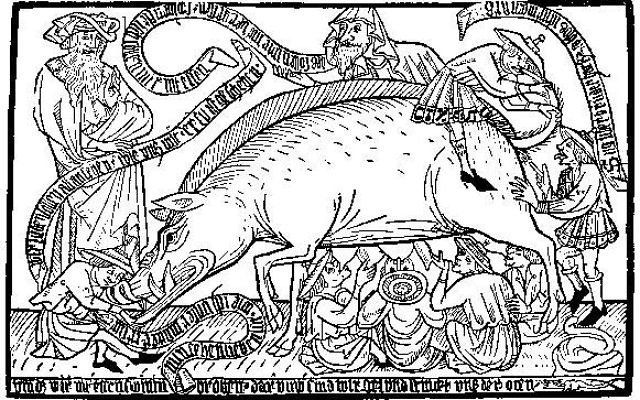 JTA — This year, liberal Jews should lean in to Tisha B’Av. Among other things, the ninth of the month of Av is a crash course in Jewish history. During the 24-hour fast, which begins this year on Saturday night, we mourn the destruction of the First and Second Temples, the expulsion of the Jews from Spain, and the Crusades, among other calamities. The holiday collates much of the historical trauma of our people onto this one critical day of sorrow.

So why does Tisha B’Av feel different this year?

This is a year in which police in Charlottesville, Virginia, are again preparing for the worst as the one-year anniversary of a deadly white supremacist rally there approaches. During that rally, white nationalists and supremacists gathered in Charlottesville, Virginia, marching with torches and chanting “The Jews will not replace us.” You can’t appreciate how troubling that is if you don’t know about the historic blood libels of the medieval period.

This is the year that the sovereign nation of Poland made it illegal to blame Poland for any crimes committed during the Holocaust. If you don’t know the history of the Shoah in Poland, in which Polish officials and ordinary people both saved Jews and collaborated in their deaths, how can you counter any attempt to rewrite history?

This is the year a Claims Conference survey showed that one-third of Americans think “substantially less” than six million Jews were murdered in the Holocaust.

Just this May, the Vatican moved Cardinal August Hlond of Poland one step closer to sainthood. In a 1936 pastoral letter urging Poles to avoid “harmful” Jewish influence and boycott Jewish media, Hlond wrote, “It is a fact that the Jews are fighting against the Catholic Church, persisting in free thinking, and are the vanguard of godlessness, Bolshevism and subversion.” Jewish groups have accused the cardinal of participating in institutionalized anti-Semitism on behalf of the Catholic Church. If you don’t understand the devastation perpetuated by religious, anti-Semitic institutions in the past, how can you effectively fight against anti-Semitism in our times?

Gaining fluency in the ugliness of our past is no longer an option; it is a necessity. Tisha B’Av is an opportunity to do just that.

We must not minimize these incidents for ourselves or our children. The Anti-Defamation League reported that incidents of anti-Semitism in K-12 schools across New York state doubled last year, with 36 incidents in 2017 compared to 18 in 2016. On statewide college campuses, anti-Semitic incidents increased 130 percent.

Further, in 2016, the FBI reported that while Jews make up only about 2.2% of the US population, 54.4% of the 1,584 anti-religious hate crimes committed nationwide that year were motivated by offenders’ anti-Jewish bias.

Liberal Jews have often had an ambivalent relationship with Tisha B’Av. We do not long for the Temple to be rebuilt. We embrace the creativity, freedom and innovation that modernity has brought to Judaism. That ambivalence has allowed for Tisha B’Av to become under-observed — and sometimes we fail to observe it at all.

But this year, Tisha B’Av is not about the hope of returning to past ways. It’s about the necessity of learning from our history to preserve our lives and our way of life in the present.

If we believe, as we should, that past can be prologue, and that history does sometimes repeat itself, we must seize the moment of communal study that Tisha B’Av offers. To strengthen our resistance to anti-Semitism now, we must be even more conversant about the anti-Semitism of the past.

There are many ways to fight anti-Jewish behavior. Direct intervention and donations to organizations that work to safeguard Jews are just two of them. We should do these things, but we should also gather together on this sacred day of religious mourning when we can communally dwell on the hatred that has plagued us for centuries.

The words “Da lifnei mi atah omed” are inscribed over the ark in my sanctuary — “Know before whom you stand.” This year, Tisha B’Av is an opportunity to do just that — to know more about our past so we can be more educated about the realities staring us in the face.

Rabbi Diana Fersko is an associate rabbi at New York’s Stephen Wise Free Synagogue, where she oversees the Center for Community Learning.