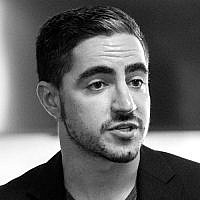 The Blogs
Michael R. Kagan
Southern California Campus Coordinator, The David Project
Apply for a Blog
Please note that the posts on The Blogs are contributed by third parties. The opinions, facts and any media content in them are presented solely by the authors, and neither The Times of Israel nor its partners assume any responsibility for them. Please contact us in case of abuse. In case of abuse,
Report this post.

A few weeks ago, I came across a powerful blog post by Nadiya al-Noor titled How a Muslim also became a Zionist. Her compelling story of appreciation for the Jewish people led me to wonder if there were others like her in the Muslim community: do they speak out about their support for Israel? My question would be answered quite quickly, as only a short time after I read her blog post, I met an incredible campus activist by the name of Rezwan Ovo-Haq. As a pro-Israel leader on my college campus, I had the opportunity to travel to numerous events this summer — events where I kept running into Rezwan. I began to form a true connection with Rezwan, both in our shared appreciation of Israel and a desire for peace. As I began to learn more about Rezwan’s story, I realized what an incredible inspiration he truly is. Rezwan allowed to me conduct an interview where we talked about his origins in Students for Justice in Palestine, and how he ultimately changed to becoming a staunch supporter of Israel.

What first got you involved with the Israeli-Palestinian Conflict, especially on a college campus?

When it comes to the Israeli-Palestinian conflict, most Muslims side with the Palestinians because the majority of Palestinians are Muslim. Growing up, I never knew why I supported Palestine, but I just knew that I stood with the Palestinians. I moved to the United States in 2006 and soon after Israel was in a war with Lebanon. It was then when I was first exposed to the anti-Israeli rhetoric here in America. I was taught that Israel is an oppressive regime that lives off killing Palestinians and taking their homes. I was taught that the IDF soldiers routinely kidnap Palestinian children in the middle of the night. That there are checkpoints all over Palestine with the full intent of dehumanizing the Palestinians. I was taught that the only reason Israel exists today is because the Jews uses the Holocaust Sympathy card and now they are carrying out the Jewish Holocaust on the Palestinians. In 2014, I was exposed to the Israeli-Palestinian conflict during Operation Protective Edge. During that conflict, what I saw on social media was so overwhelming that I thrust myself into pro-Palestinian advocacy. I reached out to the SJP on my campus and I worked with its members to help bring the Israeli Apartheid wall to my college campus.

In 2014, I was exposed to the Israeli-Palestinian conflict during Operation Protective Edge. During that conflict, what I saw on social media was so overwhelming that I thrust myself into pro-Palestinian advocacy. I reached out to the SJP on my campus and I worked with its members to help bring the Israeli Apartheid wall to my college campus.

What changed your perception ultimately that made you become a strong pro-Israel advocate?

During the Israeli-Apartheid week, I came across a person who later introduced himself to me as a former Israeli Defense Force soldier. That was a significant moment for me because I used to believe IDF soldiers were terrorists yet me and this guy had a genuine conversation. He told that his best friend was killed in Operation Protective Edge. That was a very humanizing moment for me. It was at that moment when I realized that me and this IDF soldier both want peace in this conflict, we just had a different way of going about it.

That interaction with the IDF soldier pushed me into doing more research on this conflict. I found out that founders of Hamas are billionaires and they live in Qatar, while most people in Gaza live under poverty. People like Mahmoud Abbas live in a 13 million dollar presidential palace in the West Bank while the unemployment rate in the West Bank is in the double digits (up 19 percent last time I checked.) That is when you realize that these pro-Palestinian organizations such SJP exist solely to slander Israel. They never hold Palestinian leadership accountable for their corruption. The corruption of the Palestinian leaders are a major factor behind the suffering of the Palestinians. The reason why I’m such a passionate pro-Israel advocate because I genuinely believe that Israel wants peace with the Palestinians. The Palestinian leadership has yet to show any sign of wanting peace with Israel.

That was a very humanizing moment for me. It was at that moment when I realized that me and this IDF soldier both want peace in this conflict, we just had a different way of going about it.

What are the values and ideals of Israel that you advocate for?

I’m a pro-Israel advocate because I view Israel as not just as a Jewish nation, but a Muslim nation as well. In Israel, Muslims are doctors, businessmen, businesswomen, government officials, judges, elected politicians and they all serve in the Israeli Defense Forces. Israel also aligns with my progressive values because only in Israel do women truly have equal status as men. There are equal rights and protections for religious minorities and the LGBTQ community. These are values that are very important to me.

Have you ever been to Israel yourself?

No, I’ve never been but I do plan on it. Hopefully, with the David Project in the winter time.

Wonderful, and what do you hope to gain most from this trip?

Honestly, I want more exposure in general to both Israel and Palestine because it’s a conflict that I’ve had endless debates on. It will be nice to see things from different perspectives, to put a face to the country that I’ve been talking about for quite some time and also get more exposure to the conflict itself. I’m an adventurous person.

From my trip to Israel, I hope to understand what it means to be an Israeli. I want to learn how they can attempt to have a normal life while living in constant fear of the annihilation of the country they call home. I want to witness with my own eyes the streets of Jerusalem where a Muslim woman wearing her hijab can walk next to a Rabbi and be perfectly civilized — while right outside the borders there is constant conflict. I want to gain further knowledge that exists outside the borders of Israel and truly listen to the stories of the people that live there.

Why do you think many Muslims don’t speak out about their support for Israel?

I believe Muslims don’t speak out for their support of Israel because they genuinely fear the backlash that they might or might not receive from the Muslim community. I think that is a legitimate fear that Muslims have when it comes to the issue of Israel. Many feel like they may be disowned by their own family members if they support Israel. There is a significant stigma against Israel from the Muslim community which I truly find baffling because 20% of Israel’s population are Muslims and some can argue that Israeli Muslims have a higher standard of living than those living in the Arab countries that surround Israel.

I think that is a legitimate fear that Muslims have when it comes to the issue of Israel. Many feel like they may be disowned by their own family members if they support Israel.

How would you define Zionism, and what it means to you?

To me, Zionism means the right to self-determination of the Jewish people. That is what Zionism means to me. I’m proud to call myself a Muslim Zionist because I believe in Israel’s right to exist as a Jewish nation and its right to defend itself to maintain it as such. 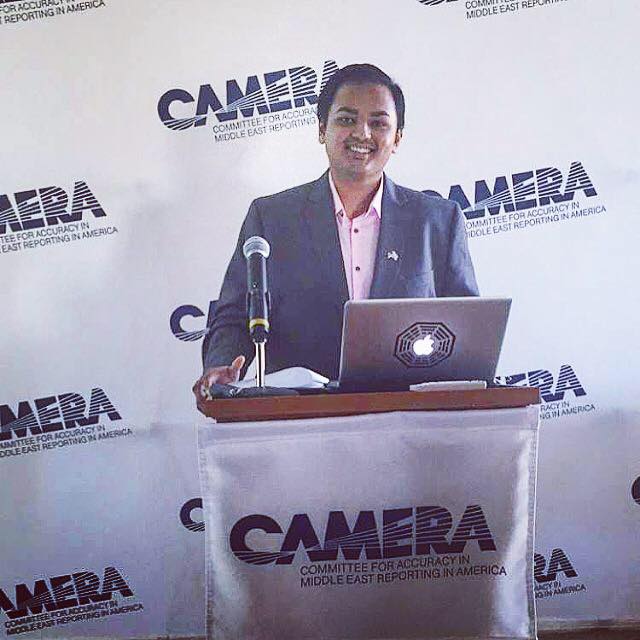 About the Author
Michael Kagan is an American-Israeli residing in San Diego, California. He currently serves as the Southern California Campus Coordinator for The David Project, a department of Hillel International.
Related Topics
Related Posts
Comments