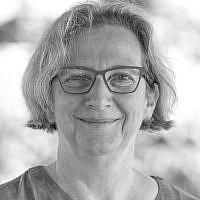 Before we sit down to Seder and the reading of The Haggadah in less than two weeks, we need to ask the question now, “Why is Jonathan Pollard still imprisoned?”

If this Seder Jonathan Pollard will not be freed, then my Passover meal will be harder to swallow.

In the eye of a political storm between Israel and the United States, sits Pollard. This isn’t a Netanyahu/Obama dynamic. Now that all possible justifications for Pollard’s continued imprisonment have been debunked and that recent declassifications, including of the 1987 CIA damage assessment and the Weinberger memorandum to the sentencing judge have been made public, the sad and discouraging reason this unprecedented travesty of justice is still taking place is because Jonathan Pollard is a Jew and the country involved is Israel.

Pollard’s is a case unprecedented from its inception to the present day. The median sentence for the offense he committed is two to four years, not life. He got his life sentence without benefit of trial, as the result of a plea deal that he honored and the United States violated. Pollard’s sentence is way out of proportion as compared to sentences handed out to others convicted of similar offenses, specifically, “espionage for the benefit of an ally.”

In a letter to the Wall Street Journal, former CIA agent R. James Woolsey wrote: For those hung up on the fact that he’s an American Jew, pretend he’s a Greek- or Korean- or Filipino-American and free him.

In 2014, outgoing Israeli President Shimon Peres received the Congressional Gold Medal in Washington after decades of working with American leaders. He paid tribute to the “American dream” and hailed Washington’s steadfast support for Israel. How could that claim have been made at the same time as the President of the United States did not respond to the award winning President of Israel’s letter to free Pollard?

Prime Minister Netanyahu became only the second world’s statesman to address the United States Congress, a few weeks ago, for a third time, surpassing Nelson Mandela and Yitzhak Rabin, who addressed Congress twice, while Chaim Herzog, Ehud Olmert and Shimon Peres each did so once. The only other world leader to have addressed Congress three times is Winston Churchill. Jonathan Pollard’s name was painfully missing in Netanyahu’s historic address.

Over a period of three decades, a who’s who list of individuals, groups, and organizations has asked, pleaded, demonstrated for Pollard’s release. All legal avenues have been exhausted.

After three decades of being in prison, Pollard’s tragedy brings up more questions than answers; one important question being, while we have witnessed the strength of the Jewish nation and people in modern miraculous times, why has the release of Jonathan Pollard resulted in sheer and utter failure?

Let this Passover see the miracle of his release as Pollard sits and celebrates Seder as a free man.

About the Author
Bio: Born in Israel, grew up in Montreal, Canada, studied in the States, worked in Toronto, Canada and made Aliyah in 2009. Sara Jacobovici is a 30 year veteran in the health and mental health fields as a Creative Arts Psychotherapist. She lives and works in Ra'anana, Israel. As an expert in the field of non-verbal communication, Sara reconnects individuals with their first language, the creative arts; visual arts, music and movement.
Related Topics
Related Posts
Comments