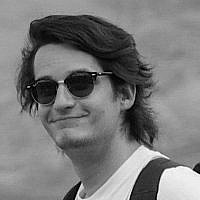 The Blogs
Edoardo Levi
Apply for a Blog
Advertisement
Please note that the posts on The Blogs are contributed by third parties. The opinions, facts and any media content in them are presented solely by the authors, and neither The Times of Israel nor its partners assume any responsibility for them. Please contact us in case of abuse. In case of abuse,
Report this post. 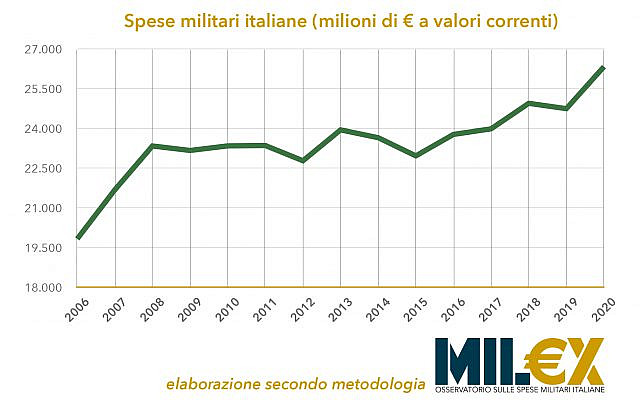 Following the invasion of Ukraine, the Italian Government, along with many European Countries also NATO members, have decided to increase the defense budget to reach the famous 2% of GDP per NATO requirements. Many in Italy are against this decision as it would bring the funding from the current 25 bn € up to 38 bn €. Those against calls for more spending on welfare, the Healthcare system, and schools. Still, raising the defense budget will help the Italian economy.

Italy and defense spending always had a troubled relationship, mainly because of 20 years of dictatorship where military image played a huge role. After the end of WW2, Italy elected a pro-American government which allowed the country to be a founding member of NATO in 1949. Military conscription was in place until 2004, and that also played a role in the antagonism towards the defense establishment. Starting in the ’60s and ’70s, Italian armed forces began to use made-in Italy equipment, with some receiving substantial international success. A prominent example is the Beretta handguns that won the bid by the US Armed Forces in the 1980s. Another massive help came from the EU, creating defense conglomerates, like MBDA, that allowed joint programs to reduce costs, like the Eurofighter. Foreign and Italian orders allowed defense companies to keep investing and creating new job opportunities.

This budget increase has been part of NATO agreements long before this year. It was stated in 2006 and reaffirmed again in 2014 in Wales, which was determined to be reached by 2024. The current crisis made the Italian government speed up the process. Like many others, three main areas compose the Italian defense budget: personnel (62% of the budget), maintenance (13%), and acquisitions (24%). Maintenance and purchases will be the two items affected the most by the raised budget. Personnel will almost not be touched as all the White Papers call for a reduction in the size of the armed forces.

Why can this help the Italian economy? As aforementioned, Italy has the capabilities and assets to produce almost every piece of equipment in-country: from ships to aircraft to tanks and gear. Major Italian firms like Leonardo (formerly Finmeccanica), Fincantieri, and Iveco recorded large Italian and foreign orders, which are only expected to increase. Most Italian industries are not large conglomerates but small or medium companies, and many works for the defense complex. The higher budget will guarantee new jobs, new companies, and, as in a circular economy, more taxes collected by the Government to be spent on Welfare, Education, and Hospitals.

Some parties are firmly against military spending and call for spending reduction. Still, it would be inadvisable to call for a general decrease in defense spending in such a moment of crisis. Some issues are to be addressed as the Armed Forces are far from flawless. There must be a reform to reduce bureaucracy and save on some items in the budget. The best possible outcome for Italy and the whole EU is to have a joint defense budget where projects are jointly developed, something already happening although on rare occasions. The main issue the Italian public opinion still has to digest is that the Armed Forces have, as their prime objective, the country’s defense, which requires weapons, vehicles, and training. They cannot be used primarily for other uses, like natural disaster response or as substitutes for police forces.

For many years, the Italian air force seemed to be composed only of the “Frecce Tricolori” air-acrobatic team. They were called up in combat from the Gulf War to the Libyan Intervention of 2011. A shift from this image occurred in recent years when promotional videos of the branches began showing soldiers in combat, shooting back at the enemy, receiving casualties, etc.

Suppose the Italian Government, along with the European Union, manages to make the Italian public understand investing in defense spending while creating a joint defense establishment, both industrial and military. In that case, there will be more funding available for social and welfare issues. Many will disagree, saying that there should be divestment rather than investment in defense, but in the 21st-century, peace and security are not only obtained by only diplomacy. They are reached and kept by a credible deterrent. If one is not living in a utopian world, it will be understood.

About the Author
Edoardo is an Italian student currently studying in Israel. He has a BA in Political Science from Milan University, and has always been interested in History, Military History, and Geopolitics.
Related Topics
Related Posts
Comments