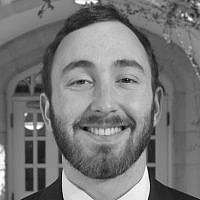 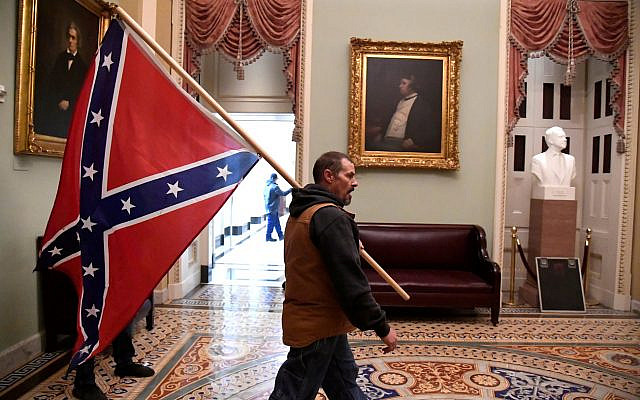 In light of the Trumpist insurrection at the Capitol on January 6th, President-elect Biden’s call for a “time to heal in America” seems like an unattainable future for America. This future can be recognized, but it requires the political will to make peace with Republicans appalled by the attacks and to prosecute the terrorists responsible.

With the worst terror attack on American soil since 9/11 –and the first breach of the US Capitol since the British ransacked Washington in 1814– just days behind us, Trumpists are already flooding the information-ecosystem with “alternative facts”. These claims purport that the insurrection was an elaborate ploy by BLM and Antifa activists, hoping that those who are grounded in reality missed the plethora of degenerates -from QAnoners to Confederates to Nazis- that flocked to the Capitol at Trump’s behest. The continued subversion of reality and propaganda coming from Trump and the propaganda machines of OANN and Newsmax (and of course spreading virulently on “free-speech” sites like Parler and 8kun), even after the siege on our temple of democracy, presents the greatest domestic threat to our nation since the Confederacy.

For five years Democrats and a small foci of Republicans warned about Trump’s demagoguery and division to the result of Trumpists branding their opposition as “liberal” no matter how close one stood to actual conservative principles. I, myself a registered Republican whose passion for political science stems from the Bush mantra that politics should be a noble undertaking, have compared Trump’s spinning of lies to the efficacy of Hitler’s Big Lie only to be met by fellow Jews as a “traitor to Israel” and “desecrating Holocaust memory”. Yet it is Trump’s Big Lie of systemic voter fraud that defrauded the minds of the Capitol Hill insurrectionists, and it is Trump, along with Rudy Giuliani who called for “trial by combat” and the rest of the Kraken crackpots, who directly incited the January 6th domestic terrorist attack. Is sending a mob from your own “Save America” rally (save America from what, one may want to ask) to the Capitol to disrupt the lawful certification of votes by Congress any different than the leader of a Salafi-jihadist group commissioning an attack on American soil?

Is sending a mob from your own “Save America” rally (save America from what, one may want to ask) to the Capitol to disrupt the lawful certification of votes by Congress any different than the leader of a Salafi-jihadist group commissioning an attack on American soil?

As defined under Title 18 of the US Criminal Code, Chapter 115 Section 2383 the actions on January 6th quite clearly meet the threshold for insurrection, and various other actions by Trump and Trumpists since Election Day seem to constitute other treacherous crimes under the same chapter, most notably seditious conspiracy. Even after the insurrection had begun and Vice President Pence was evacuated and members of Congress were being made to strap on gas masks, Trump continued to incite violence by failing to back down on the delusion that the 2020 was stolen by Democrats, or if you dig deeper below the surface of the conspiracy, by George Soros. Jews know this dog whistle too well and yet too many of our brothers and sisters still will turn a blind eye to the dangers of Trumpism even after the insurrection, despite the fact that the Nazi and Confederate flags flew in the US Capitol despite both institutions’ original demise.

As the final days of this chaotic presidency come to a close with an unprecedented amount of anxiety across the nation over civil unrest, we must be explicitly clear about the facts of January 6th. It was an insurrection as defined by law and for colloquial purposes we can call this domestic terrorism, as the ultimate goal was to inflict terror on a specific target. These terrorists are Trumpists, ranging from organized actors like the Three Percenters Militia to Ashli Babbitt, the woman Capitol Police killed upon insurrection, who travelled from California to Washington DC and herself had been fooled by Trumpist conspiracy theories. Some even donned customized “MAGA Civil War” hoodies resembling the graphics from Captain America: Civil War. They are explicitly clear about their disdain for our democratic-republic and their desire to see the eradication of anyone who is not a Trumpist from the political realm. Trump, and his movement, have repeatedly sought to establish themselves, as Hannah Arendt dubs in The Origins of Totalitarianism, a “party above parties” that represents the “true America”.

These terrorists are Trumpists, ranging from organized actors like the Three Percenters Militia to Ashli Babbitt, the woman Capitol Police killed upon insurrection, who travelled from California to Washington DC and herself had been fooled by Trumpist conspiracy theories. Some even donned customized “MAGA Civil War” hoodies resembling the graphics from Captain America: Civil War.

Trumpists will not turn back to reflect on the past five years of poison politics by Trump. However, those Trump voters who were duped to think Trump could still win and after the insurrection have come to terms with the reality of a Biden presidency, must be provided an off-ramp back into mainstream society. The Trumpists that do not, and continue to claim that the election has been stolen, must be fought with the full weight of logic and truth. They sit on the boards of our schools, they work in the office next to you, and they run the youth programs our children take part in. We must rid our community, and our country of the disease that is Trumpism. To save America from this crazed death cult, a Biden administration must enforce the full force of the law on all those who committed and instigated the insurrection on January 6th. If we have learned nothing from letting the crimes of Nixon, Iran-Contra, or war crimes under the Bush administration to be pushed under the rug of history is that it only green-lights worse crimes by the Executive Branch in the future. What crime could possibly be more heinous, more fascist than the President of the United States ordering his mob of supporters to lay siege to the US Capitol during the certification of an election in which he lost?

About the Author
Shalom! I'm Jakob Levin and I am currently a Junior at the University of Florida pursuing a B.A. in Political Science accompanied with a certificate in Holocaust Studies. I hail from Plantation, Florida, where I attended the Posnack School for 13 years and was actively involved in AIPAC as an intern and club president my senior year. While I'm on campus, you can find me most frequently at Hillel, reading books on history & politics, or downtown at my local coffee shop.
Related Topics
Related Posts
Comments