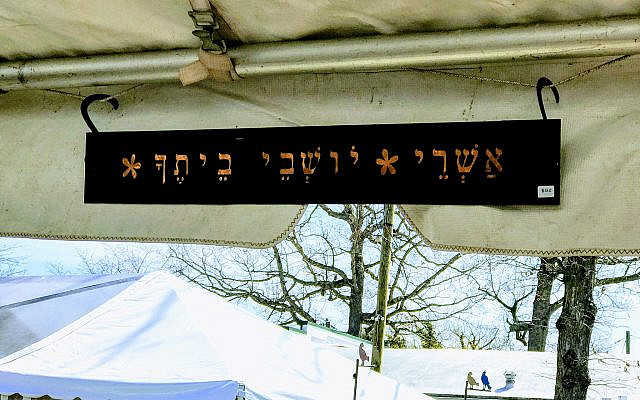 On Monday evening is Purim, and we will celebrate by dressing in festive costumes, giving gifts to one another and to the poor, and even drinking until we don’t know the difference between cursed is Haman and blessed is Mordechai. As it says in Ta’anit 29a, “When Adar comes, joy is increased.” But why are we so happy about Purim especially?

Sure, we were delivered from the evil decree of Haman to kill the Jews, but there are many other holidays that commemorate our deliverance whether from Egyptian servitude (Passover) or from the persecution of the Greeks and their polytheistic Hellenistic culture (Hanukah)—What is so special about Purim?

As Rabbi Baruch Frankel of Aish of Greater Washington, D.C. said today, “Purim is the holiday where G-d was hidden from us.” Nowhere in Megilat Esther is Hashem ever mentioned. The whole story is one based on happenstance, where King Achashverosh’s wife, Vashti, happens to get a disfiguring illness and she refuses to come to him; where the King executes Vashti and has to take a new wife which turns out to be the Jewess, Esther; where Mordechai saved the King from an assassination plot that he happened to overhear about at the gate of the city of Shushan; where the King couldn’t sleep at night and his chamberlains happen to read to him from the book of chronicles about how Mordechai saved him; where Haman, who hated Mordechai and the Jews, then ironically had to walk before Mordechai to honor him; where Haman “cast lots” of when to kill all the Jews; where Esther was able to implore the King to save the Jews when he happened to come back just as Haman fell unto the couch where she was reclining. It’s a story all seemingly based on chance!

In a world that is constructed of the story of Purim, everything looks like it’s based on mere happenstance and there seems to be no G-d involved—this is a world of randomness and meaninglessness.  Whatever happens, just happens by nature or luck, and what can be more meaningless and depressing than that! Thus, the Rabbis had to decree all the laws for the happiness of Purim, because happiness is not innate to a story that is seemingly happenstance and devoid of G-d. That is the big difference between Purim, where Hashem is hidden, and Passover or Hanukah, where Hashem revealed Himself and made incredible miracles—the 10 plagues and the splitting of the Red Sea or the one day of oil that lasted for eight days.

The point of Purim is that even when it seems that everything is happenstance and that G-d is absent, really G-d is there, driving life’s events, and there is a plan! Purim is the holiday when we are reminded that no matter how alone we feel and how random things seem that really there is a G-d, that He cares about us, that He is intimately involved in the course of our lives, and that He has a plan for us, to teach us and help us to grow even if at that moment we don’t see it. What can be more meaningful and bring us more happiness on a holiday that a reminder that Hashem is always there running the show?

On Purim, we celebrate our deliverance from the evil Haman and the king’s decree to kill all the Jews, but also we are overflowing with Joy remembering that G-d is always with us—in good times and G-d forbid in the bad times–we are not afraid of anything (another indecisive election, the stock market downturn, our enemies, Coronavirus, etc.) knowing that He loves us and cares for us, and will deliver us in the old days and in the new.  May the final deliverance soon be completed with the arrival of the Mashiach—and the hidden will become revealed like on Purim and the joy will be forever increased.  Amen.