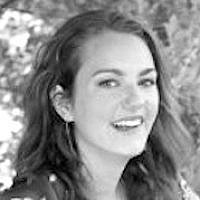 The Blogs
Rachel Bresinger
Apply for a Blog
Advertisement
Please note that the posts on The Blogs are contributed by third parties. The opinions, facts and any media content in them are presented solely by the authors, and neither The Times of Israel nor its partners assume any responsibility for them. Please contact us in case of abuse. In case of abuse,
Report this post.

One of my favorite memories of Hanukkah in Israel happened several months after I began my studies at The Hebrew University of Jerusalem some seven-and-a-half years ago. While riding the public bus from my dormitory in East Jerusalem to the center of the city, I glanced out of the window in amazement at the sheer number of menorahs I saw with flickering candles that had been placed in the windows of people’s homes. This was a strange, yet wonderful sight considering the fact that having grown up in a small suburb of Memphis, Tennessee I was used to glancing out of my car’s window to see the flickering Christmas lights adorning almost every single home in and around my childhood neighborhood.

Growing up as a Jew in the Deep South despite the fact that Memphis has a very close, tight-knight Jewish community was not easy. I was the only Jewish girl in my elementary school class, and Christmas was always a bit difficult, as almost all of my classmates would ask me why I didn’t celebrate Christmas to which I would respond that I was Jewish so I celebrated Hanukkah. Always feeling that my explanation wasn’t good enough, I would usually follow my explanation with the question, “Did you know Jesus was Jewish?” to my Christian peers.

It wasn’t easy hearing about the dozens of presents my friends had received for Christmas when we returned from “Winter Break” when I had received only 8 presents, one for each night of Hanukkah. I remembered feeling different, and when you are a child, the last thing you want to do is feel different from everyone else.

This year I celebrated my 8th Hanukkah in Israel. What I love so much about Hanukkah in Israel is that Jews do not try to pretend that Hanukkah is somehow the Jewish Christmas. In reality, Hanukkah is a minor holiday in Judaism whereas Christmas is one of the most important, central holidays in Christianity. For years now, I have seen on Facebook pictures of “Elf on a Shelf” and “Messy Max”, but this year for the first time I started seeing “The Mensch on a Bench” pictures from Jewish American parents on Facebook.

The Mensch on a Bench

My initial thought was that “The Mensch on a Bench” was cute and the name quite catchy, but as I have thought about it further, I have come to the conclusion that the whole Mensch on Bench shtick is actually quite harmful to American Judaism and thus Judaism in general.  The back-story behind the creation of “The Mensch on a Bench” is that creator Neal Hoffman’s son Jacob became envious of all of the “Elf on the Shelf” customs of his non-Jewish friends.  As Neal Hoffman himself says, “Elf envy started all of this.”

Twenty years ago I was just like Jacob even when “Elf on the Shelf” hadn’t yet been created.  I felt envious of my Christian friends, as I described above, but my parents didn’t try to make Hanukkah the Jewish version of Christmas.  I was taught that there is nothing wrong with being different despite the fact that I desperately wanted to be like my Christian classmates.  While I believe Neal Hoffman’s intentions were good, the reality is that Jewish children do not need a stuffed toy to learn the story of Hanukkah.

Furthermore, considering the fact that the assimilation rate in America has never been higher, this is the exact opposite of what Jewish American children need.  According to a survey done by the Pew Research Center, which was released in 2013, the intermarriage rate in America between the years 2005-2013 is a staggering 58%.  Before 1970, it was 17%.

The problem of intermarriage and assimilation in America in the end affects world-Jewry, as the majority of Jews live in America and Israel.  Being different is not something to be ashamed of, but rather something to be proud of.  For our entire history, Jews have been “different”.  Ironically, it is here in Israel that I no longer feel different.  During Hanukkah last week when I pulled into my work’s parking garage in Herzliya, I rolled down my car’s window and yelled, “Chag Sameach” to the security guard standing outside.  He gave me a huge smile and yelled back, “Chag Sameach.”  Simple acts like these which Israelis who were born in Israel take for granted are some of the most beautiful, special moments for me as an olah living in the State of Israel.

About the Author
Rachel Ashkenazi is a Senior Business Development Professional at GigaSpaces Technologies. She is passionate about painting, new technologies, Israel and writing. Rachel has lived in Israel the past 7.5 years and is the author of the popular blog "The Story of a Lone Immigrant."
Comments