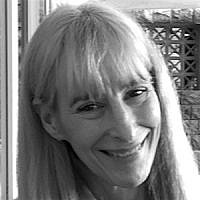 The Blogs
Janina Frankel-Yoeli
Apply for a Blog
Please note that the posts on The Blogs are contributed by third parties. The opinions, facts and any media content in them are presented solely by the authors, and neither The Times of Israel nor its partners assume any responsibility for them. Please contact us in case of abuse. In case of abuse,
Report this post.

To belittle the terrible significance of the newly passed Nation-State law is to be blind to the future towards which the Netanyahu government is in such relentless pursuit.  Not to see beyond the law’s purported canonization of the “status quo”, to understand that it is something much, much more, is myopic to say the least.

I love my country, but I don’t underestimate the intentions of our current government. “Fascism will come to America carrying a bible and wrapped in a flag” isn’t sui generis and it doesn’t happen overnight.

Many of us who took to the streets last night believe this law to be a cornerstone on which to build a legal infrastructure intended to mitigate the demographics buried in this government’s trajectory to annex, whether de facto or by declaration, the Occupied Territories.

To that end, maintaining the “Jewish character” of Israel will require minority rule and whatever it takes to secure it.  Call it what you will, that is the precipice on which many of us believe we stand, and that is the context within which this law nudges us closer to the edge.

As “facts on the ground” may already have sealed our fate, as the assault on an independent judiciary carries on apace, as our leaders fall in lock-step with the global trend to undermine the value and effectiveness of a free press, as speech is curtailed, as the rights of women and homosexuals are chipped away, as dissension  and dissenters are labeled traitors of the State, as all this is being codified in the margins and shadows of a mean and ugly law, what else is required to open our eyes?

The fact that Netanyahu and his co-conspirators do not name it what it has not yet become is a tactic that history has taught us to understand.

I, and many Israelis, are fighting for the Jewish character of the State as we believe it should be and as it was defined in our Declaration of Independence; one, “based on freedom, justice and peace as envisaged by the prophets of Israel; it will ensure complete equality of social and political rights to all its inhabitants irrespective of religion, race or sex”.  If we abandon those principles then Israel abandons any right to consider itself a “light unto the nations”.  Without them we present ourselves in the family of nations as a soulless void committed to survival for survival’s sake whatever the cost.  If this is what we amount to then we’ve abdicated the imperative to define ourselves by our values and not through the subjugation of democracy.

Most of us who rail against this law consider ourselves patriots no matter how cravenly the government manipulates the masses to view us otherwise.   This is nothing new.  Israel has harbored, and it’s leaders have nurtured, these inclinations for decades.  Not long ago, also under the tutelage of Mr. Netanyahu, this defamation resulted in the assassination of a leader.  Who knows what the future holds?  The world, led by America, is in a dark place where racism and hatred, fertilized by insecurity, thrive.  Those of us who are committed to justice are obligated to act.  At a time when many Americans are fighting to preserve their trajectory towards an “ever more perfect union”, many Israelis see ourselves in a similar fight against similar forces which, in the name of patriotism, aim to derail us on our way. 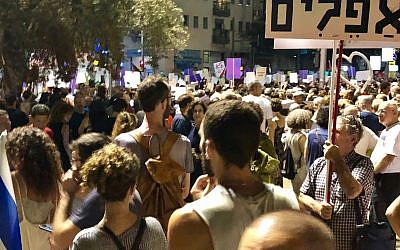 Tens of thousands of Israeli Jews and Arabs came together in Rabin Square to protest the Nation-State Law. 11/8/2018
About the Author
An American-Israeli who believes in the “better angels” of both countries. I am passionately American, passionately Israeli and committed to justice and liberal democratic values. You can imagine that am also profoundly heartbroken. But I’m not defeated. At least not yet.
Comments