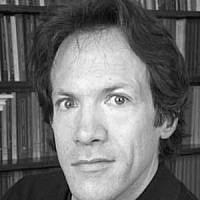 The Blogs
Michael Gottsegen
Apply for a Blog
Advertisement
Please note that the posts on The Blogs are contributed by third parties. The opinions, facts and any media content in them are presented solely by the authors, and neither The Times of Israel nor its partners assume any responsibility for them. Please contact us in case of abuse. In case of abuse,
Report this post.

Obama’s interview with Tom Friedman merits close study. At one point, in response to a question about commonalities in Obama’s pro-engagement approach to Cuba, Iran and Burma, Obama talks about the risk versus reward calculation in each of these cases that favors engagement. As Obama notes, there is little potential downside risk to the United States in the policy changes in relation to these countries that he is seeking to bring about.

As I read this, I found myself wondering if the US would be so quick to propose analogous terms to those it is offering to Iran, if it were Cuba not Iran whose nuclear weapons program was on the table. Would the Obama administration be ready to offer such terms to a Cuban government that had been covertly engaged in nuclear weapons research, that is presently engaged in developing missiles that could hurl nukes at American cities, that has been engaged in stirring up trouble in all the countries on the US borders, and that had the potential to earn billions of dollars in revenue to fund its nefarious projects if it were freed from current economic sanctions. Would the US be willing to trust in Cuban assurances that it would not cheat, or be willing to trust in the capability of the US and IAEA to detect any covert efforts to cheat on the terms of the agreement? Would it be willing to permit the Cubans to continue to develop their nuclear technologies, or to restrict the freedom of inspectors to visit military sites? Would the US be prepared to grant sanctions relief before the Cubans had demonstrated change in their foreign and defense policy?

While this line of reflection may bring to mind the American reaction to the discovery of Soviet built missile bases in Cuba, which was much less forgiving than the terms which the P5+1 are presently offering to Iran, I choose not to pursue this line of argument because the context was so very different, and Cuba was, at the time, a proxy for the Soviet Union which was a great power and ideologically committed to the destruction of the U.S., which can hardly be said of small, poor Cuba today.

But if Cuba had oil and a population of 54 million, and was ideologically committed to the destruction of the US, and if it had been seeking to stir up trouble on the US perimeter, and had been caught multiple times trying to build weapons that could threaten the US with destruction, etc., etc. would the US be willing to offer it such terms as the US is willing to offer Iran today?

Manifestly, the US would not be willing to offer such terms to a prospectively nuclear armed Cuban enemy so close to its borders.

I spell out this hypothetical case in such detail so as to suggest a thought experiment, or exercise in moral imagination, whichmight make apparent why the Netanyahu government and most of the Israeli population looks at the proposed P5+1 deal with Iran so very differently from the way the Obama administration looks at it. In short, Iran is that armed, hostile, potentially very rich, enemy which aims to acquire nuclear weapons, which is almost as close (a non-ICBM missile away) to Israel as Cuba is to the United States.

Indeed in his interview with Friedman, Obama acknowledges that Israel’s physical proximity to Iran, and the cavalcade of antisemitic and genocidal rhetoric that flows unceasingly from Tehran, inevitably makes things look different from Jerusalem than they do from Washington. But this being said, Obama insists that the deal is really better by far for Israel than any realistically achievable alternative.

But in reflecting upon Obama’s remarks, it needs to be remembered that Obama was hired to serve the American national interest not the Israeli national interest, and where these differ — and there can be such difference even among close allies — Obama must privilege the one over the other. (Bibi’s emphasis of late on Iran’s ICBM development program as “obviously” aimed at threatening the US (and not Israel in particular) clearly aims, however quixotically, at closing the gap between these two perspectives.) Thus Obama, with an eye to the US national interest, has a wider geopolitical horizon and properly takes the longer-view, and sees all kinds of upside potential if Iran complies with the terms of the deal and, as a result, becomes a more responsible member of the world community.

The bottom line, however, is that if the US and the P5+1 are wrong in their judgment, it will be Israel that pays the price for this error. This does not mean that from the US perspective, this is not a risk worth taking for the sake of the potential upside, that is, for the sake of a world in which Iran becomes a responsible actor pursuing a moderate course in world affairs. But if the US really intends to have Israel’s back as it moves forward with this deal, it may want to try harder to change the terms of the deal so as to give Israel some additional insurance against the disaster that the deal’s downside risk portends for Israel.

There is another reason why the US must try harder to shape the final deal in ways that incorporate the changes the Israelis would like to see in its terms. This reason goes back to the difference between the strategic vantage points of the US and Israel, and the fact that responsible leaders are responsible to their own publics and must give prominence to the strategic needs and interests of their own nations. Thus just as we don’t expect Obama to place the Israeli national interest ahead of the American national interest, neither should we expect Israeli leaders to place the American national interest ahead of that of Israel.

What this means practically, for an Israel faced with a nemesis which daily threatens Israel with annihilation from a base that is almost as close to it as Cuba is to us, and for an Israel that is, as the former Iranian president, Rafsanjani observed, only one Iranian nuclear bomb away from total destruction, is that Israeli leaders might feel obligated to act in accordance with what they calculate to be the Israeli national interest even if it dictates military actions against Iran that the US opposes.

And in passing I will note that the argument that is widely heard these days that this deal is better than military action because the latter would only set Iran’s program back by several years, in contrast to the decade or more of relief from an Iranian nuclear threat that the proposed deal would offer, is based upon certain highly dubious assumptions. The first dubious assumption is to equate a certainty (that an attack would set Iran’s program back for some length of time) with a hope (that Iran would fully comply with the agreement and not develop (deploy or use) a nuclear weapon under the cover of the agreement).

The second faulty assumption is that military action against Iranian nuclear development facilities would be a one-off, and that the result of such a strike would be an accelerated Iranian nuclear weapons program that would be unstoppable.

But why is it assumed that there could not be a series of successive military strikes against Iranian nuclear facilities (and other strategic targets) over the course of time, coming as frequently and as relentlessly as renewed Iranian nuclear development efforts might necessitate, until the Iranians finally decide that it is worth the cost of foregoing such weapons development programs and agree to dismantle the entire military and industrial infrastructure that exists only to support such programs.

In pointing this out, I am not arguing that Israel should attack Iran, but I am pointing out why Israeli leaders may someday feel compelled to do so, despite the opposition of their American ally, if they decide that they cannot responsibly refrain from doing so in the face of a potential threat to the very existence of the State of Israel that, by their estimate, has not been removed or forestalled by the terms of the P5 + 1’s agreement with Iran.

Since such a strike, understandable as it might well be in terms of the Israeli national interest, would potentially prove to be quite detrimental to the interests of the US and its European allies, it is incumbent upon the US, between now and June 30th, to fashion an agreement that goes as far as possible to address the Israeli objections to the parameters of the pending deal.

If the possibility of a unilateral Israeli strike upon Iran, in the face of the prospect of condemnation by the US and the Security Council that would surely follow such an attack, seems so unlikely as to be a possibility that is so unlikely as to be entirely discountable, just ask yourself how the US might respond to an adversary located just beyond its borders, which regularly threatened it with destruction and which was busily seeking to develop a doomsday bomb that might threaten the US with total annihilation.

About the Author
Trained as a political theorist at Columbia University and in Religious Studies at Harvard, Michael Gottsegen (Ph.D., 1989) has worked in and out of academia since the early 1990s, having taught at Columbia and Brandeis before coming to Brown. A book based on his thesis, "The Political Thought of Hannah Arendt," was published in 1994.
Comments