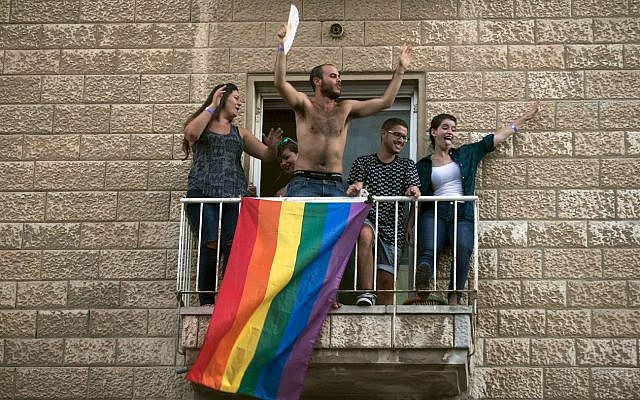 Last year’s Jerusalem’s Pride March was an unexpected record-breaking 22,000 people, many of them religious heterosexuals, fed-up with and embarrassed by the unabashed bigotry and hatred of hundreds of Israeli rabbis.

This year the organizers expected 30,000 demonstrators. This seemed not too much as a demonstration in Tel Aviv against a new anti-gay law just weeks ago draw 100,000 people.

I expected to blog why it was a new record again, but I’m forced to write about something else. “Only” 20,000 people showed up. That’s still almost as much as the whopping size of last year’s March but it’s not a record and organizers admitted to having been a bit disappointed.

They say that size doesn’t matter but it does. And we should learn from mistakes not to repeat them.

First of all, there were a lot of favorable conditions.

What Helped the March’ Size

Secondly, there were some things that must have reduced the number of marchers.

What Hindered the March’ Size

Allow me, now we’re talking about GLBTQ Oppression, to comment on something related in the news.

A closeted US Neo-Nazi of 20 stabbed his 19-year old gay Jewish “friend” to death. He claimed that the victim had tried to kiss him. He is now charged with an anti-gay hate crime, facing a stiffer penalty. But this is by his own admission that makes him seem kind-of innocent. He was only defending himself against this vile pervert, no? As Neo-Nazi, he should not be believed and be charged with a hate crime of killing a Jew.