The Blogs
Jonathan A. Greenblatt
Apply for a Blog
Please note that the posts on The Blogs are contributed by third parties. The opinions, facts and any media content in them are presented solely by the authors, and neither The Times of Israel nor its partners assume any responsibility for them. Please contact us in case of abuse. In case of abuse,
Report this post. 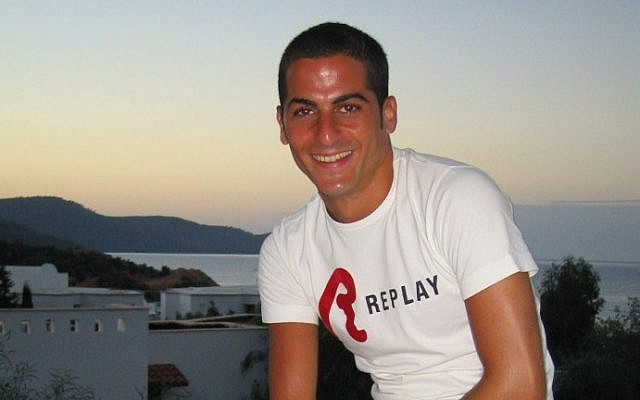 Ilan Halimi, kidnapped and murdered by an anti-Semitic gang in Paris in 2006, (Courtesy of Stephanie Yin/JTA)

Fourteen long years have passed since the murder of Ilan Halimi, the young French cell phone salesman who was kidnapped and held for ransom in a basement in a Paris suburb where he was starved, tortured and beaten for 24 days before his captors gave up their depraved plan to cash in on a young Jewish life.

The memory of this horrific event – seared for a time on the consciousness of France – has been fading in the wake of the murders of 10 more French Jews in anti-Semitic attacks in the intervening years. But we cannot let the world forget the tale of Ilan Halimi, both for the warning it provides about the lethality of anti-Semitism, and for the message his torture and death sends about the twisted allure, power and endurance of anti-Semitic canards.

In Ilan’s case, his undoing wasn’t the beautiful woman who lured him into a deathtrap. It was a single stereotype: Jews are wealthy and horde their money. Ilan’s kidnappers, a self-proclaimed “Gang of Barbarians,” believed that Ilan’s family and the Jewish community would turn over these untold riches in exchange for their son.

But Ilan’s working-class family had nowhere near the fortune demanded by the “Gang of Barbarians.” Through ignorance and anti-Semitism, the kidnappers found themselves in a position of having committed a terrible crime but without any chance of reward, and they took out that frustration on him. Ilan’s family found themselves victims of the age-old stereotype of Jews and money, but without the means to ransom their son.

I remember reading about this terrible crime when it happened, long before I entered Jewish communal life. Reading about Ilan’s horrific fate felt like a dagger plunged into my soul. When I started at ADL, I intentionally prioritized France. It was the first country that I visited outside the US and Israel. With the help of CRIF, French Jewry’s representative organization, I was able to meet Ilan’s mother, Ruth Halimi.

It was a wrenching and emotional conversation, but Ruth’s courage and strength were inspiring. As a parent, it is hard to imagine losing a child, let alone in such an unspeakable manner. And yet, Ruth’s quiet fortitude was palpable. She had suffered so much, grieved for so long, and yet she carried her painful burden with solemnity and strength.

We spoke for several hours. At the end of our conversation, when I asked her if there was anything that ADL could do to help her, she handed me a large manila envelope. It contained her manuscript. She looked me straight in the eye and squeezed my hand. Ruth asked me to share her story. I couldn’t look away. I promised that I would do so.

Three years later, it is truly a privilege to be able to make good on that promise and honor Ruth’s request.

The story of Ilan’s kidnapping and the harrowing weeks that followed is recounted by Ruth in her gripping memoir “24 Days,” which was published in France nearly three years after her son’s death and water later turned into a French-language film of the same title. As we observe the 14th anniversary of his death this week, “24 Days” is, as of today, available for the first time in bookstores in the US, in a new translation authorized by Ms. Halimi and co-published by ADL and Behrman House.

Why is the retelling of his story important for American audiences? Because we recently have seen in America what can happen when anti-Semitic tropes about wealth, secret control of governments, and treacherousness are taken by anti-Semites to their seemingly logical conclusion — if the Jews are so powerful and malignant, then something must be done to stop them.

During the past three years we have seen this conclusion lead to violence against Jews in America, where we had thought, perhaps wrongly, that we were immune to the disease of violent anti-Semitism that had plagued France.

The Pittsburgh synagogue shooter was a white supremacist who believed that Jews were plotting to flood America with immigrants, thus diluting what he perceived as its dominant white culture. The Poway synagogue shooting, six months to the day after the Pittsburgh attack, was committed by another hateful gunman who fulminated online about his hatred for Jews and all non-Christians. The shooting in Jersey City was committed by a homicidal maniac who claimed that Jews were not authentic but instead somehow related to a “synagogue of Satan,” a vile slur used by Louis Farrakhan for years.

As she recounts her son’s ordeal in “24 Days,” Ruth Halimi points to these and other events in America, showing the line from her son’s death to these episodes. She writes, “This is not only my son Ilan’s story. I want it to be published to remind people of what hatred and intolerance can do, hatred for the other, intolerance of what we see as different. Given the world we live in today, we have to remember that we are all people, regardless of our beliefs. Otherwise, there will be very dark times ahead.”

Today, I’m proud to say that we have delivered on my commitment to Ruth. I hope this new English-language edition of her book will help keep Ilan’s memory alive, and also serve as a warning to us all.  Ilan’s story is more than a tragic episode in Jewish or French history. His fate shows the deadly consequences that can occur anywhere, or to anyone, when hatred is left unchecked.