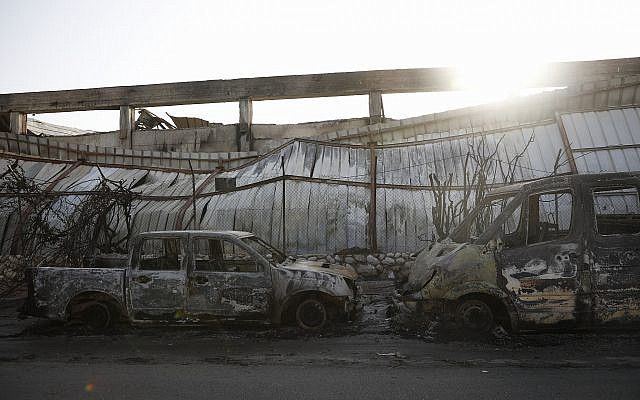 Hundreds of rockets were fired at Israel, schools and businesses shut and Israelis fled to air raid shelters. In response, the Israeli Defence Forces bombed military targets in Gaza. All horribly familiar to observers of Israel’s long war with Gaza since it withdrew from the territory in 2005.

Only this time it’s different. Palestinian Islamic Jihad (PIJ), not Hamas, are firing all the rockets, in response to Israel killing one of its leaders, Baha Abu Al-Atta, earlier this week.

Israel and Hamas were recently edging closer to a long-term ceasefire deal, mediated by the UN and Egypt, to improve conditions in Gaza by easing restrictions on the import of goods and fuel. Hamas hasn’t changed its ideology or reduced its military capability, but it does appear to have altered its intent, deciding that a major conflict with Israel is not currently in its interests. Hamas wants to lead the Palestinian national movement, to do that it must end its bitter conflict with the Palestinian Authority in the West Bank. The ceasefire deal was an opportunity to improve its woeful record ruling Gaza and providing basic services to 1.8m Gazans. To win more political power, it is even prepared to take part in elections held by the Palestinian Authority next year.

Palestinian Islamic Jihad (PIJ) is more radical than Hamas and, despite Egyptian attempts to secure its support, opposed the ceasefire and for months has continued rocket and shooting attacks against Israel and Israeli forces on the Israel-Gaza border. Baha Abu Al-Atta was the driving force behind much of this activity and Israeli intelligence have been closely monitoring him for months. The Israeli Chief of Staff Aviv Kochavi said the decision to target Atta was taken because he was planning a series of large-scale attacks against Israel in the days ahead.

PIJ is smaller than Hamas but has thousands of rockets in its arsenal and 15,000 heavily armed fighters at its disposal. Hamas and PIJ receive finance and weapons from Iran, but PIJ has a closer relationship. Atta had strong links with senior Iranian personal and, as a result, his recent strategy to intensify attacks against Israel has been interpreted as part of a wider Iranian plan to pressure Israel on multiple fronts.

In a significant departure from usual policy, Israel has responded to the rocket attacks by only hitting PIJ military sites and PIJ fighters firing rockets. Usually it also attacks Hamas sites, holding Hamas responsible as the ruler of Gaza. This is a recognition by Israel of Hamas’s dilemma; by leaving Hamas bases untouched, Israel is signalling for Hamas to stay out of the fight. Hamas will be under immense pressure from PIJ and more radical groups to begin its own rocket attacks and if Israeli strikes cause civilian casualties it may feel it has no choice.

Neither PIJ or Israel appear to want an escalation into a wider and more destructive conflict, but that doesn’t mean it won’t happen. PIJ may be content to declare it has avenged the death of Atta and won more support in Gaza by taking the fight directly to Israel when Hamas appears reticent to do so. For Benjamin Netanyahu and the Israeli military and intelligence chiefs, the primary goal was to weaken PIJ and prevent a wave of impending terrorist attacks that they calculated would be far more dangerous than the fallout from killing Atta.

Netanyahu this week appointed Naftali Bennett as Defence Minister and ensured that Benny Gantz was kept updated with security briefings. His intent was to bind them in to current policy, which they have both heavily criticised. The bizarre reality is that for all his tough talk, Netanyahu has quietly pursued a wide-ranging deal with Hamas and it was Palestinian Islamic Jihad who decided to take action to destroy it.