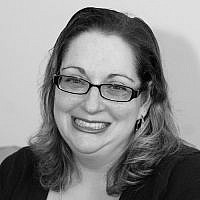 Just a few days ago, I returned from serving on my seventh summer as faculty at Union for Reform Judaism’s Crane Lake Camp. I spent two weeks in what is called “The Bubble,” meaning the safe, fun, and idyllic world that camp creates, and which is often so different from the outside world. The long days of teaching, singing, praying, and planning are so very worth every moment, as I come back each summer rejuvenated, re-inspired, and with fresh perspectives on my role as a Jewish teacher and spiritual leader.

As an adolescent, I spent three transformative summers at URJ’s Olin Sang Ruby Union Institute camp in Oconomowoc, WI. Though I was already active in my home synagogue, OSRUI enabled me to experience Judaism in a completely immersive way. My life as a Jew no longer was restricted to the synagogue walls, or to my family’s Shabbat table. Rather, I saw the ways in which Judaism could be infused into everything that filled my days – sports, arts, music, games, and even mundane chores like cleaning the cabin or setting the table. Jewish values and ethics could inform the ways in which I made daily choices, took part in conversations, or even how my friends and I treated each other.

Also as formative was getting to know Jewish professionals in an informal setting. My community’s rabbis and cantors rode around camp on bicycles, in t-shirts and shorts. This was crazy – a rabbi in anything other than a suit? A rabbi exists off the bimah? A rabbi can have FUN? Even more fascinating to me was meeting my unit head who was studying to be a rabbi. She was fun, cool, smart, and obviously devoted to Judaism just as much as I was. She was the first woman (almost-)rabbi I had met, as well as the first rabbinical student. Though I didn’t decide to become a rabbi for another six years, her presence clearly lodged itself in my subconscious.

As each summer came to a close, I knew two things – I never wanted camp to end, and I always wanted my life to feel like it did at camp.

Now in my fourteenth year as a congregational rabbi, I witness again and again the positive impact of Jewish camping, and the lessons our campers bring home with them:

At each pulpit in which I’ve had the privilege to serve, my passion for camp has been a key part of my rabbinate. My weeks as faculty push me to think more creatively, and to work to include new modalities and concepts into my teaching. I get to brainstorm with influential, brilliant colleagues from all over our region, and I get to teach elective classes like, “Up, Up, and Oy Vey! Creating Jewish Superheroes;” “How Do You Say, ‘Broadway’ in Hebrew?” and “Angels, Demons, and Dybbuks, Oh, My!”

Back home, I bring as much of the camp ruach (spirit) to congregational life as I can, by teaching all ages that Judaism can be enjoyable and meaningful to us as individuals, while we also actively work at making the world around us a better place for everyone. I encourage as many religious school students as possible to attend a URJ camp each summer. And, in gratitude for my own years of growth and transformation at camp, I serve on faculty to help shape our future Jewish leaders. I have incredible faith that the magic of camp, filled with love, kindness, and happiness, will play an enormous part in repairing our broken world. In fact, I have no doubt.