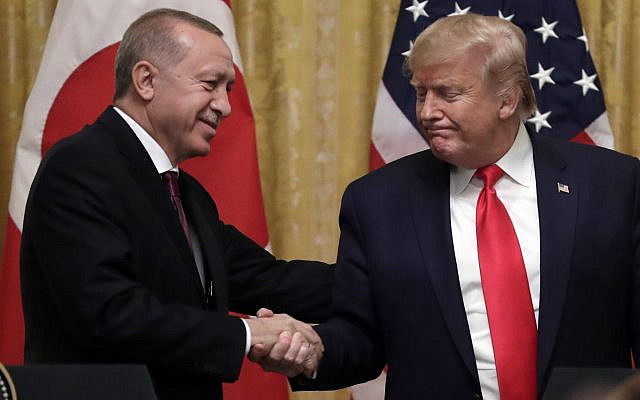 In the last few years, I have talked to many Israelis who say things like “Trump is good for Israel.”  When I try to explain that he is not, I fail.

Three themes that will permeate this blog.

1. Trump deals with the world by rewarding people whom he views as friends and punishing those whom he views as enemies. Examples include Erdogan, Putin, McConnell, and Liz Cheney. He has taken over both the Republican party and the United States Senate this way.

2. Everything that Trump has done in Israel’s favor has been popular with his evangelical base, upon which he is dependent politically.

3. Trump will only help his friends when he has nothing to lose by doing so.

Benjamin Netanyahu has known Trump for years. Though Netanyahu has many faults, he is extremely shrewd in evaluating people. It would only have taken Netanyahu a few minutes to figure out that Trump rewards his friends. Netanyahu has made sure that Trump viewed him as a friend ever since. Years later, Trump became President at a time when his old “friend” Bibi was Prime Minister of Israel. As a result, with one exception discussed below, Netanyahu has been able to play Trump like a fiddle. Getting Trump to do his bidding was an easy sell, because both Trump and Netanyahu viewed Obama as an “enemy.”

There are four reasons that some say that Trump has been good for Israel:

2. Trump recognized the Golan as being part of Israel.

4. Trump changed the way the United States dealt with the United Nations.

Each of these claims is fundamentally flawed.

Trump did not move the American Embassy to Jerusalem; Congress did when it passed the Jerusalem Embassy Act of 1995. The President can waive the provisions of that Act,  only if he finds that to do so would impair the national security interests of the UNITED STATES. By the time Trump became President, moving the Embassy to Jerusalem could not impair the security of the United States.

Trump’s refusal to sign the waiver was wildly popular with his evangelical base.

All Trump had to do was nothing, which is what he did.

I doubt that Trump understood that he could not legally sign the waiver; he has disregarded his legal obligations repeatedly. Rather, he was rewarding his friend Bibi.

It cost Trump nothing.

Trump’s decision to recognize the Golan as part of Israel, is no basis for supporting him. For all practical purposes, the Golan is part of Israel and has been since 1981, when the Knesset voted to apply Israeli law there. When one goes to the Golan, one sees  Israeli soldiers defending the border. Once again, Trump was able to reward his “friend” Bibi, who was in the middle of yet another campaign at the time.

It cost Trump nothing.

After Trump helped Netanyahu in his campaign, Netanyahu owed him. Consequently, when Trump was running for President in 2020, he was able to claim that he had been responsible for the Abraham Accords. Netanyahu repaid his debt by allowing him to do so.

In fact, Trump had little to do with the establishing the Abraham accords as Yossi Cohen explained in a speech in 2019. In 2017, Cohen, who was close to Netanyahu, was the head of the Mossad. That year, when Trump was still learning how to be President, Cohen contacted Saudi Arabia’s Prince Mohammed bin Salmon (MSB) and began negotiations on the Accords. The turning point came in September, 2017, when MBS visited Tel Aviv. Ever since, relations between Israel and Saudi Arabia have improved. While Saudi Arabia has not yet entered into the Accords, the United Arab Emirates and Bahrain, following Saudi Arabia’s initiative, have.

Trump’s actions towards the United Nations follow the same pattern. Once again he rewarded his friends, this time Nikki Haley and Bibi, as well as punishing his enemy, Obama. Haley, Trump’s Ambassador to the UN, is smart, diplomatic and tough. She explained: “there is a new sheriff in town.” She meant herself.

Haley made sure that Trump viewed her as a friend and is said to have been instrumental in formulating Trump’s position on the UN. Haley has long been gone as UN Ambassador. Who knows what Trump will do next without her. When Netanyahu, as Prime Minister of Israel, sent Biden, as the newly elected President of the United States, congratulations on his victory, Trump said publicly “Fuck Bibi.”

There was one time that Netanyahu was unable to use his friendship with Trump to benefit Israel: when Trump had to choose between two friends: Erdogan and Netanyahu.

Trump had previously met with Erdogan at the UN and welcomed him to the White House. He described Erdogan as his “friend”, saying he was doing a terrific job for the people of  Turkey. He congratulated Erdogan in helping in the fight against terrorism at a time when Turkey was allowing Hamas to plan attacks on Israel from Istanbul.

In December, 2018, Erdogan called Trump and asked him to pull the American troops out of northern Syria, so that Turkey he could attack the Kurds, who had been an American ally in the fight against ISIS, suffering almost 11,000 casualties in the process. Trump’s decision to back Erdogan was taken over the objection of both his staff and the military. The Secretary of Defense resigned in protest.

Trump agreed, even though it allowed Iran to complete an arc from Iran to the Sea from which to attack Israel. When Netanyahu tried to call Trump about this, Trump refused to accept his call.

The way that Trump chose between friends was simple. There is a complex of Trump towers in Istanbul. According to tax records, the Trump organization receives $1,000,000 a year from Turkey as a result.

Trump had much to lose had he not acceded to Erdogan’s request.

Finally, there is a reason that the United States and Israel have been allies for at least four decades. The countries have a common value: democracy, a value which with no other Middle Eastern country shares. The assault on the Capitol on January 6th 2021 in which Trump attempted to thwart the democratic electoral process, shows that Trump cares only about himself, democracy be damned. Israel simply cannot afford to have the United States cease to be a democracy, especially to a man who will sell Israel out in a heartbeat for money.

About the Author
Before making Aliyah from the United States, I spent over three decades as a lawyer in the United States. My practice involved handling many civil rights cases, including women's- rights cases, in State and Federal courts. I handled numerous constitutional cases for the ACLU and argued one civil rights case in the United States Supreme Court. I chaired the Colorado Supreme Court's Committee on the Rules of Criminal Procedure and served on the Colorado Supreme Court's Civil Rules and Rules of Evidence Committees. Since much of my practice involved the public interest, I became interested in environmental law and worked closely with environmental organizations, including the Environmental Defense Fund (EDF). I was on the Rocky Mountain Board of EDF. I received an award from the Nebraska Sierra Club as a result of winning a huge environmental case that was referred to me by EDF. I also developed significant knowledge of hazardous and radioactive waste disposal. I was involved in a number of law suits concerning waste disposal, including a highly-political one in the United States Supreme Court which involved the disposal of nuclear waste. As I child I was told by my mother, a German, Jewish refugee who fled Nazi Germany, that Israel was a place for her and her child. When I first visited Israel many years later, I understood what she meant. My feeling of belonging in Israel caused me to make Aliyah and Israel my home. Though I am retired now, I have continued my interest in activism and the world in which I find myself.