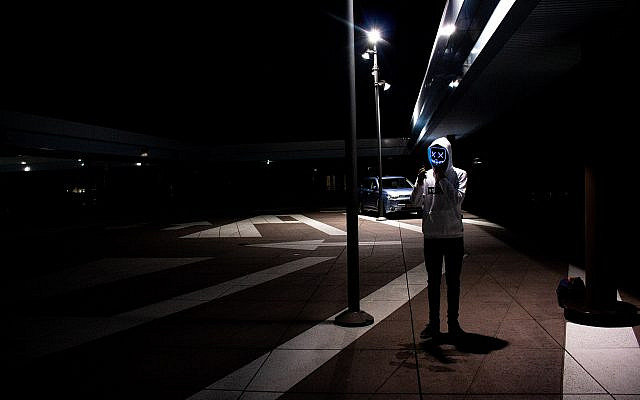 Would You Walk Here? (Free to Use Photo by Sebastiaan Stam from Pexels)

It was a great time for murderers and rapists. Yes, March 27 was Earth Hour 2021.
Landmarks all around the world turned off their lights for the 11th Earth Hour. In the United Kingdom some 400 landmarks, from Buckingham Palace to Helix Park, the Home of the Kelpies in Falkirk, Scotland, went dark to celebrate the event.

This symbolic event was intended as a call for international unity on the importance of climate change. Perhaps the Greens have forgotten another climate that has, fortunately, already changed – the Climate of Fear. No longer do we walk through dark streets and alleys.

Back in the dark days of 1888, there was almost no lighting in the streets of London’s Whitechapel and Spitalfields. When the shops closed, and the pubs put out both their customers and their lights, the streets were left in darkness.

Of the many lowlifes to take advantage of the night-time was Jack the Ripper. Stalking the unlit streets, he is believed to have killed as many as eleven women. Such was the darkness that shrouded London, he was never caught, and his identity remains unknown. There are more than a hundred named suspects to choose from.

So why would anyone want to turn lights off?

On 3 February 1879, the UK’s Newcastle upon Tyne showed the world that darkness could be defeated when its new street lights went on. In the United States, following closely, Cleveland, Ohio lit up on 29 April 1879.

In 1878, the only streets in London to be lit with electrical arc lamps were Holborn Viaduct and the Thames Embankment. But, just three years later, London had caught up and had more than 4,000 lamps.

The last time London’s street lights were intentionally switched off, apart from strikes and accidents, was during World War II. Blackout regulations came into force on 1 September 1939, just days before the declaration of war.

Today, London is experiencing a rising incidence of serious violence in the streets. There has been a steady increase in the use of knives in both murders and robberies. The UK is already suffering from a “rape culture” in some of its elite schools. (I won’t go into details, the interested reader can see for themselves in the Telegraph’s article: Elite school ‘rape culture’ scandal.)

Why would anyone want to turn lights off?

Perhaps a better way to mark how electricity and lighting have improved our lives, and made the world a safer place, would be to turn all the lights on!