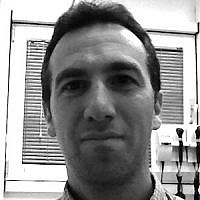 The Blogs
Jonah Kruger
Apply for a Blog
Advertisement
Please note that the posts on The Blogs are contributed by third parties. The opinions, facts and any media content in them are presented solely by the authors, and neither The Times of Israel nor its partners assume any responsibility for them. Please contact us in case of abuse. In case of abuse,
Report this post.

My son loves my iPad, and at the tender age of 8, he seems to be a pro at using it. Icons of games he downloads clutter the virtual landscape, and all too often my sliding fingers encounter unwelcome resistance from sticky patches on the smooth glass screen. Many parents, I’m sure, can identify.

Parents of kids with ADHD in particular are astounded by how focused their child can be while engaged in a video game, and by how long they can maintain their concentration for. So why is it that they aren’t able to harness the same degree of efficiency when tasked with daily chores, routines and school-work?

The key to unlocking this mystery is understanding that the brains of kids with ADHD are wired differently than others. This gives them an altered perception of the world around them.

Video games have a few key elements that make them ideal for engaging and captivating an ADHD brain. Recognizing, internalizing and translating those elements into parenting techniques is a critical skill all parents of children with ADHD should master.

One common difficulty that children with ADHD struggle with is the concept of distant reward. Kids with ADHD are easily distracted, have weak short term memories, and struggle with abstract concepts. So a verbal promise of a reward to be given at some time in the future is a weak motivator that is quickly forgotten. In order for reward to be an effective motivator it must be concrete, clearly visible and immediately available. If the image of a giant carrot on a stick comes to mind then you are on the right track.

When a particular activity succeeds in causing constant and repetitive stimulation of the reward centres of the brain its inherent value greatly increases. This in turn, paves the way for sustained activity. Failure to do so, however, quickly results in boredom and cessation of the activity.

The second critical element is the time factor. Many children who suffer from ADHD have a type of time insensitivity. This means that they often don’t sense the passing of time as felt by others. This often translates into difficulty in being efficient in completing a task. Simple requests can often take a frustratingly long time to be completed, leaving parents irritated, drained and often late. For the child with ADHD, time is an abstract idea that is quickly forgotten.

Video games often have a clearly visible indicator of time that provides constant input to the player . Continued participation in the game is often predicated on finishing a task in a given amount of time. By making time an immediate and valuable commodity, even for the most severe of ADHD brains, maintaining awareness of the time factor becomes possible.

One of the greatest challenges posed to the ADHD brain is dealing with the constant stream of stimuli from the world around us. The normal brain is able to effectively use filters to prevent unwanted stimuli from attacking our focus. But in the ADHD brain, such filters are often impaired. Many unwanted or irrelevant stimuli successfully penetrate through the brain’s defenses. These stimuli all simultaneously compete for attention, and the end result is distraction.

Video games it seems, are effective, not so much by increasing the brains inherent ability to concentrate, but simply by providing overwhelmingly effective stimuli that beat out all the other competing stimuli (a sort of Darwinian “survival of the fittest” for stimuli). The bright colors, amusing sounds and stimulating graphics make for one tough cookie of a stimulus that will easily trump all others (including the parent’s requests to put away the iPad and come for dinner).

Gaming Them Into Submission

So video games teach us that children with ADHD respond best to tasks that are highly stimulating, and provide for immediate and concrete rewards. Easily visible clocks or timers are crucial in making the abstract concept of time palpable and relevant. The challenge, is applying these elements to everyday life, or in essence, gaming your kid into submission.

The morning routine is a great example of how this method can be applied. Here is a simple game to try;

Stand with your child next to a large, digital countdown timer (the oven clock works well). Set the timer to start the countdown from 15 minutes and then challenge the child to complete the morning routine before the time runs out. Adding in some exciting background music (Mission Impossible?) adds to the excitement. The child must complete the mission and press the stop button on the timer before the time elapses. The total number of minutes remaining on the clock equals points accumulated for that particular morning. Points can then be exchanged for prizes (keep it small and simple); the more points you accumulate the better the prize you get. Chances are you will be amazed at how efficient your child will be at completing the task at hand alleviating much stress and frustration from the morning routine.

Fixing any problem demands using the right tools. A critical step towards parenting a child with ADHD involves developing a new and appropriate skills set for tackling the challenge. Often, the usual principles of good parenting that are effective for other children just don’t seem to work for those with ADHD. The result can be intense anger and frustration that only serve to worsen the situation.

By observing what your child does well, one can can unlock the secrets of their neurological wiring and implement appropriate and effective parenting skills. Undoubtedly, doing so requires dedication, persistence, patience and creativity. But as you enjoy an extra cup of coffee tomorrow morning while your little one is off on a mission, you will probably agree, that it is well worth the effort.

About the Author
Jonah Kruger is a doctor who lives and works in Jerusalem. He studied medicine at McMaster University in Canada and completed his specialty training in pediatrics at Hadassah Medical Center, Mount Scopus. He treats children and adults privately for ADHD at Jerusalem's Wolfson clinic. He can be contacted at drjonahkruger@gmail.com
Related Topics
Related Posts
Comments